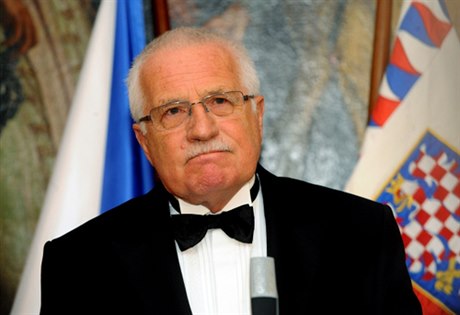 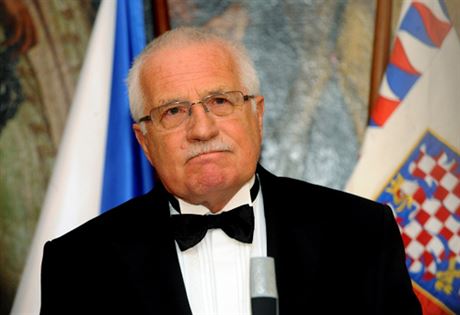 Czech head of state Václav Klaus has refused the suggestion that he give a presidential pardon to a former bus driver now facing prison after defacing political party election posters.

Klaus, known for his firm faith in political parties as the real reflection of public opinion — and himself the principal founder of the main governing center-right Civic Democrats (ODS) — has refused to intervene in favor of popular hero, Roman Smetana, on the grounds that neither Smetana nor those close to him are in difficult financial circumstances, Czech media reported on Wednesday.

“Many people have asked for a pardon for Mr. Smetana, and the president has decided that he will not give it,” commented the head of the presidential office, Jiří Weigl, according to the news server iDnes.cz.

Smetana has become a cult hero for many Czechs following his battle with the police and judicial system after refusing to serve part of his sentence for defacing political election posters during the mid-2010 campaign for the lower house. His felt pen changes to the candidates’ photos and comments on their pledges targeted all political parties, but the ODS was the main victim and later lodged a criminal complaint against the bus driver from the eastern city of Olomouc.

The country’s Supreme Court is now reviewing the 100-day prison sentence handed down to Smetana by a judge, the wife of a former top ODS politician and former interior minister Ivan Langer, for refusing to comply with a community service order imposed as part of initial sentence. The sentence was widely condemned as out of proportion with the initial sentence with human rights groups taking up Smetana’s cause. He also faces a new police charge of dodging the prison sentence, which could land him behind bars for up to three years.

One of those seeking a pardon for Smetana was leading local Christian Democrat (KDU-ČSL) politician Marian Jurečka, who made an application for pardon two months ago. He said the case exposed the president’s strange criteria for giving pardons, with one recent beneficiary being the former director of a top academic institution convicted of corruption. “This person has been condemned, as a result of which he was given notice from his job and he has certainly faced punishment  in his life,” Jurečka commented.