Some literary stars, like the cautious Don DeLillo, had to be enticed to the festival, while Nobel laureate Derek Walcott volunteered himself 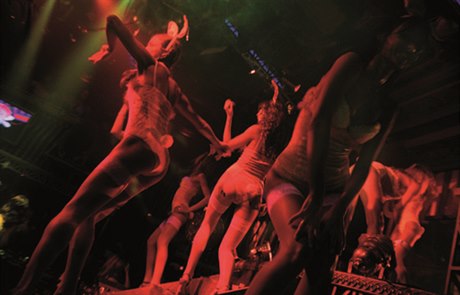 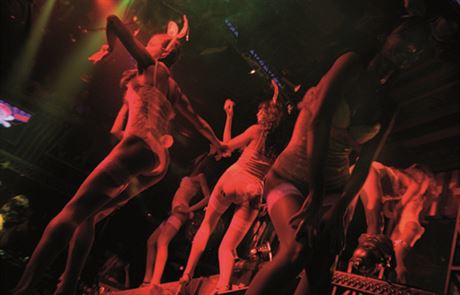 The 21st Prague Writers’ Festival (PWF) — with a thematic title of Some Like it Hot — begins Saturday, April 16, with a program packed with literary encounters, including readings, discussions, book signings and a gala musical performance. While the majority of festival events will take place at the National Theater’s New Stage (Nová scéna), there will also be events at the American Center. Selected author conversations are free for students and seniors.

The most important aspect of any literature festival is the writers it brings to its local audience. PWF has always managed to draw some  leading names in world literature. The bill is topped by Nobel Prize-winning Caribbean poet Derek Walcott and American Post-Modernist novelist Don DeLillo, the author of contemporary classics such as “Libra” and “Underworld” — for whom appearing at a literary festival is a virtual anomaly.

“DeLillo never goes to festivals and practically never leaves New York,” festival director Michael March said. But one of this year’s themes — the question of how hot the Cold War was — had an evident connection with DeLillo’s writing that made the idea of his attendance all the more appealing.

March says that word of mouth among writers about the festival and Prague plays a big role in getting such big names to attend. It was not even necessary to try to talk the Nobel laureate into coming because it was Walcott who called March and said he would like to attend. The reclusive DeLillo was much more of a challenge, though in the end, the same writers’ word of mouth seemed to have held sway.

“How do you get him to Prague? Well, I spoke to his friends, who are my friends – Edgar [E.L.] Doctorow and Peter Matthiessen. He spoke to them, and they told him he should come,” March said. After a number of conversations held in New York about why he should come to Prague and what he would do in Prague, DeLillo agreed to come.

“He’s extremely cautious; he won’t appear on television. But he’s coming with his wife. He’s never been to Prague — I think it will be an extraordinary experience for him and for us,” March said.

DeLillo will be reading a new text at the New Stage theater from his 9/11 novel “Falling Man,” which has been edited especially for the occasion. At the American Center, he will read from “Point Omega.”

The themes and ideas behind that can be seen associated with individual discussions as well as the festival as a whole form the basis of deciding what writers to try to get. “Each year we develop a philosophical concept of what we want to do at the festival and then we look at who we should invite,” March said.

Of course, practical matters play a role, and they have to see who is available and who they have been trying to bring from previous years that might have the time for the upcoming festival. March insists, though, they never try to strike a balance in terms of age or gender, but only look for the best quality writers they can find.

“We’re always introducing very great writers who are unknown,” March said, citing the Iraqi poet Saadi Yousef, who though living in exile in London has not seen his renown as an Arab poet transfer to the West. The Greek and Turkish writers that form a strong Mediterranean focus at this year’s festival also have lower profiles than writers from countries with a more internationally known literary scene.

One of the Greek writers, Constantine Kokossis, has a day job as the Greek ambassador to the Czech Republic. Kokossis has written three novels, a focus of which is the Greek émigré community that arose in Czechoslovakia as a result of the Greek Civil War (1946–49). The publication of the Czech translation of his novel “Achilles’ Long Journey” will be launched on the festival’s opening day

The mysterious marriage of evil and beauty

The festival website has a feature called Café Central, in which poems, brief texts and quotes are regularly posted under a photograph of Stefan Zweig and Joseph Roth at an outdoor café in the Belgian coastal town of Ostend taken in 1936. Two of the guiding spirits of Central European literature and the festival itself (the 2004 festival was dedicated to Roth), their writing exemplifies the dark fascination of the culture from which they came, as does their exile and tragic ends.

Not even three years after the picture was taken, an already visibly broken down Roth was dead, as the result of excessive drinking. Zweig’s suicide in Brazil followed three years later, in 1942.

March points out though that much has changed since then.

“The fascination with Central Europe — it’s strength — is that it is ill. And horror stories have a tremendous attraction. The complications, the bureaucracies, the obfuscations, the tremendous derailments, wars, and all of this used to be a fascinating backdrop for literature. It probably isn’t anymore,” he said.

Not talking ’bout my generation

Czech writers at this year’s festival span the generations, with young literary sensation Petra Hůlová, whose novel “All This Belongs to Me” (Paměť mojí babičce, 2002) was brought out by Northwestern University Press in 2009. She has since published a number of novels yet to be translated into English, including “Cirkus Les Mémoires” (2005), which is set in New York, and the story of a high-class Prague escort, “Umělohmotný třípokoj” (2006), which won the prestigious Jiří Orten Prize for writers under 30.

Also in attendance will be the author of “Catapult” (Katapult, 1967) and “Lovers and Murderers” (Milenci a vrazi, 1969), Vladimír Páral, who besides reading from his work will take part in a conversation based on an Ezra Pound quote — “War is the destruction of good restaurants” — with American writer Junot Díaz and Iraqi poet Saadi Yousef. Hopefully, the visiting writers’ experience of Prague restaurants will not convince them that the city is in a permanent state of war.

March dislikes the idea of talking about “young” writers like Hůlová or Díaz appearing at the festival. “It’s not the concept of Beaujolais Nouveau. That’s a marketing concept, of young writers and old writers,” he said. More essential in his eyes is Aristotle’s idea of courage, relying on the twin traits of knowledge and experience.