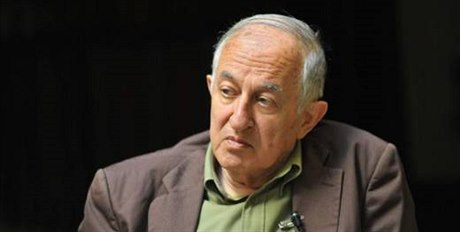 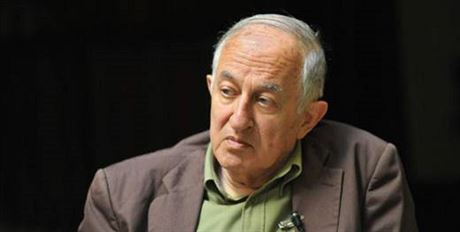 The Prague Writers’ Festival (PWF) kicks off on April 14 with a typically diverse and impressive list of writers coming to Prague to read and discuss their work. Festival director Michael March sees the event as an opportunity to acquaint the local audience with some major talents that are far less-known here than they should be.

“What’s extraordinary for us is that we’re doing something new every year, and the audience in Prague does not really know the work of Juan Goytisolo, for example,” March told Czech Position. “We do this because we reject the idea of the dictatorship of the audience.”

Goytisolo is widely considered the greatest living Spanish writer and has experience of another kind of dictatorship altogether, having been exiled from his homeland due to his fierce opposition to Francisco Franco in 1956. According to March, politics have been both a draw and obstacle in bringing Goytisolo’s work to Czech audiences.

“Goytisolo’s work was published in Czechoslovakia in the ‘60s. He is a very political writer. There were three novels published in that time and then there was silence. So of course his work is unknown in the Czech community.”

Today, Goytisolo lives in Marrakech, having found himself unwilling to return to Spain after Franco’s death. Living in North Africa also recalls the path of the writer Goytisolo considered a mentor of sorts — Jean Genet. For many critics of his writing, it is his distance from Spain that gives him such a sharpened perspective on Spanish society.

While Goytisolo is a writer who should be much better known here than he is — in spite of the attention that prestigious writers such as Milan Kundera and Edmund White have paid his work — the Prague Writers’ Festival also includes authors who are coming to Prague as total unknowns. It the impact that these writers will have that March finds one of the most exciting elements of holding a writers’ festival and which often helps facilitate their work reaching other languages and cultures.

“I believe that for the writers who come here, being visible stimulates publication. It’s usually the case – bring a writer and they’re published later on,” he said. “Gündüz Vassaf, who is one of the finest Turkish writers, is being introduced here. He’s unknown in English and unknown in Czech, but in Turkey he is extremely well received.”

Like Goytisolo, Vassaf has a fraught relationship with the powers that be in his homeland. In protest against the 1980 military coup and legislation taking away the autonomy of Turkish universities he  resigned from his teaching position and went on to become a founding member of the Istanbul Group of Amnesty International.

The poetics of the future

While the theme of this year’s 22nd writers’ festival is “Only the future exists,” March says that it doesn’t mean that writers whose work harks back to previous literary generations will be out of place. On the contrary, as these writers have vital experience that can be communicated directly with local festival-goers, besides their ability of communicating that experience in their work.

“The idea of the festival is there is a future somewhere but how do you get there. The writers have this experience but it should be shared,” March said.

American Jerome Rothenberg came into his own as a poet and performance poet in the 1960s,  first publishing the influential anthology Technicians of the Sacred: A Range of Poems from Africa, America, Asia, & Oceania in 1968. Norway’s Jan Erik Vold was brought to the festival’s attention by the Norwegian Embassy. Of Vold, March says he “singlehandedly brought the ‘60s to Norway.”

Vold’s work has a strong association with music and was the accompaniment to one of the last recordings made by Jazz trumpet great Chet Baker before his untimely death. One of the festival events will be performances of Vold’s and Rothenberg’s poetry set to music.

Another poet participating in the festival with his own experience of exile is China’s Duo Duo— who happened to leave China for a reading tour in England the day after the Tiananmen Square massacre. Once abroad, he opted for exile in the Netherlands before returning to China in 2004. Two years ago, Duo became the first Chinese laureate of the Neustadt International Prize for Literature. His acceptance speech can be read on PWF’s website.

As always the festival boasts a number of Czech writers, including Emil Hakl, Martin Vopěnka and Patrik Ouředník, the last of whom is yet another writer living outside his homeland (in France).

Vopěnka is participating in the PWF for the second time and considers it a valuable experience. “For me it’s very important to have these contacts because I think that we are a little bit isolated here,” he told Czech Position. “Especially since I prefer international issues for my books to issues which are specific to our Czech world. So for me it’s a way outside.”

The festival is not all literary events. The film work of festival guests such as the New York-based Dutch writer Arnon Grunberg and British writer Hanif Kureishi is the basis for an evening of films. Grunberg will be present to introduce the adaptation of his novel Tirza, while Kureishi will introduce a film he wrote the screenplay for titled Venus. Venus stars British acting legend Peter O’Toole. Kureishi, whose parents came from Pakistan, will also participate in a panel discussion on the future of Islam with Vassaf, Goytisolo and emerging Egyptian writer Hamdy el-Gazzar.

Another prestigious writer coming to the festival is Indian novelist Anita Desai, who will be in Prague for the first time. March says he can’t overstress the importance of the visiting writers being in Prague for five days and providing an opportunity for people to talk to them.