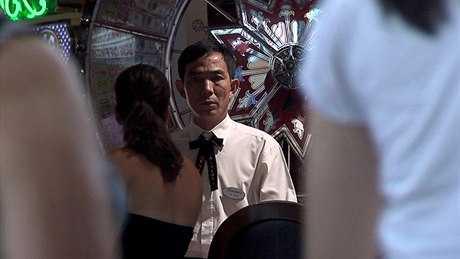 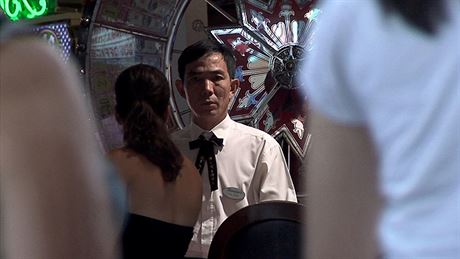 In its seventh year, the Prague Short Film Festival is expanding its selection of international filmmakers working in the medium even further. Whether you want to see a new Korean horror film, a story of crime, love, astronauts or an early short by Martin Scorsese, the festival is sure to have something that appeals to your taste.

The expanded offering at this year’s festival is most evident in two entirely new sections. The first is titled Delicatessen and is devoted to famous shorts such as Luis Bunuel and Salvador Dalí’s infamous “Andalusian Dog” (Un Chien Andalou) as well as Chris Marker’s “The Pier” (La jetée).

There will also be a new section for kids aged 9 to 11 in which films about children will be screened in the original language with special, easy-to-read subtitles. The section, titled Small Big World, will take place on the morning of Saturday, Jan. 21 while a screening for elementary schools will take place at 10 a.m. on Thursday, Jan. 19.

© Vimeo Clemens Kogler’s ‘Stuck in a Groove’ is the first film to use the phonovideo technique, which creates the means for displaying and mixing animation without the use of computers (refresh your browser if video isn’t visible)

Other sections include Panorama, which contains award-winning shorts; Lab, which is devoted to experimental filmmaking; Check the Czechs, for Czech films; a selection of the short films of Spike Jonze; and the international competition that forms the base of the festival. Last year’s winner was “The Cage” by well-known Romanian director Adrian Sitaru.

The festival has also cast its net wide enough to take in new techniques and technologies in the world of film. Austrian filmmaker and graphic designer Clemens Kogler’s “Stuck in a Groove” is the first film to use the phonovideo technique, which creates the means for displaying and mixing animation without the use of computers. The technique combines old and new artistry, utilizing an animation technique called the phenakistoscope, devised in 1832, together with contemporary DJ turntable techniques. It is designed for live performance with music, with the filmed version serving as a demonstration of the technique.

The film parallels philosopher Friedrich Nietzsche’s idea of eternal recurrence with a turntable’s needle being stuck in a groove and suggests it might be better if we could remix our life like a DJ does. From there the viewer sees images of Nietzsche, Michael Jackson, Angela Merkel, Madonna, Bill Murray and others as well as mock remake album covers of The Sex Pistols, The Clash and Joy Division.

The innovation behind Belgian filmmaker Nicolas Provost’s work comes in the filmmaking technique itself, in which he takes footage of everyday life with a hidden camera and then adds to and edits the footage to construct a Hollywood-style thriller. Provost says that the idea for making this kind of film was almost accidental, arising out of the circumstances of the first film in his trilogy, “Plot Point” (2007).

“Originally, I wanted to follow the NYPD [New York Police Department] during their duties, like in the reality documentary ‘Cops,’ and hoped that in the editing I would be able to make it look like a fictional film. I was hoping that this would create an opposite effect, where you would think it is all acted out, but in a very authentic way,” Provost told Czech Position.

But when he failed to receive permission to film the police he decided to follow them with his cameras anyway. “I soon discovered I had three characters: the police force, suspicious looking people and the city.”

Provost’s 2010 film “Stardust,” which is showing at the festival, is set in and around the casinos of Las Vegas and boasts appearances by acting legends Dennis Hopper, Jack Nicholson and Jon Voight. How Provost managed to get these famous actors in his experimental short is a matter of some intrigue.

“That is a secret I will never reveal. The secret is part of the mystery of the film that questions the boundaries between fiction and reality. But I can assure you that I met them and filmed them. I was not aware that Dennis Hopper was ill because he was a very charismatic and warm person when we met,” Provost said (Hopper died in May 2010).

From love to terror

Women directors play a prominent role at this year’s festival, with a section titled Sorry Curator devoted to the work of German women filmmakers. One of these films is a German-Bulgarian co-production by Bulgarian director Vessela Dantcheva. The animated short, “Anna Blume,” is an adaptation of the famous 1919 German Dadaist love poem by Kurt Schwitters. So far, the film has won nine international awards and was named Best Animation Film for 2009 from the Bulgarian Film Academy.

“You have to believe in your idea much more strongly and hold onto it as long as it takes to finance it and realize it. I guess that's the harder part of it. I've been quiet lucky for my last projects in means of getting funding, Anna Blume, for example, won the Robert Bosch Co-Production Award in 2007  and after that received additional funding from the Bulgarian National Film Center,” Dantcheva said.

The work of the women filmmakers in the festival ranges across a wide spectrum of subjects and styles from films looking at female characters, explorations of loss and mourning to a black comedy about a swastika-laden Christmas tree and films of sheer horror.

“Ghost” by the Korean director known as Dachi Ma fits the horrorcategory with a chilling tale of a man hiding from the police in an empty house and becoming enmeshed in visions of the phantoms still residing there. The film was screened in the short film competition at the 2011 Cannes Film Festival. “Still Birds” by Norwegian director Sara Eliassen shows a dystopian world inhabited solely by children that have lost the ability to speak as they navigate a labyrinthine world of tunnels and dark passageways.