Prague’s still got it for global brands

The Czech capital has remained a key city for global brands entering the CEE market, according to Cushman & Wakefield 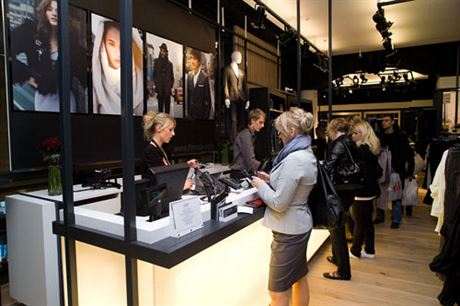 The new F&F store in Palladium is the first stand alone store for the brand | foto: Česká pozice

Global brands have been expanding or entering the Czech market within the past year with enewed vigor and an obvious affinity for Prague’s center. Fashion retailer Calzedonia expanded with a new shop on Wenceslas Square, and iWorld’s new Apple store opened close by on 28. října street.

Most recently, US-based jewelry chain Claire’s entered the market and opened its 1,000th store, and leisure fashion brand Jamie Sadock opened its first store in Europe, both in Palladium.

Sweeping up the rest of the high street

“Obviously in 2010 Palladium has had a busy year in terms of new tenants – but this is natural for new shopping centers, which are in a phase of balancing for the best mix and functionality,” Jan Voslář of Cushman & Wakefield’s (C &W) High Street Team told Czech Position. “Palladium is now working very well, results are very positive and the best point is that there is still evident rapid growth and big potential. At this moment there are only a few locations in Palladium where there is space for some major changes.”

In a statement released by C & W about the expansion of global brands in Prague, Voslář explains that these brands that are targeting the mass market seek out the key street locations with the most potential traffic, though due to short supply of retail space in prime locations like Wenceslas Square and Na Příkopé, securing a place there could take months or years. In very close proximity, Palladium becomes a very attractive possibility.

“For global retailers there are only few schemes in Prague attractive beside the high street — Na Příkopé, Vaclavské namesti (Wenceslas Square), Pařížská, etc. – and Palladium,” Voslář told Czech Position, citing examples of other potentially attractive shopping centers in Prague including Chodov, Nový Smíchov, Palác Flóra, Metropole Zličín, OC Letňany and Arkády Pankrác. Outside of Prague, he said that shopping centers Olympia and Vaňkovka in Brno, South Moravia, also fall into the category of attractive in terms of global retailers.

“While the rate of expansion for retailers has slowed down, the center of Prague is still attractive for them in the European context. These days, retailers carefully consider the opening of each new outlet, and they only focus on top quality shopping centers in established locations or in well-frequented high street locations,” Ivan Michněvič from C & W’s Retail Team added in the press release.

Voslář further explained that the market in the Czech Republic is still seen by many brands as a first step into the CEE market.

“Prague is, in the European context, a very important city.  … Its potential, location and business environment is becoming still more and more interesting for international retailers,” Voslář said. “For all the international brands considering entering the Central European or even Eastern European market, Prague is naturally the first test of the market.”

The coming year is expected to be another busy one, and C & W indicated that it is currently in talks with more brands. “2011 definitely will be the year for some new important new comers on the Czech market,” Voslář said, noting that this means both brand expansion as well as new names to the market. “Good and well-working concepts will continue in their expansion. At this moment we are representing a couple of very interesting brands, some of them will be newcomers, some of them are already presented on the market.”