Prague film fans can see the latest works of young filmmakers from Europe and abroad, along with a host of accompanying events 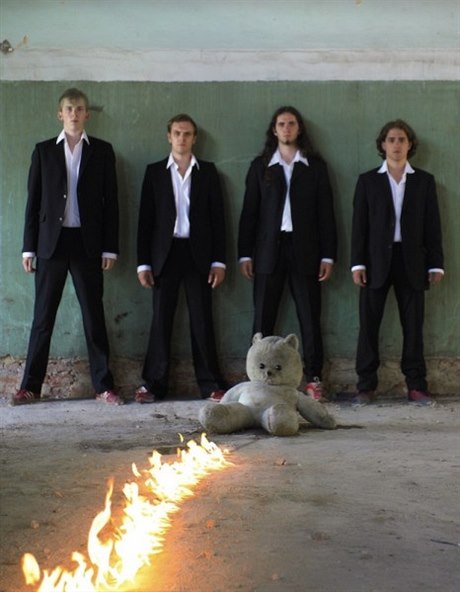 It’s not only about ‘fresh’ film; the outrageous Belgian cabaret group Neveneffecten will be among those featured in workshops dedicated to art interventions foto: Fresh Film Fest, Česká pozice 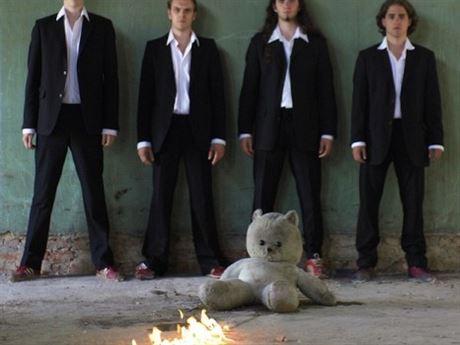 One of Europe’s hottest up-and-coming film festivals kicks off on Aug. 24 in Prague. The eighth annual Fresh Film Fest provides an invaluable platform to filmmakers in the early stages of their careers and gives audiences a wide array of films to view from the cutting edge of contemporary cinema.

After having the festival in Karlovy Vary for its initial six years the decision was made to move to Prague. “When we started it was a tiny, tiny festival, and now we moved to Prague for a larger and more receptive audience. The atmosphere and receptiveness has improved a lot,” Fresh Film festival director Martin Pošta told Czech Position.

The festival includes a number of competitions. Fresh Generation is an international competition of feature debuts and second feature films. The jury for this competition includes one of the leading young Hungarian directors Benedek Fliegauf, whose three award-winning features – “Forest,” “Dealer” and the recently premiered “Milky Way” – will be given a retrospective showing.

The two other jury members, French filmmaker Stéphane Arnoux and Russian film critic and editor Evgeny Gusyatinskiy provide a further indication of how helpful Fresh Film Fest can be to the competing filmmakers’ careers as Arnoux also works on the programming team at the Cannes Film Festival while Gusyatinskiy is serving as programmer and curator at the Rotterdam International Film Festival for Russian and Eastern European films.

Fresh Generation consists of six films from the US, Bulgaria, Mexico, Germany and India. Ranging from what the program describes as an “aggressive blur of vulgarity, drug abuse and sex” (“Gandu,” India) to a story of a group of friends operating on Bulgaria’s black market in the final years of communism (“Tilt,” Bulgaria) the competition promises a diverse picture of some talented, young directors.

According to Pošta, Germany is one of the biggest producers of student films and the continued emergence of new talent is evident at this year’s festival. “The Silence” (Das letzte Schweigen), the second feature by Baran “Bo” Odar, combines elements of melodrama and thriller in the story of a young girl’s disappearance and the fact that her bicycle was found on the exact spot where a girl had been murdered 23 years earlier.

Zagreb-born German director Damir Lukačević focused on immigration issues in his debut feature “Going Home” (Heimkehr) and gives a similar theme a science-fiction twist in “Transfer,” the story of an ageing white couple that decide to transfer their consciousnesses into the healthy bodies of an African immigrant couple. Besides having to pay €1 million for the transfer the deal includes allowing the African couple four hours of daily use of their former bodies.

Other competitions at the festival include a student feature and documentary competition, an animated and experimental film competition as well as Fresh Czech, which is a competition of Czech student films. One of the films in competition is called “Day of the Dragon” (Den Draka) and shows a young Chinese man dealing with life in a foreign country. His fantasy life makes for a film that blends elements of Hong Kong films with art cinema. Another intriguing entry is called “Midnight” (Půlnoc) by Klára Tasovská. The documentary reflects on our unsustainable energy use by looking at light pollution and its effects on human life.

Away from the screen

Pošta maintains that a large and growing part of the festival are the accompanying events. Every night of the festival there are free concerts at Palac Akropolis, which is also the site of an exhibition by Czech photographer Roman Dietrich.

There are also two workshops being given that Pošta describes as being about art interventions. On Aug. 25 Belgian cabaret group Neveneffecten will offer stories and information (in English) on their often outrageous and controversial performances.

Czech art group Pode Bal will put on a two-day workshop on Aug. 25-26, of which the lecture segment will be translated into English. The group will discuss topics such as “using commercial strategies of advertising and PR in independent creation” and “mystification/ principle of making things impossible for tactical reasons.”

Other special events include a workshop on light painting and a performance of the Swedish dance piece “Found & Lost.”

Pošta insists that success and exposure at the Fresh Film Festival is not enough on its own to get directors a deal to make their next feature. “We are not a huge festival. Only Cannes and Berlin can really achieve that, and maybe Karlovy Vary if you win, can give you carte blanche to go on and make a film,” he said.

Not that they do not have success stories. Czech director Zuzana Špidlová’s 2008 film “Baba” made it to Cannes on the Fresh Film Festival’s recommendation, where it proceeded to win the 2009 Cinéfondation grand prize.

“We certainly have some impact, but obviously the films have to be good and if the directors get exposure, not only here but at other festivals, they can go on to achieve good results,” Pošta said.