Prague’s Festival Fotograf looks back at the ’80s

A new photography festival has been launched in Prague with a varied series of exhibitions, events and an international symposium 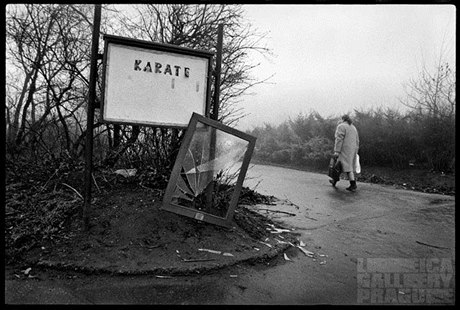 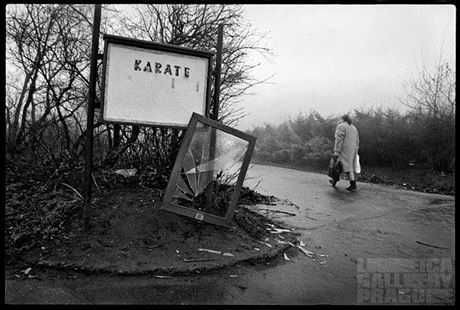 The 1980s might not be the decade most closely associated with Czech photography or images of Prague, but it is the chosen theme for the inaugural Prague Photo Festival (Festival Fotograf). “The Eighties – Endless Waiting” is the title that will be enshrined in a 136-page catalogue that includes nine exhibitions in total.

The festival theme was also the focus of a two-day symposium that brought leading photographers, art historians and critics from Europe and the US to Prague, including Texas-based FotoFest founder Wendy Watriss and Dutch curator of theStedelijk Museum Amsterdam Hripsimé Visser among other notable guests.

While documentary photography became a dominant mode in the 1980s there were some Czech photographers working against the grain. Festival guest, German photographer and art historian Andreas Müller-Pohle has described photographers that “concentrate on observing and displaying the visual world in the sense of disruption, uncertainty and modification of conventional forms of perception” as fitting in the artistic category of Visualism.

In the exhibition Photography as Photography at Gallery Školská 28 the work of Karel Kameník, Josef Moucha and Bořek Sousedík shows this more subjective approach. Rarely exhibited in Prague in recent years the three photographers use different approaches but each find a convergence of abstraction with the realism inherent in photographing objects and human figures.

In Bořek Sousedík’s pictures people are included but are never central to the image, often shown from the side or back, and usually displaced by a vividly represented object in the frame. In one case this is a plastic trash bag catching the sunlight while a young girl is captured jumping in mid-air. In other images the main focus falls on a shadow or patch of ground.

Karel Kameník, on the other hand, takes a sidelong glance at the geometry of man-made structures, reimagining these ordinary objects as images of great beauty.

There is no shortage of photographic images of historical Prague. The same could be said of images of the dramatic events of the Prague Spring and Soviet invasion in 1968. Famous photographers, both Czech and international, have gone off the beaten path to document social issues such as the plight of the Roma in the country and there have been ironic looks at the absurdities of communism.

Jiří Hanke’s exhibition at the Leica Gallery Prague, Kladno – the 80s, offer a more understated documentation of the communist era. Rather than tanks rolling past the recognizable monuments of the capital viewers see a couple of old ladies drinking beer and smoking cigarettes outside of a local “Propaganda Center.”

A photograph of a Mayday parade is worlds away from the triumphant images broadcast from Moscow, though neither is Hanke mocking the shabby provincialism of his hometown. While he does not shy away from the bleakness of the industrial city he manages to capture its intimacy as well, especially in the pictures showing the photographer and his friends after his exhibition openings as well as various other portraits of Kladno’s inhabitants.

While the Kladno exhibition includes photographs from previous well-known exhibitions Hanke has put on it also includes pictures that have never been published before.

If your tastes run more to the eclectic and conceptual, then the intricately titled Retroactive interference
(negative, disruptive effect on a recently learned subject onto the subject learned previously) being held at the French Institute is worth a visit.

The works are as vivid as they are humorous — from Martin Novák’s Polaroid portrait’s “Campari with Juice” to Jana Butzke’s retrospective of the work of Věra Samková, including the hysterical “Misha’s Performance,” a photo sequence of the melting of the well-known Czech popsicle “Misha” (Míša).

The exhibition focuses on the effect of the ’80s on what is referred to as Generation Y, or the generation of artists that grew up during those years.

Other exhibitions include a tribute to Slovak photographer Jano Pavlík at Galerie 5. patro. Exhibition curator Lucie Fišerová writes that Pavlík’s work “brought a form of latent melancholy into the Czech photography, which was successfully masked with carelessness and playfulness — expressions which are frequently connected with the authors of the ‘Slovakian new wave.’” Pavlík’s photographs are accompanied by those of his fellow Slovak students at Prague’s Film and TV School of the Academy of Performing Arts in Prague (FAMU) Rudo Prekop and Peter Župník.