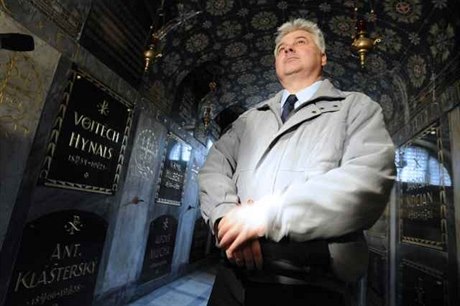 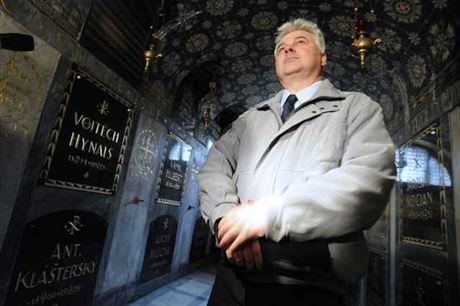 Prague’s Vyšehrad cemetery is the final resting place for many of the Czech nation’s most famous artists, composers, writers, scientists and leaders. At the heart of the honorary national burial ground is the Slavín tomb, a pantheon built in 1890 in which more than 50 famous Czechs are buried; now, after a major restoration, it will open to the public for the first time in 65 years – but only until Dec. 18, for a few hours at a time.

Built during the Czech National Revival, a cultural movement that aimed to revive the language, culture and national identity of Czechs after centuries of playing second fiddle to the German-speaking population, the crypt beneath the Slavín tomb is said to be among the most fascinating of modern Czech monuments.

“Four years ago we completed, in collaboration with the Prague cemetery management, the costly reconstruction of the tomb, which can be seen in all its beauty as in 1929, when the mosaic was put in place,” said Václav Liška, chairman of the Svatobor association, which along with supporting the development of Czech literature, cares for the monuments to important writers.

“The main impetus was the fact that Svatobor is celebrating 150 years since its founding. We thought that Advent at Vyšehrad and this anniversary are significant events worth being highlighted by Slavín’s opening,” he told the public television’s ČT 24 station.

Among the 54 Czech cultural icons buried at Slavín are the poet Josef Václav Sládek, sculptor Josef Václav Myslbek, opera singer Ema Destinnová, painter Alfons Mucha, architect Josef Gočár and the inventor František Křižík.The first to be interned there, in 1901, was the poet Julius Zeyer; the last, in 1996, was the renowned conductor Rafael Kubelík.

There is only one space left. Whether Svatobor has someone in mind for it, the association chairman will not say. “It could be that Slavín’s time has finished, as have the 19th and 20th centuries,” Liška was cited by the Lidové noviný daily as saying. Perhaps it will be reserved for, ahem, the quintessential anonymous “ghost writer.”

Slavín tomb will be open Thursday through Sunday from Nov. 26 through Dec. 18, every weekend during Advent, between noon and 4:00 p.m. Only ten people at a time will be granted entry, and to accommodate the expected interest, viewing time will be limited to ten minutes.