The composer of a newly commissioned score to a rare D.W. Griffith film talks to Czech Position about scoring silent classics for Cinegogue 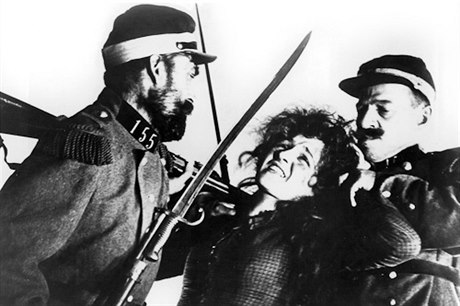 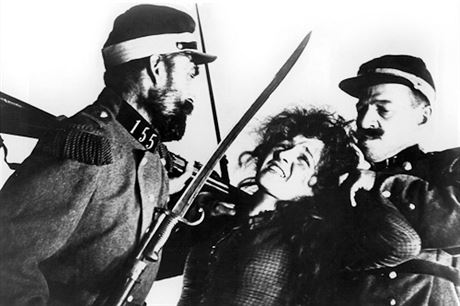 The ongoing collaboration between Prague’s Jewish Museum and the Berg Orchestra in which silent classics are screened with orchestral accompaniment is back: Cinegogue combines cinema and synagogue in its name both for its emphasis on Jewish culture and for the event’s location in the Spanish Synagogue. This year’s films include the last Soviet silent feature and a seldom-seen D.W. Griffith short.

The Oct. 10 and 11 screenings will start off with Griffith’s 1910 “A Child of the Ghetto,” an extremely rare 16-minute melodrama set largely among the poor tenements of New York’s Jewish Lower East Side. A new score for the premiere has been commissioned by the young Czech composer Jan Dušek, who told Czech Position that the key challenge was synchronizing the music to moments in the film.

“Sometimes it’s necessary to connect the film to the music much closer – it’s not always so important – but it should be within two to five seconds,” Dušek said. “There are a lot of time codes written into the score and it’s up to [Berg Orchestra conductor] Peter [Vrábel] to find the right tempo.”

This is Dušek’s third collaboration with the Berg Orchestra on a silent film project, and he says the growing comfort level between himself and the orchestra, as well as their increasing familiarity with his music, has made an inherently difficult process much smoother. In 2007 he composed a score for Fernand Léger’s 1924 avant-garde classic “Ballet Mécanique.”

“The first time I wrote music for ‘Ballet Mécanique’ Peter called me when he received the score and said ‘It’s impossible to play! It’s so difficult!’ And it was a 10-minute film,” Dušek said.

In 2009 he followed that up with a score for the Cinegogue showing of E. Mason Hopper’s 1922 tale of Jewish immigrants on the Lower East Side. Though a longer film, it was a much different experience in composing because they decided to compose music for certain parts of the film, leaving other parts silent, whereas “A Child of the Ghetto” will have every moment matched to music.

Griffith is best known for his extremely influential and controversial films such as “Intolerance” and “Birth of a Nation” in which his characteristic montage editing style was perfected. In this earlier work, he pursues the theme of the rich oppressing the poor through the story of a girl unjustly accused of a crime.

“In this movie I tried to write music from the focus of the girl, how she felt the scenes,” Dušek said. “I think it’s dramatic music — not the drama of action films nowadays but the drama of what to do at home, where to hide.”

Though early silents often appear to be overacted to modern eyes, Dušek did not want to detach himself from the film’s original circumstances in giving it new music. “For the music I was trying to write it as if I was living at that time. Because the scene was written with passion. She wasn’t laughing, even if it appears ironic to us.”

Factory of the Eccentric Actor

Cinegogue’s feature film “New Babylon,” which was directed by a team of directors, Leonid Trauberg and Grigori Kozintsev, shares a number of parallels with the Griffith film. Following a female lead in another story of rich/poor opposition during the Paris Commune, the film is inspired by the writing of French novelist of Émile Zola.

As the last feature film of the Soviet period one of the recently restored work’s most notable feature’s was a score composed by 23-year old Dmitri Shostakovich, which the Berg Orchestra will be reprising for the performance. Because of Soviet censorship insisting on cuts in the 1929 film the original performance took place without Shostakovich’s music.

Cinegogue has titled this year’s program “Eccentricity Factory: Kozintsev - Trauberg - Yutkevich and FEKS [Factory of the Eccentric Actor]” in honor of the highly influential group of primarily Jewish directors who worked in the shadow of the far more famous Sergei Eisenstein. Like Eisenstein, they were strongly influenced by Griffith’s use of montage editing though they used it to their own aesthetic ends.

From the early decades of the 20th century to today the use of music in film has changed tremendously, and not, according to Dušek, necessarily for the better.

“For filmmakers and producers nowadays, it’s much easier to ask a group to record a few songs without any real connection to the film. I’m really sad about this because in Czech filmography we have a great tradition of film composers like (Zdeněk) Liška, (Luboš) Fišer and many more.”

“I think a really good composer can work in any kind of music that the director wants. It doesn’t only have to be classical music.”

Ultimately Dušek said there is an obvious advantage to writing a score for a silent film over a newer film: “When you make music for a living director he has a lot of thoughts about how the music should be. Sometimes you really disagree, but you have to write it that way because he’s the director. With this film, the director’s already dead, so he can’t really say anything.”

In addition to the performances, Dušek will give a talk at the American Center on Oct. 17 on the “strategies and challenges” of composing the new score. The evening will include a screening of the film with the new music and will be presented by Michaela Sidenberg, curator of visual arts at the Jewish Museum in Prague.

The next film in the Cinegogue series will be the 1924 comedy starring Yiddish actress Molly Picon “East and West.” “It’s much more of a comedy than this film, but I haven’t come up with a solution for the music yet. We will see,” said Dušek.