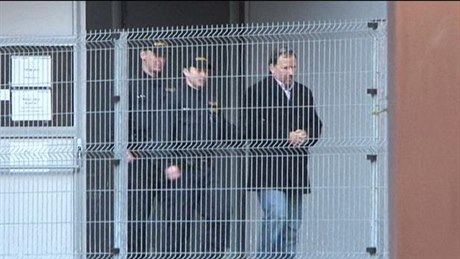 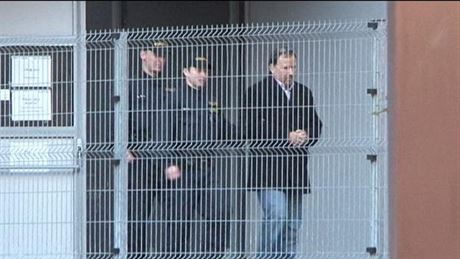 When arrested on Friday, chief of Prague police, Vladimír Kotrouš, was in possession of cash he accepted as a bribe in connection with a multi-million order for the Prague force, the police unit for combating organized crime unit (ÚOOZ) confirmed on Monday, adding that if found guilty Kotrouš could face up to 12 years in prison.

“The suspect was arrested in a service vehicle by the Rapid Response Unit (URAN) near the south Prague ring road after ÚOOZ detectives documented a handover of money which the suspect took as a ‘backhander’ for awarding a multi-million [crown] contract for the provision of services to the city police,” ÚOOZ said in a statement published on the Czech national police website on Monday.

In the same statement the police unit said it would not reveal the amount of cash seized during the arrest, nor the services for which the bribe was paid due to “tactical reasons.”

At the same time, ÚOOZ praised the person who had provided information about the alleged case of corruption: “We are well aware that without the personal courage of the informer this case would have been very difficult to document,” and added that the ÚOOZ unit will continue the investigation. “Considering that this person [the informer] turned to ÚOOZ because they trusted this unit, in accordance with his powers the director of the unit [Robert Šlachta] has decided that ÚOOZ will continue the investigation of this case.”

‘This was not a failure of the system but of an individual.’

ÚOOZ said that it received the tip-off about the suspected case of bribery in the “third quarter of 2011,” since when the investigation had been conducted by the unit in “strictest secrecy,” i.e. no other police units were notified and no information was leaked.

ÚOOZ spokesman, Pavel Hanták, confirmed to Czech Position on Monday afternoon that no other arrests or charges have been made in connection with the case, adding that he could not give more information due to the sensitivity of the investigation.

On Monday Prague Mayor, Bohuslav Svoboda, appointed Ludvík Klema, hitherto Kotrouš’ deputy for operations and service performance who headed the force during Kotrouš’ absence, as the acting director of the Prague force. “This was not a failure of the system but of an individual,” Svoboda told reporters after a meeting with Klema, adding that he had ordered Klema to suspend all police orders due to be realized by the end of the year.

Kotrouš’ profile has been removed from the Prague city police’s website.

Kotrouš was charged on Friday and remanded in custody on a court order on Sunday. The Mediafax agency reported on Monday afternoon that Kotrouš has appealed against the charges against him. “We have received an appeal against the launch of criminal proceedings and our office will process it,” spokeswoman for the state prosecutor’s office in Prague, Štěpánka Zenklová, told the agency.

Several media outlets have reported that the bribe related to a contract for the service of police vehicles, which was due to be concluded by the end of 2011. In recent months the Prague police has also selected winners of tenders for the provision of new uniforms for police patrols and another for two-way radios.

In 2011, the Prague police has signed 30 procurement contracts with a value of under Kč 2 million, the price limit above which a public tender must be held, according to the ČTK news agency. These included the purchase of pistols and mini-cameras.