Enjoying its strongest attendance ever, Prague Photo displays a broad range of both established and up-and-coming photographic talent 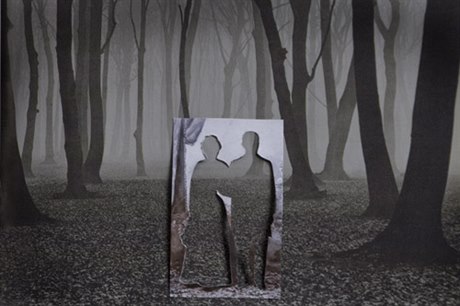 From the series “In the Woods” (V lese) by Michaela Čejková foto: © Michaela Cejkova, Česká pozice 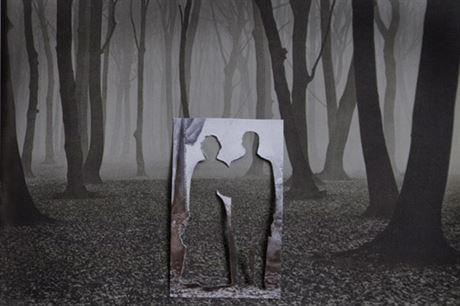 The fourth annual Prague Photo took place the first week of April at the Mánes exhibition hall, launching a month of gallery and museum shows as well as photography-related events in Prague. Executive director of Prague Photo Iva Nesvadbová told Czech Position that she was pleasantly surprised at the public, professional and media reaction, which saw attendance of over 2,000 visitors a day through the five days of the art fair.

“In the four years that Prague Photo has been held, turnout has always been good, but this year it has been exceptional,” Nesvadbová said, attributing the rising interest in the corresponding rise in the level of photography on display. “I think every year the quality of the selection improves,” she said.

Comprising private galleries, professional associations, photography schools and special collections, the range of photography spans a wide variety of genres and artistic generations. From Modernist classics like Jaromír Funke and František Drtikol to the innovators of today’s young generation to some well-established and internationally known photographers in between, such as Tono Stano, the packed house on opening night was veering this way and that, trying to take it all in.

The main exhibition itself has ended, yet the festival continues in 15 different galleries, museums and exhibition spaces all over Prague. Nesvadbová is gratified that the festival is branching out into a full month of photography in the Czech capital. These shows include an equally broad range of work, from Jirka Kolar’s pictures of Williamsburg, Brooklyn (on display through April 18) to the work of emerging international photographers at Langhan’s Galerie Praha (showing until May 15).

Not just an exhibition

What many still seem unaware of is that the main festival is not only an exhibition but a place where people can buy the photography on display. Nesvadbová says that more must be done to promote this aspect of Prague Photo. “This is still very slow,” Nesvadbová said. “People are so used to exhibitions that they come here and take it only as an exhibition rather than an art fair. I’m surprised it’s taking such a long time to get people used to this.”

Regardless of sales though, participating galleries are continuing to exhibit at the festival in shared hopes that it will eventually become a place where photographs find their buyers.

This year has also seen an effort to make the special events associated with the festival more interactive, as they were formerly confined to lightly attended photography lectures. So far, there has been a book signing with renowned Slovak fashion photographer Robert Vano. Another out-of-the-ordinary event was called “Have You Got a Sudek at Home?” in which people were encouraged to bring old photos they have at home to have their potential artistic and historical value assessed by Jan Mlčoch, the curator of the Museum of Decorative Arts in Prague, and art historian Pavel Scheufler.

“Jan Mlčoch is always going to antikvariats [antique stores for old and rare bookstore] and searching for surprises, for ‘jewels,’ as he says. Many times he has found something very special,” Nesvadbová said.

The lower level of Mánes was devoted entirely to student work from the many photography schools in both the Czech Republic and Slovakia. Compare this work to that of the older generation one floor up and you will find a refreshing amount of daring and innovation without any sacrifice of professional skill.

“There is a strong, strong generation of photographers from the schools exhibiting that I think is comparable to what you can see abroad,” Nesvadbová said. The gap has closed between east and west for a number of quite basic reasons. “These young photographers are 22, 23 years old and have traveled quite a lot and seen exhibitions abroad, so they have the judgment and a basis for comparison that older generations that couldn’t travel didn’t have,” she added.

One place where some of the best of this work can be seen is the MGZN exhibition at Galerie FotoGrafic in Prague 1. The photographs of students of the Film And TV School Of Academy Of Performing Arts In Prague (FAMU) will be on display until April 29 in a highly innovative graphic presentation where the usual title cards on the wall are dispensed with for clear three-dimensional plastic letters and numbers dangling in front of the works containing all the relevant information. Photos testing the boundaries of fashion share space with surrealist images and more abstract work, such as a study of a banana.

Photos testing the boundaries of fashion share space with surrealist images and more abstract work, such as a study of a banana. The series “In the Woods” (V lese) by Michaela Čejková is particularly impressive, harking back to a strong tradition of Czech surreal photography while at the same time maintaining a thoroughly modern look.

... to the darkest depths

Perhaps the most striking and disturbing series in the entire exhibition is that of another FAMU student Michal Adamovský, who showed a series of pictures revolving around the infamous Czech serial killer Hubert Pilčík, including a posthumous portrait showing the severed head of the murderer preserved in a jar.

Following the communist takeover in 1948 and subsequent wave of emigration, Pilčík, who lived near Plzeň, West Bohemia, pretended to help people escape through the forest and across the nearby border, only to kill them and steal their belongings. “He said he brought them across the border and would return with news that they were safely in the West,” Adamovský said. Pilčík was arrested in 1951 and committed suicide in prison.

Also from Plzeň, Adamovský’s interest in the case arose out of his previous law studies and special interest in the death penalty, as well as his father being a specialist often called as a judicial expert to photograph sites of homicides. Another fact that stirred his interest in the murders was discovering that one of the victims was a photographer — Renata Balleyová — who wanted to escape to the West to pursue her career.

The initial photo taken in the series was of the killer’s head, followed by a haunting image of a murder scene and a torture device Pilčík used to confine Balleyová’s 12-year old niece, who was rescued by the police. Adamovský has continued to acquire more information about the case, and the cycle is ongoing.

Adamovský mentioned that the case has a bizarre epilogue, with the investigating policeman who uncovered all the grisly details later moving into the serial killer’s house. This was not the result of a twisted obsession, but simply due to the fact it was notoriously difficult to move to a new house or apartment during communism and that this house remained empty because no one else was willing to live there knowing what went on within its walls.

“Another interesting offshoot of the case is that around Plzeň there are a group of treasure hunters, because to this day, no one knows how much Pilčík stole from the people he killed,” Adamovský said.