The variation among prime office rents across Europe tells a story of both rising and declining markets, but where does Prague fit in? 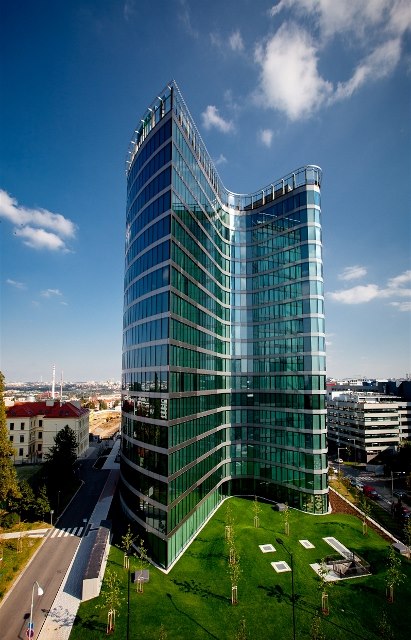 Prague’s office market is in the center of Europe in more than just the geographic sense; its stable rents take the middle ground between the Continent’s winners and losers. According to “Property Times,” the latest analysis from international property consultants DTZ, rises in office rents of 37.5 percent in Moscow and 23 percent in London City form a sharp contrast with falls of 11 percent in Madrid and 7 percent in Dublin.

The situation in Prague is expected to remain at the same level throughout 2011, with rent rises coming only in 2012

Already well known for its stable rents, Prague continues to live up to its reputation, with a prime headline rent of €21 per sqm/month. Inner city rents range between €15-17.5 per sqm/month while in the outer city they range from €13-14.5 per sqm/month.

“In Europe, rents rose by 8.4 percent year-on-year, which is primarily due to the reduction of vacant office space and economic growth in Scandinavia and Central and Eastern Europe,” said Magali Marton, head of DTZ CEMEA research, in the press release accompanying the report.

The situation in Prague is expected to remain at the same level throughout 2011, with rent rises coming only in 2012. Ongoing stability and eventual rent rises are further dependent on quality and location.

Speculative office development in Prague picked up at the end of 2010, according to the report. A total of 170,000 sqm of office space is under construction as of the beginning of 2011. The latest project launches include the 16,000 sqm Futurama Business Park in Prague 8, the 15,200 sqm City West A2 in Prague 5 and the reconstruction of the 11,700 sqm Qubix building in Prague 4. All three of these projects were started in Q4 2010.

DTZ projects that around 100,000 sqm of office space will be completed in 2011, of which so far 30 percent has been pre-leased. In 2012 another 100,000-120,000 sqm is expected to come onto the market, though Lenka Šindelářová added that obtaining pre-leases can significantly impact both construction starts and completion schedules.