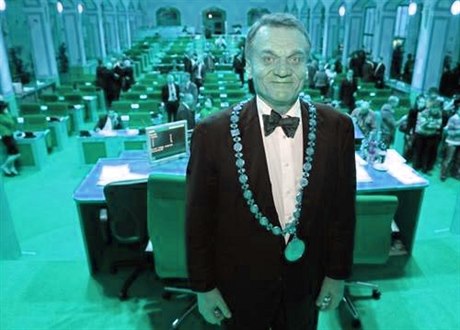 The ownership of heavyweight investors Natland Group is opaque, says Prague Mayor Bohuslav Svoboda, who is reportedly under pressure from his own party, the ‘blues’ (ODS), to stop sniffing around a municipal waste contract foto: © ČTK, Natland Group, Czech Position, Česká pozice 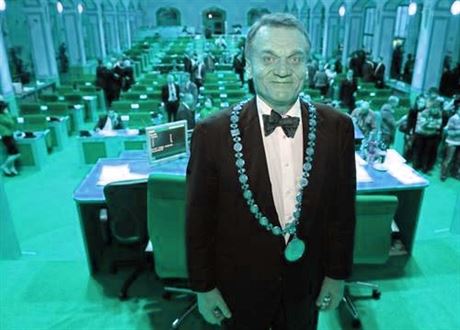 Prague mayor Bohuslav Svoboda (Civic Democrat, ODS) says he is insisting that Natland Group, a company that has a sizeable stake in the city’s waste disposal company, come clean about its real owners amid suspicions that a massive rubbish removal contract from the Czech capital could be behind the break of the city’s ruling coalition.

The acquisitive Natland Group bought an 18.85 percent stake in Pražské služby in June, but in spite of its ever growing profile on the Prague business scene — it was previously at the center of sweeping changes at Prague football club, Slavia Prague which resulted in former ODS transport minister Aleš Řebíček taking control — has been hiding behind a Cyprus company registration, which gives no clues about its real owners or who is pulling the strings.

“The city council [in Czech rada, the small executive body which effectively runs the city] already asked last week for information about the structure of the company. At yesterday’s council meeting we furthermore put in a letter that we have not received an answer but we still count on getting it,” Svoboda told the paper.

‘At yesterday’s council meeting we furthermore put in a letter that we have not received an answer but we still count on getting it.’

Suspicions have long circulated that two of Prague’s main political wheelers and dealers, lobbyists Roman Janoušek and Tomáš Hrdlička, both close to Prague’s ODS, are the real owners of Natland Group. They have denied such suggestions.

Svoboda’s determination about getting to the bottom of Natland’s ownership — combined with a pending decision about a massive 10-year contract for collecting and shipping Prague’s household waste — have fueled speculation that rubbish company Pražské služby is the real reason for Monday’s decision by Prague Civic Democrats to pull the plug on their unpopular one-year coalition with the left-of-center Social Democrats (ČSSD).

The surprise move, opening up the way up for a new coalition pairing between the winners of the city council elections in 2010, TOP 09, and the ODS, was, according to this line of argument, really sparked by the desire to ditch Svoboda, who has shown himself resolute in his combat against corruption and suspicious tenders at Prague City Hall.

The ODS could have been excused for believing that TOP 09, the biggest party in the council chamber, would insist on its previous mayoral candidate and ex-governor of the  Czech National Bank (ČNB) Zdeněk Tůma, becoming the new mayor, although this does not now seem such a surefire certainly.

Pražské služby is part of a consortium in pole position to win a multi-billion crown contract to ship the Czech capital’s waste from 2012 until the end of 2021. Its offer, in a consortium together with the companies Pražská odpadová and AVE CZ odpadové hospodářství, came in with the lowest offer of Kč 16.396 billion to carry out the contract when offers were opened at the start of the month.

Other bidders came in slightly higher, with a 14-strong consortium headed by Marius Pedersen offering to carry out the contract for Kč 16.932 billion and a six-company offer piloted by the A.S.A company seeking Kč 16.820 billion for the work.

Mayor Svoboda, however, has been in no rush to seal the deal with the lowest bidding Čistá Praha consortium, saying that he believes that the tender prices to carry out the work are inflated with the original tender documents counting on bids of around Kč 13 billion. Sources told Czech Position in the past that the final bids could easily have been Kč 5 billion – Kč 6 billion lower.

Svoboda publicly declared Tuesday that the rubbish deal could be the real reason for ending the ODS–ČSSD coalition and trying to eject him from the mayor’s office. “It may be the case that the mayor is an obstruction, but I can also say that the problem may be due to the fact that we have on the table a large contract for cleaning the city. We call it the ‘Prague eco-tender’ and this could be the problem that I, or we, don’t agree with the form in which the offers are presented,” he said.

The rubbish contract is due to be debated next week by Prague city hall’s executive council. Hospodářské noviny said Wednesday that suggestions are circulating that the massive tender will be split up into smaller parts, the likely outcome for the national eco-tender as well.

“I don’t want to disclose specific options because they could influence the executive council , and that would not be right,” Svoboda said.

Pražské služby’s partners in the massive rubbish collection tender are AVE, part of the Austrian utilities group Energie AG with activities across Central Europe and claims third place on the Czech market for rubbish collection and treatment. Compared with its consortium partners, Pražská odpadová is a dwarf of a firm, recently registered as a company with the sole aim of being included in the bid.

TOP 09 city council member Pavel Richter denounced the whole tender as a tunneling operation and Pražská odpadová as a front to pump cash from the overpriced contract in the days following the opening of offers for the tender at the start of November.