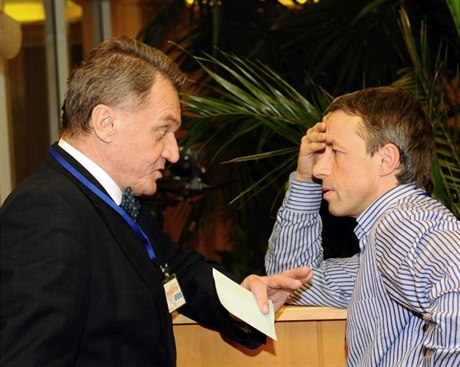 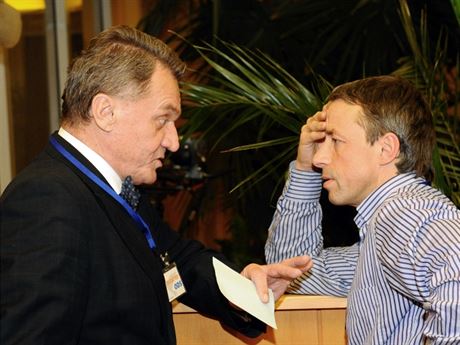 Prague Mayor Bohuslav Svoboda’s indirect call on his predecessor Pavel Bém to resign from the Civic Democrats (ODS) over alleged cronyism and corruption during his tenure in City Hall has reportedly been backed by the club of politicians from the party’s Prague chapter.

“I can only state for myself that if I found myself in the situation in which Pavel Bém is in, I would give up my membership in the party until everything has been clarified,” Svoboda said Monday following a meeting of Prague ODS politicians, adding that his colleagues backed his position.

Svoboda added that both he and Prime Minister and ODS leader Petr Nečas had called upon Bém, now a deputy in the lower house of parliament, to meet with them but that he has left the country. “I called on Bém for a discussion. He informed me he is on the way to Tbilisi and that he would call me,” Svoboda told a press conference.

On Monday afternoon, one of Bém’s associates informed the news server iHned.cz that the former mayor was in the Georgian capital to attend an anti-drug conference and that he is due to return home on Wednesday. Bém has reportedly said he will fight tooth and nail to preserve his political career.

‘I won’t resign and runaway like a street thief with an absurd confession written on my forehead… Quite the opposite, I will fight to the last breath.’Svoboda says he will not consider proposing the suspension of Bém’s ODS membership prior to meeting with him to discuss the allegations raised against him. On Monday the daily Mladá fronta dnes (MfD) published more transcripts of wiretaps of conversations between him and “godfather” lobbyist and entrepreneur Roman Janoušek.

The conversations were recorded by the Czech domestic intelligence agency BIS in 2007, with permission from the High Court in Prague. However, the wiretaps were reportedly obtained in 2009 by the private security and detective firm ABL, which was founded and in 2009 still owned by Vít Bárta (Public Affairs, VV), who is currently on trial on charges of offering bribes.

The parliamentary committee for the control of BIS is due to hold hearings on Tuesday about how the wiretaps were leaked from the state intelligence service.

The newly published transcripts include a discussion between Bém and Janoušek about the future of the real estate developer Navatyp following the death of its founder Richard Navrátil. The firm has been closely tied to the Prague administration, winning tenders and managing city property. It was purchased from Navrátil’s widow by a company with nontransparent ownership and is now owned by the investment firm Natland Group.

“We need to put this [situation with Navatype] in order, otherwise there’ll be a right mess,” Bém told Janoušek in a conversation recorded in 2007. Janoušek responded, among others by recommending Bém to arrange a meeting with Navrátil’s widow, advice which Bém said he would act upon.

For years, rumors and speculation have circulated about the extent of Janoušek’s direct influence upon Prague City Hall’s commercial operations and property decisions, but the wiretaps provide the strongest indication to date of his influence over the administration of the Czech Capital.

In a text message published by the server iHned.cz Monday, Bém said he would fight tooth and nail to preserve his political career and would not resign unless there is a clear indication that he broke the law. “Until then, I won’t resign and runaway like a street thief with an absurd confession written on my forehead… Quite the opposite, I will fight to the last breath. I’ve always been used to it, be it on Everest or in Czech politics,” Bém, a keen mountaineer who controversially took an extended holiday to climb the world’s highest mountain when still Prague mayor, said Monday.