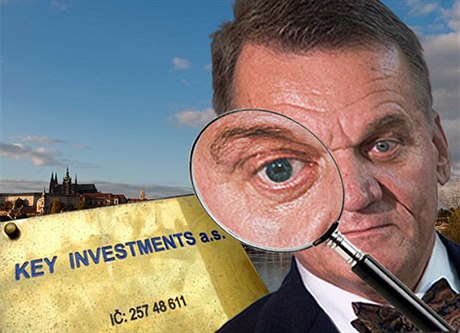 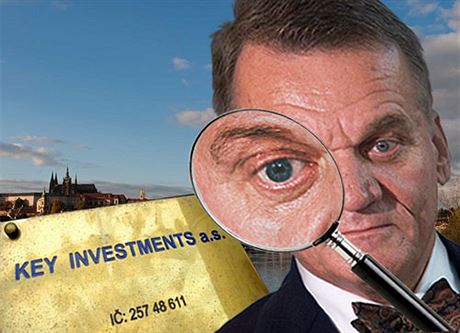 Better late than never. After nearly half a year of foot-dragging, Prague Mayor Bohuslav Svoboda (Civic Democrats, ODS) finally decided last month to launch an internal investigation as to how the councils of the Prague 6, 10 and 13 districts have been investing public money through the brokerage Key Investments and seek to implement better control mechanisms.

Svoboda was compelled to act because these districts’ town halls had entrusted some Kč 1 billion with the dubious brokerage — which is under investigation by the Czech National Bank (ČNB) and a political embarrassment for the party (all three district mayors are ODS members) due to media coverage.

Thanks to Key Investments, the Prague 6 and 10 districts still have roughly half of their money tied up in illiquid bonds of Via Chem Group and E Side Property (the owner of Slavia Prague football club’s Eden stadium) and shares in Spolchemie (Spolku pro chemickou a hutní výrobu), which hasn’t been traded since 2007.

The city’s Department of Control Activities carried out the review process in late July/early August, the results of which should be known within a week or two. “The investigation is continuing. I suppose that it will finish next week,” Prague 6 deputy mayor Petr Ayeboua told Czech Position.

City officials are focusing on the legality of the processes by which the questionable investments were approved, Svoboda’s office confirmed. However, he is not merely interested in how and why the Prague districts entrusted public funds to Key Investments — he wants to prevent such missteps from happening in future. To that end, the Prague City Hall council will be putting forward suggestions for revised regulations on investing public funds, as will district mayors themselves. The municipality’s budget office will then draw up relevant materials later in August.

No one can say he didn’t act

According to Czech Position’s information, Svoboda was in fact reluctant to push through such measures but was left with little choice. Following the process, the town halls will receive new protocols. As for the review itself, there is every indication that it will uncover irregularities, but it is unlikely to result in the criminal prosecution of the politicians involved. ‘We have the feeling Mayor Svoboda is only taking a symbolic step as an alibi.’

A source from the leadership of one of the town hall districts in question told Czech Position that the inspectors from the municipality have only asked for written documentation and are clearly not interested in digging into the deeper context of the Key Investments case.

“We have the feeling Mayor Svoboda is only taking a symbolic step as an alibi. Now, no one can criticize him for not taking any action over the affair. The fact that it took him six months to order the control review after the case was first reported by the media suggets this is the case,” the source said.

Also perhaps not boding well for the depth of the control process, for example, are the links between the companies and politicians involved in the Key Investments affair. Auditing Dykast, the auditor of the brokerage to which the administrations of Prague 6, 10 and 13 entrusted almost Kč 1 billion, also works also works for the firm E Side Property, whose bonds Key Investments purchased for the portfolios of the Prague districts.

It so happens that the owner of Auditing Dykast is the uncle of Vladislav Dykast, director of the Department of the Office of the Minister of Environment, and Environment Minister Tomáš Chalupa (ODS) was mayor of Prague 6 from 2002 until 2011 when the district entrusted almost Kč 600 million of Prague 6 public funds to Key Investments.

Previous articles on the Key Investments case are archived here