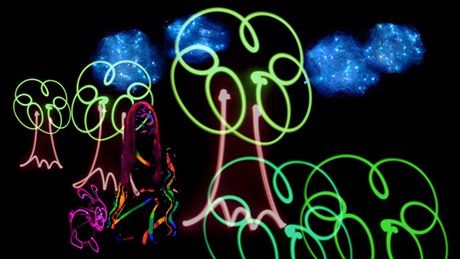 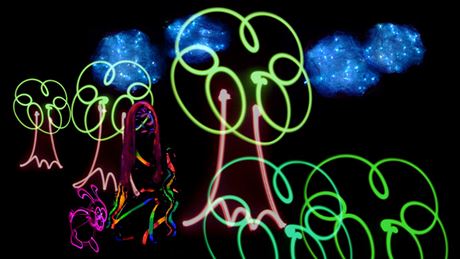 The world of flying saucers and cartoon franchises is worlds away from what many filmmakers today are doing with 3D technology. On Dec. 8 the Parallax Stereoscopic Video Art Festival taking place at Prague’s Lucerna cinema represents Central Europe’s first festival devoted to 3D films and shows the extent to which the visual technique is being employed by a diverse group of independent artists.

The festival is being organized by CIANT, the Prague-based International Centre for Art and New Technologies. CIANT has been organizing workshops on stereoscopic 3D filming for professionals and students for the past few years, and festival manager Jan Rolnik told Czech Position that they saw it as an opportunity to get ahead of the curve.

“We’re doing the festival to somehow foster this new scene here, this new technique and the people who want to work with it. It’s not only entertainment. We want to foster the independent scene,” Rolnik said.

The lineup of films at the festival is highly international, which might reflect what Rolnik sees as a technique that is being driven more by individual filmmakers than by certain countries. “I don’t think you could say any country is in the lead. The best work is mostly being done by individuals and small companies.”

Two of the feature films that have helped give 3D filmmaking greater artistic respectability are the documentaries “Pina” by Wim Wenders and “Cave of Forgotten Dreams” by Werner Herzog. The work of the two German directors appeared in Prague as part of Das Filmfest in October and returns as part of Parallax with the focus on the stereoscopic filmmaking of the story of Pina Bausch’s dance company and prehistoric cave paintings.

Continuing the trend of 3D documentaries the festival will be showing the first Czech 3D documentary “A Message from Tučín” by Jan Látal, in which the residents of a northern Moravian village send a message into outer space giving the extraterrestrial world a picture of how they live.

Rolnik sees 3D documentary making as a wave of the future due to the increasing availability of the technology. Considering a flat screen TV with 3D capabilities now costs around Kč 20,000 and 3D capable cameras can be bought for around Kč 30,000 — and even mobile phones are being equipped with 3D technology — the techniques of the medium will be increasingly relevant for home video makers, documentary directors and artists working in similar mediums. “Anybody will be able to work with this in a few years,” Rolnik said.

The heart of the festival is the selection of 3D short films by directors from countries as varied as Lithuania, Japan, Germany, the US and the Czech Republic among others. Some of the directors whose films are showing in the festival are established names in the film and art world, branching out into 3D filmmaking, not unlike Herzog and Wenders. Others are young directors that are making 3D filmmaking the staple of their body of work.

“Plasticity,” directed by Ryan Suits with Atomic Cheesecake Productions, is an example of the work of an independent strain of young filmmakers engaging with the possibilities of 3D technology. A Day-Glo extravaganza that combines light painting and photography, this abstract short is about as far from the commercial uses of 3D as you can get.

On the production collective’s website they write that they “seek to explore the potential for 3D as a storytelling medium through both fiction and non-fiction pieces; to collaborate with artists in various fields to produce unique work in 3D,” which is borne out by a diverse range of 3D projects, including an ongoing documentary of the Occupy Philly protests, a documentary of Philadelphia’s Naked Bike Ride 2011 and a hallucinatory look inside a writer’s mind in “De-Visions 3D.”

Allison Hunter’s “Honey Bee,” on the other hand, brings an environmental angle through alternating images of bees in nature with those of cyber-bees in a deforested futuristic world. The realm of fantasy is even more pronounced in Colombian director’s Santiago Caicedo’s animated “UYUYUI!,” in which two children are blown apart by a violent wind into a world of marvelous shapes and colors.

Julie Depardieu, daughter of the legendary French actor Gérard Depardieu, stars in “Shooting” by Jérôme Diamant-Berger, the story of an actress and artist that are shrunk so as to fit inside an optical theater where they will make the artist’s latest film.

The future potential of stereoscopic filmmaking is immense, not only in relation to technological advances and the growing range of subjects as 3D filmmaking becomes increasingly available to innovative filmmakers, but also in altering and expanding the viewing process itself. In Volker Kuchelmeister’s experimental 3D short film “Hong Kong Skydrive” the landscape of the Chinese metropolis seems to shift and fragment before the viewer’s eyes.

“I believe this scene will be growing. People want to work with this technology, and to try it you have to know how to use it,” Rolnik said.