The long-running festival returns with acts from across the globe,  and if you can’t find an interesting show you aren’t looking 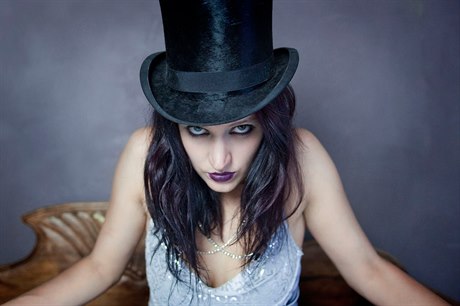 Anya Anastasia appears in ‘The Upside Down Girl,’ one of several musical acts in this year’s Prague Fringe foto:  © Anya Anastasia, Česká pozice 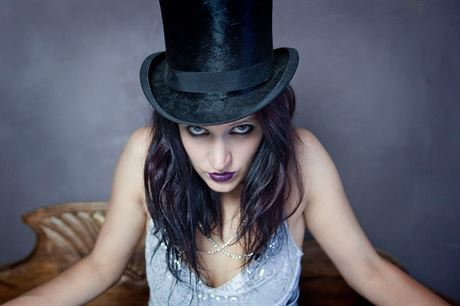 This year, the Prague Fringe Festival goes up to 11 — at least, it is the 11th edition of the alternative theater festival.

The festival has 46 shows during its nine-day run, and all of the venues are in the Malá Strana area, which makes it easier to see multiple shows on one day. “We are using the wonderful Malostranská Beseda for the entire run this time. The Fringe Club will take place here and one-third of the whole event takes place in this marvelous historical venue,” festival director Steve Gove told Czech Position.

The festival tries to offer something for everyone, but there are a few standout shows. “The winning show from Amsterdam Fringe 2011 is a must,” Gove said. The Dutch troupe Gehring & Ketelaars stages “Bye Bye World” (Kelder), which explores the possibility of simply disappearing to start over again. The Amsterdam Fringe Jury described the performance as “moving and mysterious.”

Bringing a show to a new theater is always a bit of a risk. Another Dutch act is leaving nothing to chance. “An original venue for this year is a caravan that is being driven from Amsterdam by Nancy Wiltink,” Gove said. The vehicle, which is the staging grounds of a show called “Chat,” is a time machine that has something to do with the invention of a new biofuel.

But the festival offers a lot more than a few Dutch treats. Performers come from North America, across Europe and all the way to New Zealand — and the shows range from takes on classical theater to freewheeling modern affairs. “For a taste of New York, try the historical pop culture spectacle that is ‘Nuclear Love Affair’ starring Marilyn Monroe, Charlie Chaplin and the atomic bomb,” Gove said. NYTheatre.com called the play “an amazing theatrical experience.” The show delves into the social changes that occurred after the atomic bomb was dropped.

Not all of the shows rely on the English language. Slovenian actor Vitomir Vrataric stages “Restaurant” in jibberish. For fans of physical comedy and the accordion there is “Beesquit,”a humorous and almost wordless look at various characters staged by Artimmediate.The show is a blossoming love story between a waiter and a customer.

A solo dance piece called “Only Place” by Kate Nankervis also is universally understood. The show finds a young woman dancing in her room. Last year, Makoto Inoue performed a wordless one-man show based on Shakespeare’s “Richard III.” He returns with “Vanya,” an interpretation of a Chekhov play. The production was already won several awards including a gold medal at the International Mime Festival.

And while scripts are fine, not everyone uses them. Scotland’s To Be Continued … troupe performs “Absolute Improv” based on suggestions from the audience. They may have their work cut out for them as Prague audiences are notoriously reticent when it comes to audience participation, as any rock bands that has attempted to get the audience to sing along can affirm.

Musical acts have grown in number this year. Anya Anastasia comes from Australia to put on her show “The Upside Down Girl,” a collection of touching love songs and tales of rejection. Toronto-based Steve Lewin puts on an eponymous show of his own works. Another musical act is “Pianodivalicious,” by Amy Ambler. Her songs contain a bit of innuendo, so parents are cautioned.

Unusual bits of the Bard

There is a bit of serendipity in the festival program this year. “Michael McEvoy returns for the fifth year with his ‘Shakespeare’s Kings and Clowns’ and that opens up the topic of the Shakespeare theme that runs through this year’s fringe,” Gove said. McEvoy previously presented shows about George Orwell, Charles Dickens and Machiavelli.

The Prague Shakespeare Festival is presenting Shakespeare Orange County’s production of “Venus and Adonis.” The company’s staging of the Bard’s epic poem of female lust earned a positive review from The Los Angeles Times.

Gareth Armstrong, who performed his one-man show Shylock in the first Fringe in 2002, returns to direct Gerard Logan in “The Rape of Lucrece,” an adaptation of another Shakespeare poem. Logan won an award for best solo performer at the Edinburgh Fringe in 2011. Theater director Sir Trevor Nunn said the show was sensational, and Theatre Guide London said it was “one of the most engrossing hours you will spend.”

Some local acts are also on the program. Gail Whitmore returns with “Human Jukebox,” a show where she sings from 2,000 songs that she has committed to memory. The show has its roots in the 1990s when she would do impromptu recitals for friends. Eventually she made a list of all the songs she knew. In describing her show Whitmore says that there’s something for everyone. “If you want legitimate singing it’s there. If you wanna see me make an ass out of myself in an evening gown I'll do it. … Basically the Human Jukebox has no shame,” Whitmore said. “Last year was my second year at Fringe, and not only did I have a sold out run but the entire Fringe family truly made me feel like a princess.”

The local theater troupe Wild Mint has one member from Australia and two from the Czech Republic. Their first production is “Déja vu,” which was written by troupe member Stuart Mentha with the Fringe in mind. The play finds a couple breaking up, but facing the feeling that they have seen it before.

If you want to know a little more about some of the shows before committing to buying a ticket, there is the Fringe Sunday on June 3 at Malostranská Beseda at 2 p.m. Short snippets, about a minute each, will give patrons a preview of several of the shows. The bar will open as well to provide for a relaxed atmosphere. Admission to this event is free.