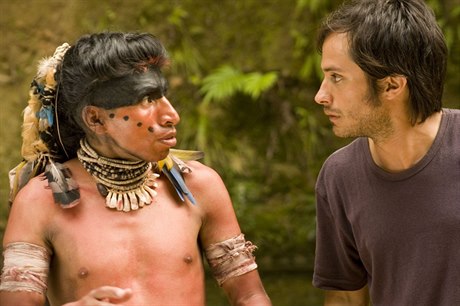 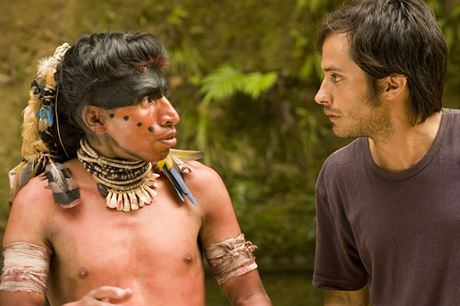 Prague’s Spanish film festival La Pelicula goes far beyond the geographical boundaries of the country itself. Besides a range of contemporary films about Spanish life, it also includes sections on Spanish neo-realist films from 1951-61, Venezuelan film, and a Spanish-written and directed Hollywood thriller starring Clive Owen.

The breadth of the Spanish-speaking world comes into play through both the diverse origins of the filmmakers represented as well as the settings for some of the films. One of the strangest and most cutting-edge on show is the latest feature by Phillipino independent filmmaker Raya Martin. “Buenas Noches, Espana” deals with the Spanish colonization of the Phillipines in a highly unconventional manner. The film follows a Spanish couple that takes drugs and teleports through their TV set between Spain, Mexico and the Phillipines (without offering either narrative or dialogue to make sense of their journey).

To the last drop

Colonization also plays a major role in “Even the Rain” (También la lluvia – Czech subtitles only) directed by Icíar Bollaín. The film stars Gael García Bernal of “Amores Perros” and “The Motorcycle Diaries” fame as a director making a film about the explorer Christopher Columbus and his brutal treatment of the indigenous population in the New World. Filming on location in Bolivia for greater authenticity and low costs, the production is disrupted by a conflict over local water supplies, which sets up a stark parallel between the exploitation of the Indian population then and now.

One of the most riveting scenes takes place as they wrap up shooting a scene of the Spanish colonizers burning Indians at the stake. Immediately upon completion, with the native actors still propped up on the wooden stakes, the Bolivian police appear to arrest the actor playing the Indian leader, who also happens to be a leader of the increasingly heated protests. The direct parallels between past and present risk overemphasizing the obvious yet are enlivened by a range of outstanding performances, making for a powerful film that justify the film being Spain’s nomination for last year’s Academy Awards.

The festival’s selection of Spanish films from the ‘50s provides a chance to see the roots of modern-day Spanish cinema’s rebirth after the dormancy of the earliest years of the Franco regime. “Surcos,” directed by José Antonio Nieves Conde in 1951, is a story of the brutal reality a family finds upon leaving their farm to move to the big city. The film caused an outcry among conservative elements of the Spanish government for both its dark story as well as its neorealist visual style.

Ten years later, Luis Bunuel’s “Viridiana” caused an even greater controversy among the powers that be, leading to its banning in Spain. The film was finally released in Spain after Franco’s death in 1977. While the film is grouped together with neorealist films in the festival, it incorporates many elements from Bunuel’s early surrealist films and makes simultaneously strong and parodic references to monuments of European culture, such as the riotous scene of beggars breaking into the mansion where the film takes place to the sound of Handel’s Messiah who end up posing for a photo resembling Leonardo Da Vinci’s Last Supper.

The work of Carlos Saura is a landmark in Spanish film history, and his 1960 film “Los Golfos” (The Delinquents) a classic of neorealism. The same is true of “Muerte de un ciclista” (The Death of a Cyclist) by Juan Antonio Bardem (uncle of the actor Javier Bardem), which shows what happens when a couple having an affair hit and kill a cyclist, and then try to evade responsibility to avoid revealing their tryst.

“Intruders” is an English-language Spanish film directed by Juan Carlos Fresnadillo and starring British star Clive Owen. Speaking at the press conference for the festival, the cultural counselor at the Spanish Embassy in Prague, Álvaro Díaz Duque, welcomed what the blockbuster horror film represents. “‘Intruders’ is a typical example of how Spanish film is becoming more international. It brings together the best of European and American filmmaking.”

Reviews of the film have been mixed, with some critics complaining that “Intruders” lacks the vividness and focus of earlier Fresnadillo films such as “Intact” and “28 Weeks Later” while others describe it as an effective psychological drama.

If horror and the exploration of Spain’s colonial past are not your thing, La Pelicula has its share of other genres. In another example of encroaching on typical Hollywood fare, the film “Mystikal” (Czech subtitles only) is a high-tech fantasy film about a bumbling wizard’s apprentice. “Todas las canciones hablan de mí” is a romantic comedy directed by Jonás Trueba, son of the famous Spanish director Fernando Trueba, whose work is represented in the festival by “Chico y Rita,” a story that begins in Cuba in 1948 and tracks the love between a singer and pianist that takes them from Havana to New York, Paris, Hollywood and Las Vegas.