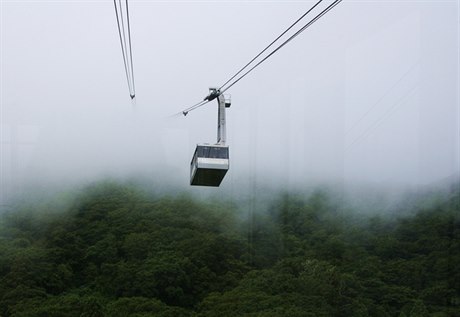 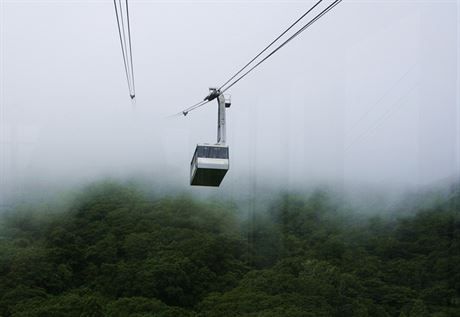 Plans for a two-kilometer cable car line across the Prokopské Valley linking the district of Barrandov with the Nové Butovice metro station in southwest Prague have been approved by the administrations of Prague 5 and 13. However, the head of Prague 5’s environment committee says the project would ruin a protected nature reserve and is financially unviable.

“It’s not a myth; such a plan does exist. In January the Council of Prague 13 approved the proposed changes to the territorial plan, which would enable the realization of the project,” Prague 13 Mayor David Vondrážka (Civic Democrats, ODS) told the administration’s official monthly bulletin STOP, adding that the project was conceived by the administration of Prague 5, which would secure financing.

Prague 5 Mayor Radek Klíma (TOP 09) says despite the planning approval for the project, construction is not assured. “The District of Prague 5 now has a study for the creation of the Barrandov Park, part of which could be the construction of a cable car, nevertheless, all other matters are to be negotiated in future discussions,” Klíma told the daily Hospodářské noviny.

No funds for now

‘Many people from Barrandov would definitely welcome the link to the [Nové Butivice] metro and shopping center’“What’s sure is that at the current time Prague 5 doesn’t have any spare funds to finance the building of a cable car from its own resources,” Klíma added.

According to the project plans drawn up by PSK Tuzar studio, the cable car line would be 2,062 meters in length and be supported by three pylons with a height of 32 to 45 meters. The line would have two 60-passenger cabins.

“With a speed of 7 to 10 meters per second, the journey would take just five minutes. The journey from Nové Butovice to Barrandov takes 15 minutes by car and 25 minutes by public transport. Many people from Barrandov would definitely welcome the link to the metro and shopping center [in Nové Butovice], while residents of Prague 13 would enjoy closer connection to the aqua park in Barrandov,” Mayor Vodrážka told STOP. “The operation of the link would in no way be intrusive on nature and would not cause damage to the environment,” he added.

Vodrážka says that if built, the cable car link would be operated by the Prague Transport Company (DPP).

Head of the Prague 5 administration’s environmental committee Ondřej Velek (Green Party, SZ) says the project dates back to the time when Milan Jančík (ODS) was mayor of Prague 5.

Spokesman for the Prague 5 administration Luděk Sefzig told Czech Position on Monday that according to audit documentation filed by the district’s chief architect Elena Lacinová, Prague 5 paid PSK Tuzar around Kč 280,000 for the project proposal for Barrandov Park and the cable car.

In 2010 the anti-corruption police (ÚOKFK) launched an investigation into Jančík’s dealings as Prague 5 mayor under suspicion of abuse of office. However, in January 2011 the public prosecution service rejected the findings put forward by the ÚOKFK. The police responded by presenting their revised conclusions the following month.

‘It’s about tunneling public budgets using various dubious projects and studies’Head State Prosecutor for Prague 5 Hana Vrbová confirmed to Czech Position on Monday that the investigation into alleged abuse of power by Jančík is continuing, though she declined to say when a decision whether or not to prosecute can be expected.

Tunnel in the air?

Jančík served as Prague 5 mayor from 2002 through to 2010. He received a law degree and doctorate in law from the law faculty of the University of West Bohemia in Plzeň which now faces closure due to exposure of corrupt practices that saw number of prominent politicians and businessmen receiving master’s degrees and doctorates without apparently even attending courses or submitting original thesis work.

“I consider the cable car project as a diversion of attention from the most important issues in Prague 5 and 13. It’s about tunneling [i.e. embezzling] public budgets using various dubious projects and studies,” Velek told Czech Position.

Velek also rejects Mayor Vodrážka’s claim the project would not intrude on the surrounding environment: “Three 40-meter high pylons would severely damage the view of the Prokopské Valley and would be a major attack on the unique environment of the valley. I consider the impact the project would have upon the site of the Butovice fort would amount to an ecological atrocity,” Velek told the daily Hospodářské noviny.