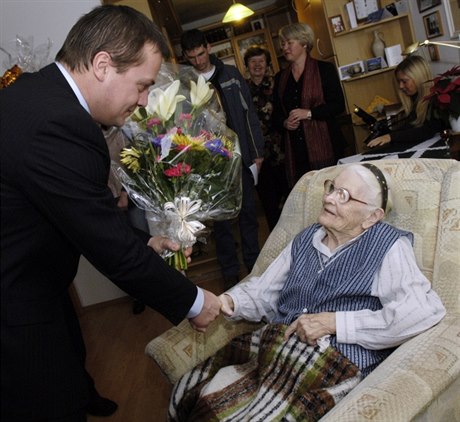 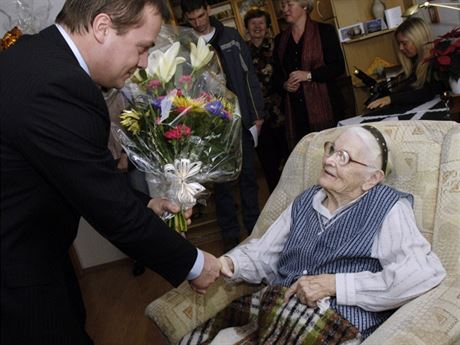 Academic and job titles are of great importance in Czech culture, in both verbal and written address. If your landlady’s name is Jana Novaková, you might still address her as “Paní domácí” or literally “Mrs Landlady” — but if she has a graduate degree, she may well insist on being called “Pani magistra” or literally “Mrs Master’s degree holder.”

In a culture where people often tout their academic titles not only on their calling cards but also on their doorbells — a quick scan of the mailboxes in your average apartment house will yield an array of doktors, magistrs, inženýrs, JUDrs, PHdrs and the like —revelations that public officials and politicians may have cut corners to earn their degrees are always news (driven in part by the Czechs’ famous inclination towards schadenfreude).

And so it is of little surprise that Czech public radio (Český rozhlas) reported on Thursday that yet another politician is facing unwanted scrutiny over his scholarly credentials: Two prominent academics who separately examined the master’s thesis of Prague 11 mayor Dalibor Mlejnský (Civic Democrats, ODS), due to suspicions of plagiarism, say the majority of the paper was indeed copied verbatim — and almost completely lacked citation.

Mlejnský’s thesis titled “The History of Charles University” was lifted from two books (Jacques LeGoff’s “Intellectuals in the Middle Ages” and, more obviously, volumes of “The History of Charles University” by various scholars over the centuries, according to the two academics, who had been asked by the state broadcaster to make the expert assessments.

Ivana Čornejová, the head of Institute of the History of Charles University (who ought to know), and Jiří Stočes, a professor of history at the University of West Bohemia (ZČU) — which has had its own troubles in years past, with its law faculty acting as a “diploma mill” for politicians and police officers — also concur that the district mayor’s thesis was not properly constructed.

‘The thesis has no footnotes. That is unacceptable at any institution of higher learning.’

“The thesis has no footnotes. That is unacceptable at any institution of higher learning. Also, there is a very limited bibliography from which the author allegedly drew upon,” Čornejová told Český rozhlas. “Of course, he only really drew from the two works already mentioned — and word for word.”

Stočes went a step further in his criticism, saying that Mlejnský could not even be “considered the author” of the thesis, giving numerous examples of plagiarism. “The tenth chapter of the thesis is identical to a chapter of … The History of Charles University, I, pp. 42-58 and the same goes for chapters 11 through 13 (from pp. 205-216).”

Mlejnský rejects the charges of plagiarism adding that it was reviewed by a commission at the University of Jan Amos Komenský, which awarded him his master’s degree. “My thesis advisor, who helped me prepare the work, said it was acceptable or good. … I passed the state commission review. Maybe those who judge it [now] don’t like it but that’s the fact.”

Back in 1996, Czech “title mania” became a hot topic of public debate following a scandal that came to be known as “JUDr-gate” saw the resignation of half a dozen Czech politicians who had been using the title “Doctor of Law” without having the academic degree to back it up. Among them was then Justice Minister Jan Kalvoda (Civic Democratic Alliance, ODA).

In 2005, an Interior Ministry expert in the fight against illegal drugs, “inženýr” Jiří Vacek, found himself the subject of ridicule after the weekly magazine Týden reported that he not only had no right to use the title “Mr Bachelor of Science” as he didn’t even graduate from high school — “Mr Elementary School Graduate” doesn’t have quite the same ring to it.

‘Mr Elementary School Graduate’ doesn’t have quite the same ring to it.

But the biggest and most enduring scandal followed upon revelations in 2009 that the law faculty of the University of West Bohemia (ZČU) in Plzeň had been awarding fast-track degrees — to those who had plagiarized or not even bothered to submit dissertations; then Education Minister Miroslava Kopicová ordered an audit of all Czech universities to see if such practices were widespread.

In total, the ministry set out to check the work of more than 315,000 people who graduated from Czech intuitions after 2000, initially focusing on the law faculties of public universities. It was described by the Czech media as “the biggest scandal ever to have shaken the Czech education system.”

Former Prague 5 mayor Milan Jančík, under fire for public land lease deals who could faces criminal charges for abuse of office due to other suspicious contracts he signed while in office, was also awarded a fast-track JUDr. from the Plzeň faculty.

Among the first people to be stripped of a law degree from ZČU has filed a law suit to have his degree reinstated — Czech entrepreneur Jan Harangozzo, who made headlines for his alleged role in the high-profile fraud cases relating to Judge Jiří Berka. The 27-page law suit, filed in September, outlines a number of arguments why Harangozzo should not have been denied the Master’s degree and the right to use the coveted “Mgr.” title before his name — despite the fact that he completed the five-year course in under three months (during the summer holidays).