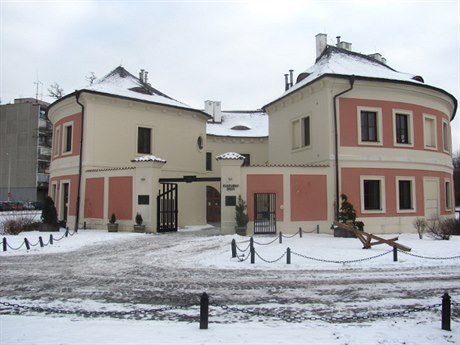 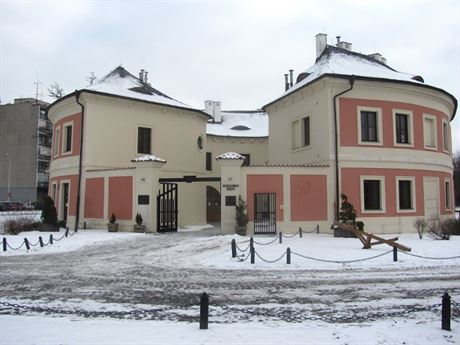 Culture is not the first thing that springs to mind when gazing at the rows of grimy concrete apartment buildings that make up Prague’s Jižní Město (South City or Town in English). The largest housing estate in the Czech Republic seems more like a relic of the country’s communist past. Fortunately, there are people devoted to changing this negative perception and proving to locals that cultural stimulation doesn’t require a 30-minute metro ride to the city center.

Chodovská tvrz is an anomaly in this outlying area of Prague, a circular 13th century building among the pre-fabricated panel buildings. While it has been a cultural center since the 1980s, new management (including Kašpar) came to the site in 2007 with the notion of doing things much differently than before.

Besides Chodovská tvrz, Kulturní Jižní Město also runs Kulturní Centrum Zahrada, and it was this site that received the organization’s primary attention. Now, as part of a shift in focus, a new curator has been hired at Chodovská tvrz, and a rich and varied program is being instituted there.

Kašpar says that while previous exhibitions held at Chodovská tvrz’s gallery have proven highly successful — including shows by Goya and Adolf Born — he envisions a different role for the gallery in promoting contemporary work.

“They were kind of pop exhibitions, which means a lot of people came to see them, but on the other hand they weren’t accepted among the art scene. By changing the curator and exhibiting contemporary art we’ve lost the people and for people in Prague we still aren’t recognized as a Prague gallery. But we get respect from the art scene,” he said.

Kašpar sees this as a first step in putting itself on Prague’s artistic map and gaining the respect of local inhabitants. “It’s a process and will take time but we’re working on it.”

Recent exhibitions have included the painting of Tomáš Bárta, whose work comprises colorful, jagged geometric shapes that contain faint hints of figurative painting. A previous exhibition by Lubomír Typlt consisted of work that harks back to Fauvism and Expressionism, though with a singular and striking presentation.

The current exhibition pairs a Czech artist, Marie Hladíková, with the Norwegian-born Anders Gronlien, who ended up staying in Prague after coming here to study. This exhibition is the second time the two artists have collaborated on a show.

The gallery and the art exhibited there represents only a part of what Kašpar and his associates aim to achieve. Among the more far-reaching projects being carried out is one called People in places (Lidé v místech), which focuses on the perceptions inhabitants of Jižní Město have on the place they live. The program has its own website grouping together urban areas from the four Visegrád countries.

“The project is basically about understanding the place where people live, so we deal with topics such as art in public spaces, community art, architecture,” Kašpar said, adding that in many ways the gallery, café and program of events at Chodovská tvrz serve as a way to bring people in to talk about and consider the issues relating to their surroundings.

“We have these discussions with professionals on various topics, such as talking with an architect about what we see around here, as well as asking what home means, the role of the family and social relations. We look into the history of a place.”

Other means of drawing people include guided tours of exhibitions with the curator or artists, lectures, concerts, children’s events such as storytelling and puppet shows, and educational programs for schools for which the space has a workshop space.

“We’re not in the center of the city, so people won’t just come in. We have to attract the local people but they won’t come just for art.”

Putting art on the streets

Another long-term project is the Street for Art festival (May 18–26), which is in its fifth year. Each year the festival is organized around a theme that thrusts art out beyond the walls of galleries and museums and into the public view.

“Last year’s festival was about public space so we created a wooden platform and simulated ideal conditions for life in a public space, which included green spaces, places to sit, a playground area for children visible from the seating. And with everything in the set up moveable people were able to adjust the installation to their own preferences,” Kašpar said.

This year the theme is cultural place and what it means to have culture in a certain place.

By expanding people’s view of what culture is — from football matches to the celebration of St. Nicholas’s day — the center aims to show people that culture can be something closer to home. And because presenting these cultural questions in a typical venue wouldn’t have the same power, they are planning to build a special venue under the large concrete bridge at Opatov metro station commonly referred to as the Snail (Šnek) for its spiral shape. The theatrical space will be called Divadlo Šnek.