Obecní dům is undergoing a personnel earthquake, apparently due to its slumping status as a cultural venue – and poor housekeeping 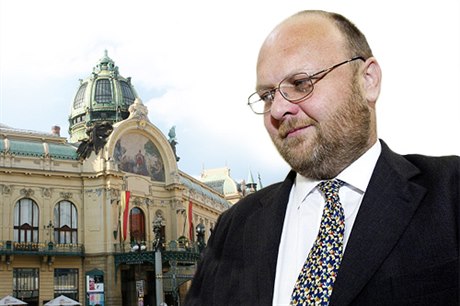 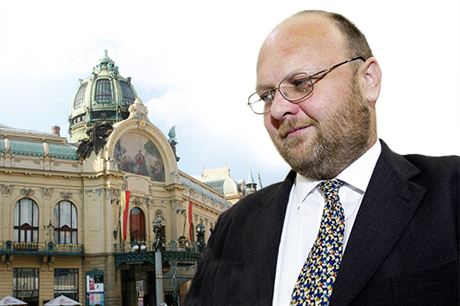 Prague’s art nouveau cultural landmark Municipal House (Obecní dům) is at the center of a far-reaching overhaul of its management being pushed through by its sole owner, Prague City Hall. According to Czech Position sources, the new broom has been sought amid discontent over the city center venue’s declining cultural credit and poor housekeeping.

The new political appointees put on the Municipal House’s main board should take charge of finding a new general manager after drawing up the selection and competition criteria to fill the post.

The series of new appointees includes a familiar, if at first unlikely looking face, as one the new board members. Former general director of Czech public sector broadcaster Czech Radio (Česky rozhlas) from 1993-1999 and general director of the National Library from 2004-2008, Vlastimil Ježek, was voted onto the board at the first meeting of the Municipal House’s supervisory board on Wednesday.

‘Blob’ backer on board

Ježek, a leader of the students’ agitation that sparked the fall of the Czechoslovak communist regime at the end of 1989, was one of the main backers of controversial plans for a new national library to be constructed on Prague’s Letná plain following the designs of renowned worldwide architect Jan Kaplický, who died in January 2009. Kaplický’s design, nicknamed “the blob,” proved divisive and was eventually dropped, but there are signs it could make a comeback.

Ježek tried but failed to make an impact on the country’s political architecture by standing in the Prague 9 district district for the Christian Democrats (KDU-ČSL) in 2008 as a candidate for the Senate. He is joined on the board by Jana Vohralíková, who previously served in the government offices as director of the specialist departments answering to the prime minister, and Vladimír Holzknecht.

One of those quitting the board is the former Prague City Hall and Civic Democrat (ODS) driving force Radovan Šteiner, who was appointed board chairman in May last year. Šteiner was also responsible for transport policy on Prague City Hall’s executive committee between 2002 and 2008. One of his legacies is the excessively over budget and delayed Blanka tunnel complex, which should eventually form part of a new ring road around the Czech capital.

The board changes followed a day after an infusion of new blood on the Municipal House’s supervisory board. New appointees include former Prague 2 mayor, now an ODS member of the lower house, Jana Černochová; Prague 13 deputy mayor Petr Zeman (ODS), and TOP 09 nominees Albert Kubišta and Ludmila Štvánová. Social Democrat (ČSSD) Karel Ptáčník and ODS councilor Antonín Ptáček are among the casualties.

Prague City Hall said that its aim is to boost the number of supervisory board members from three to six, a further two need to be appointed by employees, and increase the control they exercised over the company in charge of the Municipal House.

The last audited figures for the company charged with managing the national monument, for 2010, show that the drop in revenues from 2008 and 2009 was halted, although these merely stabilized at the previous year’s level.

The company made a loss of almost Kč 21 million following heavy expenditure in internal and external repairs. The losses were covered by transferring Kč4.1 million from unused profits from previous years and a Kč 16.7 million transfer from the renewal and investment fund. This left the fund with just under Kč 1 million on its account. A commentary about the accounts observes that while the Municipal House makes an operating profit every year it cannot cover the huge costs of repairs and improvements from ongoing earnings.

The Municipal House appears to be just the latest of Prague City Hall’s wholly owned assets where Mayor Bohuslav Svoboda (ODS) is seeking to assert control.Emergency measures have had to be taken at the council’s biggest company, Prague’s public transport tram, bus and subway company, DPP, following a series of scandals implicating former managers in scams. Svoboda has also been pressing for more transparency over the activities of municipal waste company Pražské služby and the ownership of its minority investor, financial group Natland.