Three Ukrainian builders to receive Kč 200,000 each for handing in historic silver treasure valued at around Kč 6.28 million 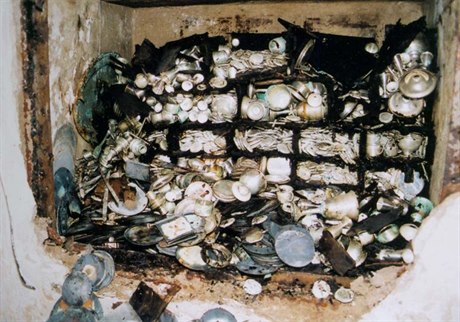 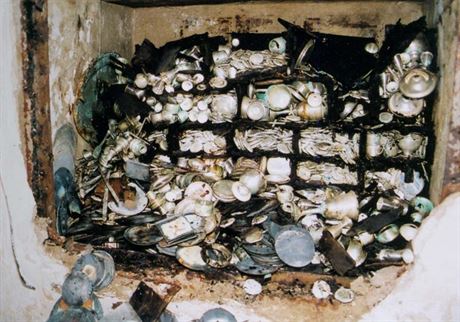 In November 2008, three Ukrainian laborers uncovered a stash including silver coins, cutlery and goblets, weighing almost half a ton when rebuilding a landing between floors in a building on Duškova Street in Prague 5. Nobody claimed ownership thus the silver is now in the ownership of the city. On Tuesday Prague City Council approved paying a reward of Kč 200,000 to each of the three Ukrainians.

“According to the conclusions of the legislative committee, the City of Prague does not have a duty to pay a reward. Nevertheless, it cannot be overlooked that thanks to the honest conduct of the finders, the capital city has become the owner of objects with considerable material and artistic value,” Mayor of Prague Bohuslav Svoboda (Civic Democrats, ODS) said in a statement published on the City Hall website.

“I consider it to be fair and also a motivation in the event of similar finds in the future,” Svoboda added.

The treasure weighing 493 kilograms and comprising coins, cutlery, cutlery, goblets, bracelets, candle sticks and perfume flasks, reportedly dates from the early 20th Century. According to metals restorer for the Museum of Decorative Arts in Prague Světlana Spiwoková, the crafted silver is likely to be the work of silversmith Josef Vokurka, a graduate of the Imperial School of Industrial Craft in Prague.

Historians at the Museum of Prague presume the treasure was buried during, or shortly after World War II, perhaps at the time of the communist takeover in 1948.

The Museum of Prague is now drawing up plans to exhibit the silverware and coins.

“Such objects have their own story, which we are figuring out, and we hope they’ll be of interest to people. After the collection has been studied in detail and restored, we will definitely make it public,” director of the Museum, of Prague Zuzana Strnadová told Czech Radio (ČR).