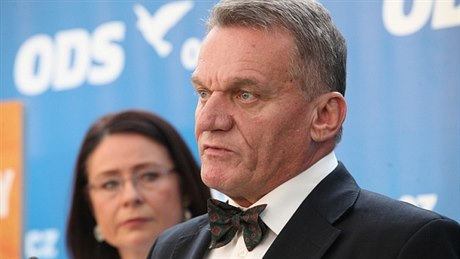 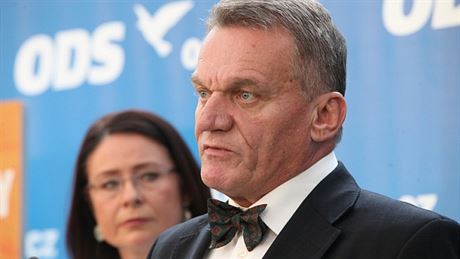 Prague City Hall’s executive council agreed the outlines of its 2012 budget on Tuesday but left key decisions about future infrastructure investment pending until the end of January.

The main lines of the budget, which were already being worked on by the previous coalition of Civic Democrats (ODS) and Social Democrats (ČSSD) that collapsed last week, counts on overall spending of Kč 43.91 billion with income of Kč 37.2 billion and the Kč 6.6 billion difference made up by borrowing and transfers from unspent reserves. A transfer of Kč 1.7 billion unused funds from 2011 is being counted on.

The thorny questions of the city’s 2012 investment budget of Kč 10.1 billion, covering what large infrastructure projects and contracts will be proceeded with, has been left open for further discussion by the new ruling coalition of TOP 09 and the ODS.

“After agreement it was decided to create an investment reserve that will be released following January’s council meeting, when it will have been possible to carry out new talks with the aim of setting investment priorities and ensure the maximum effective use of financial resources,” City Hall said in a statement.

Prague mayor Bohuslav Svoboda (ODS), who continued in place in spite of the switch in coalition albeit with his ODS party now in a minority on the executive council and in the ruling coalition, said TOP 09 needed to get to grips with the budget and both parties needed to reexamine a series of budgetary compromises that had been sealed with ČSSD.

‘We also wanted to analyze the budget again because a series of budgetary areas were the results of compromises from the previous coalition.’

“We considered that it would not be responsible to act otherwise. I was also aware of the fact that our new coalition partner needed enough time to get acquainted with budget problems,” said  Svoboda.

“We also wanted to analyze the budget again because a series of budgetary areas were the results of compromises from the previous coalition. These were in reaction to program declarations which are no longer valid and the conclusion of these compromises caused quite a lot of discontent within the ranks of the council from those elected for the ODS,” he added.

City councilors should vote on the budget outlines at their next meeting on Dec. 15.

Separately, the executive council voted to cancel a controversial 10-year contract for collecting domestic rubbish which was suspected to have been grossly inflated. The council said that even the cheapest bid of Kč 16.396 billion was well over the guideline of  Kč 13.2 billion set in the original tender.

The cheapest bid came from a consortium including the majority council-owned waste company Pražské služby in partnership with the companies Pražská odpadová and AVE CZ odpadové hospodářství. Czech financial group Natland, which has an opaque ownership hidden behind a series of Cyprus-registered companies, has an 18.85 percent stake in Pražské služby. It still has to be seen whether the massive waste tender will be broken down into smaller contracts.

Battles over the waste contract were believed by many, including mayor Svoboda, to be one of the main reasons behind the break up of the former Prague coalition though that argument was countered by some of Svoboda’s fellow ODS councilors, who pointed out that the tender was fastidiously prepared.