Opencard, which the Prague mayor has threatened to cancel outright, has been plagued by cost overruns, allegations of corruption 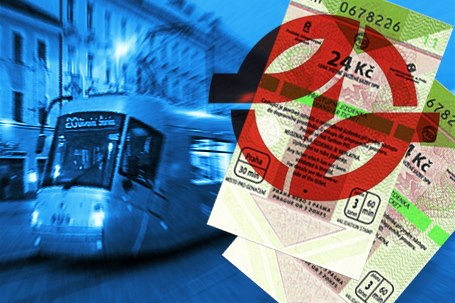 Prague City Council has decided to cancel a tender to supply cards for the controversial smart card scheme Opencard, now almost exclusively used as a public transport season ticket, due to an insufficient number of bidders.

Opencard also offers discounted access to cultural venues and can be used to make cashless payments for public parking and as a library card. The Czech capital will likely announce a new tender to find an alternative supplier of new chip cards to the nontransparent firm Haguess, but there has also been talk of scrapping the project altogether.

The Opencard project has been plagued by massive cost overruns since its inception and by allegations of corruption. After paying over Kč 800 million to introduce the Opencard system, early last year Prague City Hall cancelled its contract with Haguess, which received over Kč 417 million for its services.

Haguess is allegedly partly controlled by controversial ODS “godfather” and lobbyist Roman Janoušek, now at the center of a probe into cronyism and corruption during the term of the previous mayor, Pavel Bém (Civic Democrats, ODS), who is now an MP.

Under the city’s new mayor, Bohuslav Svoboda (ODS), Prague City Council placed one-off orders from another Monet+ and extended the validity of existing cards while it looks for a permanent supplier.

Among those submitting bids this round were Monet+, state-controlled postal services group Česká pošta and Wincor Nixdorf. Meanwhile, Svoboda has said Opencard may be cancelled as project managers and partners have failed to develop it so that residents may enjoy a broader range of services.

The Prague mayor has criticized the Opencard project as a whole, saying it was “not sufficiently well prepared” and that those responsible for it have consistently failed to keep their promises to the city.