Host to a major documentary event and a center for a new form of distribution, Prague has put itself on the map of documentary film 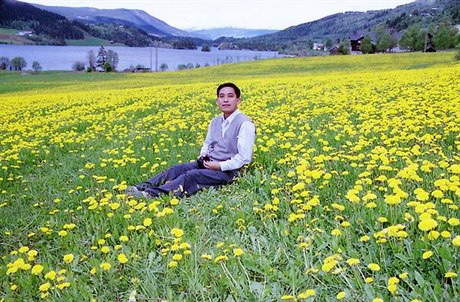 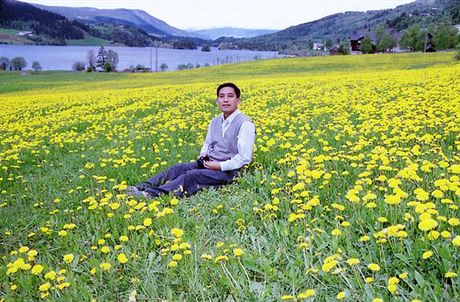 Documentary film is booming in The Czech Republic. The week of March 5 to 11 sees the arrival of the Institute of Documentary Film’s (IDF) East Doc Platform, in which the producers and directors of 16 selected projects come to Prague to discuss their work. Participants will also have the chance to pitch  and receive feedback on their documentary projects.

According to Hana Rezková of the IDF, the conditions for documentary filmmaking were not always so favorable here. On the contrary, all the countries in Central and Eastern Europe (CEE) faced similarly challenging conditions up to the year 2000 due to the lack of new film legislation and the need to adjust to the collapse of centralized film industries.

“National film funds had very limited resources and were generally unstable. Public broadcasters faced a period of wild transformation. That meant that the two major funding sources for documentary film were hampered or, in some cases, entirely absent,” Rezková told Czech Position.

Another area where CEE countries needed to catch up was the growth of independent producers, a phenomenon as typical in the West as it was absent in the communist world. This meant that there were a lot of experienced documentary makers without experienced producers to access funding and provide production support. International cooperation was also something new to Czech filmmakers at the time.

The formation of the IDF in 2001 was the first step in correcting this imbalance.

“[The IDF] was for a long time the only organization of its kind supporting Eastern European creative author-driven documentaries; the establishment of a whole new generation of strong independent producers who focused primarily on documentary film, as well as connecting the Eastern European documentary community with the rest of Europe and beyond,” Rezková said.

While other more local documentary organizations have been established in CEE over the past 10 years, the IDF remains the one umbrella organization for the region, and its continued growth made it necessary to move most of its events from its former home base of Jihlava to Prague.

While the East Doc Platform provides valuable knowledge to documentary filmmakers, it is the opportunity to pitch projects to TV professionals and other film industry figures that is likely valued most. Rezková says that East Doc has a particularly large turnout of television professionals from smaller countries like Finland, Austria, Belgium and the Netherlands.

German TV channels have also proven to be interested in CEE documentaries. Polish TV is becoming a growing force in showing documentaries as well. Rezková says that beyond Continental Europe channels that specialize in author-driven documentaries such as American Documentary | P.O.V., Al Jazeera and Channel 4 are always on the lookout “for compelling topics and innovative style and, most importantly, for films that are accessible to audiences outside Europe.”

She further points out that the TV industry’s search for documentaries is topic-driven, so the IDF makes a considerable effort to choose their guests for East Doc based on the topics of the films being showcased that particular year.

“It's a sort of matchmaking based on our experience with filmmakers and funders,” Rezková  said.

Another site of Prague’s documentary strength is Doc Alliance Films. The result of a creative partnership of six European film festivals from Denmark, Germany, France, Switzerland, Poland and the Czech Republic, the project’s online arm, dafilms.com, represents a highly innovative form of distribution by making documentaries available online (note - the site works much better with Internet Explorer than with Firefox).

The site already has over 600 films available for streaming and download in either AVI or higher-quality DVD format for reasonable prices (streaming €1.5, AVI €3, DVD €5) while continuously offering new films for free for a limited time period as well as a select group of films that remain free to access.

Recent highlights include the release of  the feature documentary Arnošt Lustig – Nine Lives as well as well as the documentaries nominated for the Czech Lion award (in Czech only). In celebration of the 60th anniversary of Queen Elizabeth II’s coronation the site offered a week of free access to some classic British documentaries, including early work by the Ostrava-born Karel Reisz who came to England as one of the Jewish- Czech children evacuated by Sir Nicholas Winton, and who went on to have a distinguished career in film.

The variety of the site is impressive. There are highly topical documentaries from the Middle East as well as work that is autobiographical and impressionistic. There is also a mix of work by classic and well-known documentarists as well as by emerging and student filmmakers. The catalog of films is updated regularly, with the six festivals collaborating on the addition of 20 films per month to the site. A high percentage of the films come with English subtitles.

Other highlights from the collection include a portrait of the late Czech President Václav Havel in Citizen Havel directed by Miroslav Janek and Pavel Koutecký, a Finnish documentary from World War II that shows access to the Nazi high command in Goring’s Baton and work by the Austrian documentary master Ulrich Seidl.