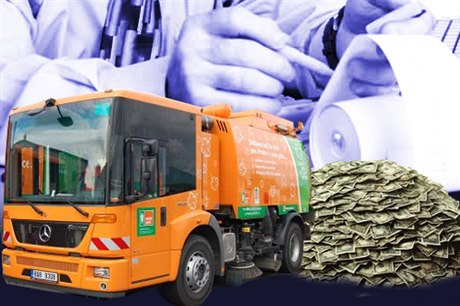 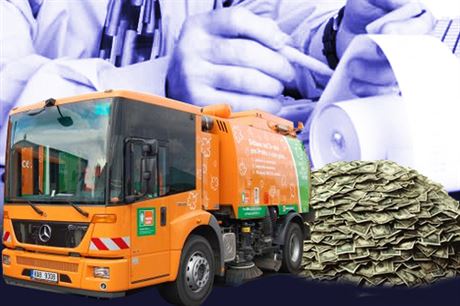 At present the Czech capital is assessing the value of the company based on analyses by expert firm chosen in a tender, deputy mayor Pavel Richter (TOP 09) told Czech Position last week. It will then begin negotiating with the owner of the minority stake, the financial group Natland.

Of the seven firms approached, four submitted assessments — Patria, PricewaterhouseCoopers, UniCredit CA IB and Znalecký a oceňovací ústav (ZOÚ) of Prostějov. The envelopes were opened on April 2, and the result should be known shortly.

In addition to looking to take full control of Pražský služby, the coalition government in City Hall is also eyeing a takeover of the gas company Pražská plynárenská, in which the German-owned energy group E.ON has a minority stake. “We have been promoting this ides since last autumn because we think that such a solution is correct,” Richter said earlier.

The City of Prague currently has a 76.92 percent stake in Pražský služby, which accounts for up to 80 percent of the Czech capital’s municipal waste collection and owns the major waste incinerator in the Malešice district. It has been highly profitable (netting a total of Kč 374 million from 2007 to 2010).

Natland in February sent Prague mayor Bohuslav Svoboda (ODS) a letter of intents to sell its 18.85 percent stake in Pražský služby. According to the news server Aktualne.cz, Svoboda is railing against Natland because of the alleged opaque nature of the company, which is based in Cyprus. At an extraordinary meeting in January removed its representative from Pražský služby’s supervisory board.

According to Czech Position’s sources, other potential investors got the same letter from Natland— but the chances of any group apart from the municipality looking to take it over are slim. Why? The ODS-TOP 09 coalition said it does not envision paying out dividends in the coming years, so there’s no chance of a short-term gain. And in times of financial crisis, no prospect of guaranteed dividends is even less attractive.

The minority stake now ostensibly held by Natland has changed hands numerous times over the past two years. The first time was in October 2010, when the financial group PPF (controlled by Czech billionaire Pet Kellner), which had held it for many years, sold the stake to the Cyprus-registered firm Soranus Limited.

Czech Position first began to dig into the ownership of Soranus in early June 2011, and then got on the trail of the shell company Nettrubino. Then, four days before Pražský služby’s general meeting that month, Natland issued a press release saying it had bought Soranus to get a stake in the municipal waste services company. Company spokesman Rostislav Starý declined to reveal who had bought it or for how much it had sold.