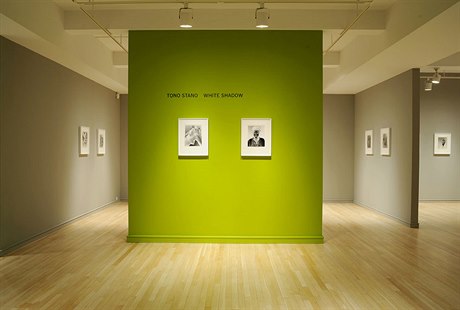 Tono Stano has his first one-man show in the US at the Pace/MacGill gallery foto: © PaceMacGill Gallery, New York, Česká pozice 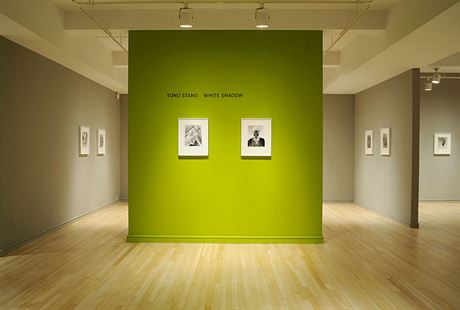 While Tono Stano has long had a high reputation in the Czech Republic, fame has eluded the Slovak-born photographer outside of Europe. A Midtown gallery in Manhattan’s East Side is trying fix that by giving him his first one-man show in the United States. Previously just a handful of his work had been exhibited in group shows in North America, and a few images are in the permanent collection of the Art Institute of Chicago.

The White Shadow exhibition came due to a tip from a friend of the gallery who has long been familiar with the work of Prague-based Stano. When Pace/MacGill gallery president Peter MacGill saw some pictures, he instantly knew it was something he had to show. “If we give you good pictures to look at we are doing our job,” MacGill said when he introduced Stano to a crowd of some three dozen art fans who came for a pre-reception walk though of 30 prints from the artist’s White Shadow series.

While the gallery owner was a bit reticent, the artist was eager to explain his work. His White Shadow series began in 1991 in Prague, his base ever since. “About 20 years ago I got a gift,” Stano said. He was allowed to chose a camera from the collection of late Czechoslovak photographer Josef Sudek. Stano selected a 24 x 30 cm large-format camera that was made in the 1870s. Sudek, who died in 1976, had wished that his equipment be passed on to talented photographers who would use it, rather than be left to languish in a museum collection. This generosity was typical of Sudek. “He was always helping other artists and lending money,” Stano said.

As with much art, a chance occurrence led to innovation. The old-fashioned camera required a large glass-plate negative that was no longer made. “I was eager to try out the camera, so I put light sensitive paper where the glass plate belonged,” he said. When he developed it, he was impressed with results — but it was a negative image.

To correct for that, Stano decided to manipulate his models by covering the light skin tones in dark body paint and dark areas in light paint. For the eyes he uses either reverse-contrast cutouts or he paints reversed images on the eyelids. Props such as cigarettes are also manipulated to reverse the contrast — black tubes with light gray filters. When these manipulated details are reversed on the light sensitive paper, they are almost returned to how they would normally look in a standard black-and-white photo. The only thing that isn’t easily reversed is the shadow, which comes out white, giving the show its name.

The pictures also have an otherworldly quality due to limited depth of field. Only a small area is in focus, with the rest rapidly falling off into a blur. This directs the viewers’ attention to a specific area of the image. The narrow depth of field is also dictated by his technique. “Photo paper is a lot less sensitive than a negative,” Stano said, adding that he often shoots using a bright strobe and the lens as wide open as it can be. The wide-open lens limits how much can be in focus.

His initial efforts were quite stark, but after a while one of his assistants had the idea to use darkroom filters in front of the lens. This allowed for a softer, and subtler image — but reduced the depth of field even more.

Stano likes the idea that each image in White Shadow is both the negative and the final result combined in one. “Negatives are always hidden,” he said, adding that normally they are just part of the process and not the goal. This also means that each image is one of a kind. Since there is no glass negative, it is not possible to print copies. So far, he has declined to shoot a copy negative from the originals so he can sell multiple prints. These copies would lose too much of the work’s ethereal quality.

This process also means there is no opportunity for darkroom or computer tricks to alter the image. While he heavily manipulates the model and the props to set up the scene he wants, he has to leave the camera image alone. The developed paper is the final result with no retouching. He calls this “pure photography.”

Stano checked to see if his approach was unique. “I like to imagine the range of photography. If I can find that someone else is doing it, then I can do something else,” he said, adding that he wanted to bring some new relationships to the field. Since 1991 he has made about 140 images with his White Shadow process. Of course, he does more conventional photography as well.

A typical photo session takes about five or six hours at the most. “I try to use the maximum concentration from my models,” he said. After six hours, the strain on the model starts to become visible. “It is also important to have a good model,” he said. “It is not possible to make a good picture if the model is not right.” He avoids narcissists. For something to be captured in the image, he says he needs someone with a giving nature. “They have to be open to cooperation.”

It is not easy work for the model. Many of his images are nudes or partial nudes. The models have to comfortable being covered in black-and-white body paint and holding difficult poses under bright lights with cardboard pasted over their eyes and teeth while various technical details are worked out from shot to shot. Some models posed pressed against glass to create a distorted effect.

“I usually use women. In my opinion, they are closer to God,” he said. “Women have the possibility to create life.” In the beginning he would see a possible model on the street and ask if they would like to pose for him. As his reputation grew, friends would approach him to recommend someone they thought was suitable.

Since the process is a bit tricky, his assistant develops the prints while the session is still underway. The camera has three cassettes that hold two negatives each. Once the images from the first cassette can be seen, any problems can be corrected for future shots. This instant approach makes his camera “sort of like a Polaroid,” he said. In a good session he can make up to 16 images.

He also lets the images speak for themselves. None of them have formal names beyond a catalog number. “I like very much that there are no subtitles,” he said. Even a self-portrait that he made in the process is labeled as “White Shadow 129.”

All of the 30 images in the show were shot with Sudek’s camera. Several smaller ones were made for a limited edition book, but Stano simply put the smaller paper in a large cardboard frame in the camera. Not all of the shots uses models. Aside from the self-portrait, there are two are still lifes with angular objects. As for the antique large-format camera, he also plans to pass it on to someone who can use it when the time comes. But that shouldn’t be any time soon, as the artist has just entered his ’50s.

Stano said he was very pleased to see his work displayed in New York, but he wasn’t scheduling many media events to coincide with his show. Instead, he wanted to spend his time exploring the City that Never Sleeps. A fellow professional photographer who was at the opening asked Stano if he would have some time to sit for a portrait. Stano declined. “Not this time,” he said. “But maybe next time. I will be back and then we can do it. I want to keep my time for myself on this visit.”