After long delay, talks to acquire a minority stake in the municipal waste firm Pražské služby worth some Kč 500 million now imminent 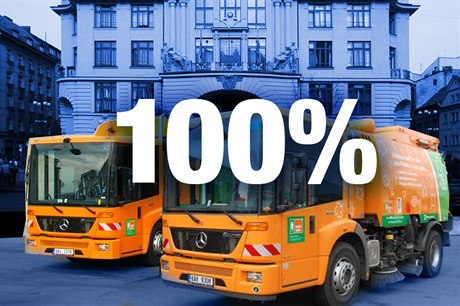 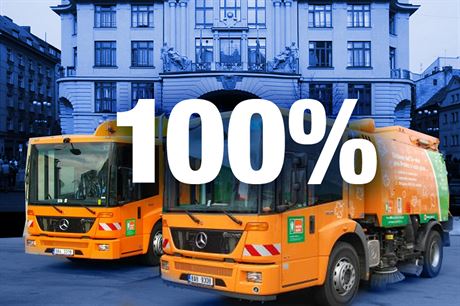 Prague City Council this week finally approved a resolution of intent to buy a minority stake in the murky municipal waste firm Pražské služby from the Cyprus-registered firm Soranus Limited. At the same time, Deputy Prague Mayor Pavel Richter (TOP 09) and Councilor Radek Lohynský (ODS) were charged with making it happen, with the latter to take the lead, according to a document obtained by Czech Position.

This step by the new Prague leadership of the Civic Democrats (ODS) and TOP 09 coalition means that more than half a year after Mayor Bohuslav Svoboda (ODS) signaled his intention to increase its stake in Pražské služby to nearly 100 percent, talks will finally be held with the owner of the 18.85 percent stake, valued by Patria last month at over Kč 500 million.

The City of Prague currently has a 76.92 percent stake in Pražský služby, which accounts for up to 80 percent of the Czech capital’s municipal waste collection and owns the major waste incinerator in the Malešice district. It has been highly profitable (netting a total of Kč 456 million from 2007 to 2011). Minus debt, its total value is estimated at Kč 5.2 billion.

Of interest is that whereas in the original resolution on the matter the minority shareholder was listed as the financial group Natland, in the final version it is Soranus Limited. It’s as though the Prague politicians don’t believe that the ultimate owner of the stake in the highly lucrative municipal waste management and disposal firm is Natland — itself an allegedly opaque firm based in Cyprus.

There has long been speculation in the media that Natland is holding the stake for the influential Prague lobbyists Roman Janoušek and Tomáš Hrdlička, which the two so-called “godfathers” have categorically denied.

Money is an object

“Prague has a clear interest in obtaining the largest possible stake in Pražský služby, but not at any price,” Richter told Czech Position. At the initial meeting, Natland owner Tomáš Raška will be present. “I sent the magistrate an official letter six months ago saying that we were interested is selling the stake,” he said. “Prague thus far had not asked for a meeting.” According to Czech Position’s sources, other potential investors got the same letter from Natland, which has held numerous discussions with them.

It remains unclear whether the Prague City Hall will meet with Natland or hire a professional advisory to do so. According to Czech Position’s sources in financial circles, although the councilors believe they can manage to strike a good deal on their own, if they do seek external help they will likely turn to Patria, which appraised the value of the 18.85 percent stake.

Meanwhile, Prague councilors on June 12 decided to hold a new tender for the collection of municipal waste, worth some Kč 7.34 billion minus VAT over six years. Until a winner is named, the city will evidently extend its contract with Pražské služby.

The minority stake now ostensibly held by Natland has changed hands numerous times over the past two years. The first time was in October 2010, when the financial group PPF (controlled by Czech billionaire Petr Kellner), which had held it for many years, sold the stake to the Cyprus-registered firm Soranus Limited.

Czech Position first began to dig into the ownership of Soranus in early June 2011, and then got on the trail of the shell company Nettrubino. Then, four days before Pražský služby’s general meeting that month, Natland issued a press release saying it had bought Soranus to get a stake in the municipal waste services company. Company spokesman Rostislav Starý declined to reveal who had bought it or for how much it had sold.