Jiří Paluska arranged for above-standard renovation – at the city’s expense — of attic flat in which his son lived, graft watchdog TI says 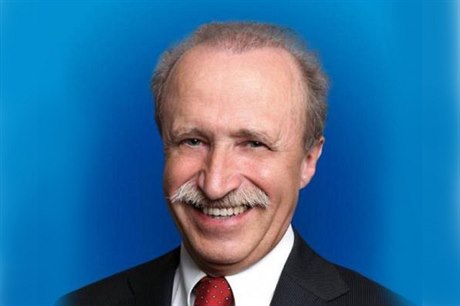 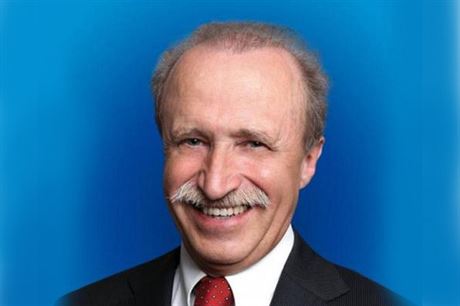 Prague 2 mayor Jiří Paluska announced his resignation on Wednesday following allegations that he had abused his power by indirectly profiting from a dubious rental arrangement and subsequent reconstruction tender held by the district council while he held office.

The Czech branch of watchdog group Transparency International (TI) had filed a complaint against Prague 2 in April claiming it had evidence that Paluska, a member of the center-right Civic Democrats (ODS), had arranged for the attic apartment in which his son lived to be done up at taxpayers’ expense. The police have now filed charges against the outgoing mayor in this regard.

According to TI, Paluska’s son had occupied part of a loft apartment in a city-owned building on Dittrichová Street that had officially been designated for basic reconstruction at taxpayers’ expense. The municipality paid for installing new doors, floor coverings and plasterboard ceilings, the complaint said.

“Tenants were to complete the apartments themselves and invest up to Kč 1.5 million. The rent would be calculated according to the level of investment,” Petr Leyer, the TI lawyer who handled the complaint, told Czech Position. “The loft apartment on Dittrichová had been earmarked for privatization, and was evidently inhabited by Mayor Paluska’s son. We had a postal receipt showing this. It was a notice for a pick up.” ‘I was charged, and such a person cannot function as head of a municipality.’

Although Paluska tendered his resignation on Wednesday, he denies any wrongdoing. “I was charged, and such a person cannot function as head of a municipality,” he said, as cited by the Czech news agency ČTK. Deputy Mayor of Prague 2 Václav Vondrášek (ODS) has now taken over Paluska’s post — but may himself have some explaining to do, regarding his daughter, who got a flat under similar circumstances.

Prague 2 is a central district of the Czech capital. It is comprised of Vyšehrad, and parts of the largely posh Vinohrady and Nové Město neighborhoods, as well as the more down-at-heels Nusle. Yet of all the ongoing construction works in the district, Paluska appears to have only taken an active interest in the planned reconstruction of the attic flat at 22 Dittrichová Street.

Among those who noticed Paluska’s alleged unusual interest in that particular project were Prague 2 opposition councilors Daniel Kůta and Dan Richter, both of the Citizens Movement for Contented Living (OSB) association — whose entire raison d'etre is to push for the continued privatization of municipal flats — and Audit Committee chairperson Marie Truhlářová (TOP 09).

A day ahead of a planned Dec. 1 tour of the building, Miroslava Kudlíková, the head of the municipality’s investment section, cancelled the event reputedly due to security concerns; according to a document obtained by Czech Position, it was in fact Paluska who made the decision. The flat later occupied by his son, however, was due to be rented already on Dec. 2.

Although councilors were denied access to the apartment, they obtained photos of it. “At first glance, it was clear that the state of the building and facilities, especially at 22 Dittrichová Street, did not quite correspond with the council’s resolutions,” Richter and Truhlářová said in a complaint. ‘This [above-standard reconstruction] was done without any contract with Prague 2 but at the expense of the municipality.’

“Flats must first be inspected during the initial construction stage, but we noticed that apartment No. 1 [the attic flat Paluska’s son lived in] at this address had been completely redone, including some fittings. This was done without any contract with Prague 2 but at the expense of the municipality,” it reads in part.

The opposition councilors’ complaint also describes the odd behavior of the district mayor when he learned an inspection was underway. “During a visit of the site, construction workers phoned Mayor Paluska … who rudely chastised [councilor] Kůta for exceeding his authority. Then, when Mr Richter, chairman of the finance committee, tried to explain that the procedure was in accord with the law, the mayor hung up the phone,” reads the complaint.

Not an isolated case

According to TI lawyer Petr Leyer, Paluska was not the only Prague 2 representative trying to get cheap city-owned renovated apartments for relatives. But at the moment the watchdog group does not have enough hard evidence to file criminal complaints.

“For tactical reasons, we will not provide any additional information [on the Paluska case] as the circle of accused persons is not yet closed,” police spokesperson Eva Kropáčová told the news server Aktuálně.cz. ‘I never voted on the property for my daughter, who got a flat on 26 Budečská Street.’

According to this publication’s information, among those who secured an attic flat was Václav Vondrášek — the acting mayor since Paluska’s resignation — whose daughter got a Vinohrady apartment from the city. He denies having had any role in it. “I never voted on the property for my daughter, who got a flat on 26 Budečská Street,” he told Czech Position, adding that the apartment was inspected and no above-standard work was uncovered.

According to Vondrášek, the sale of attic flats in Prague 2 was a good way to pay for the reconstruction of dilapidated city-owned apartment buildings without having to take out bank loans and repay interest. The outgoing mayor had spoken out against continued privatization of Prague 2-owned flats. “The economic transformation finished with Czech entry into the EU [in May 2004] and with it the privatization was also completed . ... Nowadays, it’s about standard sales or purchases of property.”