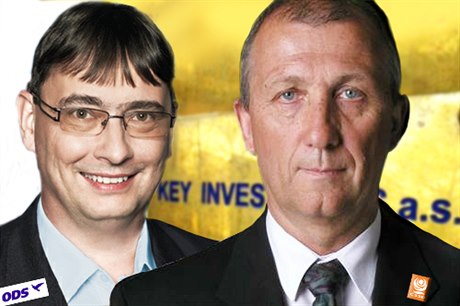 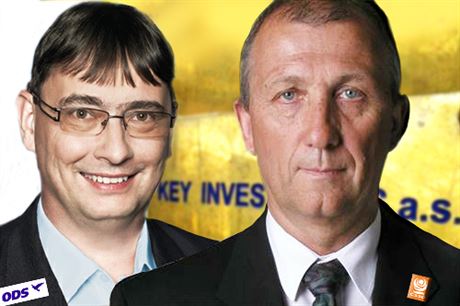 The Czech police’s anti-corruption and financial crimes unit ÚOKFK has been investigating criminal complaints relating to the opaque brokerage Key Investments — into which nearly Kč 1 billion of public funds has apparently been lost or embezzled — for more than a year and a half. Finally, some politicians who had a hand in putting taxpayers’ money with the brokerage have been held to account.

Several years ago, Key Investments got involved in dealing in private obligations issued by firms with which the brokerage had links, including E Side Property and the Via Chem Group. The brokerage then proceeded to buy these high-risk junk bonds on behalf of Prague 6, 10 and 13 (all ODS-controlled) and other municipal and district administrations.

The fallout thus far has been restricted to the district of Prague 10, which entrusted Kč 200 million with Key Investments in 2009 and has yet to recover any of it. Stepping down over the scandal are Vladislav Lipovský (Civic Democrats, ODS), the deputy mayor for social affairs who was district’s mayor at the time the investment was made, and Antonín “Tony” Weinert (Social Democrats, ČSSD), a councilor who then his deputy mayor.

Apart from accepting their resignations, the Prague 10 City Council also approved a measure to file additional criminal complaints regarding suspected fraud around Key Investments. Lipovský said in his resignation letter: “Even though in the entire case there were no irregularities in my professional, legal or personal conduct, in spite of common Czech practice, I decided not to continue until the end of my term in the Prague 10 City Council.”

Apart from Prague 10, the Prague 6 district also still has hundreds of millions of taxpayers’ money tied up in non-tradable, high-risk bonds with Via Chem Group and E Side Property, thanks to the dodgy brokerage, which is also being investigated by the Czech National Bank (ČNB). Although Lipovský signed the contract with Key Investments, it was Weinert who laid the groundwork (and as Czech Position previously reported, Kč 586 million in total investments were on the table, though not all realized).

The ČSSD has not made the contents of the Weinert’s resignation letter public. Other implicated in the affair — a flagrant example of conflict of interest in Prague 10’s case, as lawyers and experts it contracted had ties to Key Investments — are all known to those who follow Czech politics closely:

In the spring of 2010, Prague 10 considered purchasing a one-third stake in E Side Property (which includes the football stadium Eden, home pitch to the famous club Slavia) at the time owned by Key Investments frontman Vladimir Kroužecký. That summer the district council decided against taking the 34 percent stake apparently over concerns that the ownership structure was not transparent. The approaching municipal elections may also have played a factor, as councilors wished to appear thrifty.

However, in the autumn of 2010, when Key Investments’ owners were already running short of cash, Prague 10 decided to entrust another Kč 300 million with the brokerage, according to documents obtained by Czech Position. The proposal was presented on September 29 by then deputy mayor Weinert.

The official reason was — in light of what has since come to light in the case— truly remarkable: Prague 10 should invest the Kč 300 million with Key Investments so as “to diversify into the risk-free financial sphere.” The Prague 10 City Council then presented a contract on October 1 to Lipovský to sign; the district has yet to respond to Czech Position’s questions as to why it was not realized.