Prague 10 contracts three assessments of its non-liquid bonds bought by Key Investments brokerage, which has since lost its license 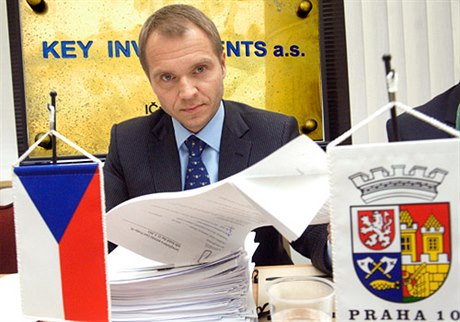 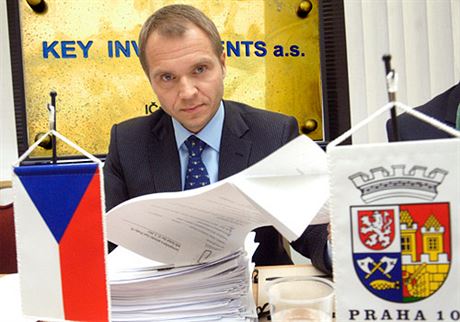 After eight months of hesitation, the administration of Prague 10, which in 2009 entrusted Kč 200 million of taxpayers’ money to the controversial brokerage Key Investments, has commissioned three independent analysts to make an appraisal of the non-liquid bonds in the firms Via Chem Group and E Side Property.

After returning from holidaying at the villa on Corfu of Marek Dospiva — the co-owner of Penta Investments, one of the largest Czech investment firms — together with probably the most influential Czech lobbyists, Tomáš Hrdlička and Roman Janoušek, Prague 10 Mayor Milan Richter (Civic Democrats, ODS) moved to take action regarding the dubious bonds purchased by Key Investments.

According to a document obtained by Czech Position, on August 30, the Prague 10 Council approved a motion to commission three analyses of the administration’s bond portfolio with the following entities and persons:

Grant Thornton Valuations is the Czech branch of the world’s seventh-largest auditing and consulting firm. Until early this month, when it officially became part of the Grant Thornton global network, the firm operated under the name Facility, which was founded nine years ago by former Komerční banka manager David Pirner.

Josef Luňák is a well-known legal expert. He received considerable media coverage in 2001 when he produced an assessment of the Diag Human case for the Czech Ministry of Health.

Concerns that the Prague 10 administration would call upon the “super guru” of all Czech legal experts, Otto Šmída, to assess the portfolio did not materialize. Last year, Šmída produced an appraisal of E Side Properties for Prague in which he grossly overvalued the company.

At the time, Prague was considering purchasing a 34 percent stake in the company, which is the official owner of the new stadium of the Slavia Prague football team, but eventually backed out of the acquisition.

After nearly half a year of foot-dragging, Prague Mayor Bohuslav Svoboda (Civic Democrats, ODS) finally decided in July to launch an internal investigation as to how the councils of the Prague 6, 10 and 13 districts have been investing public money through the brokerage Key Investments and seek to implement better control mechanisms.

Svoboda was compelled to act because these districts’ town halls had entrusted some Kč 1 billion with the dubious brokerage — which is under investigation by the Czech National Bank (ČNB) and, due to media coverage, a political embarrassment for the party (all three district mayors are ODS members).

All previous articles on the Key Investments case are archived here