PPF, CPI and intrigue at the Supreme Audit Office

Quest for state-owned building fit to house the NKÚ has yet to bear fruit; will it pay Kč 1.1 billion for the Tokovo despite MPs’ concerns? 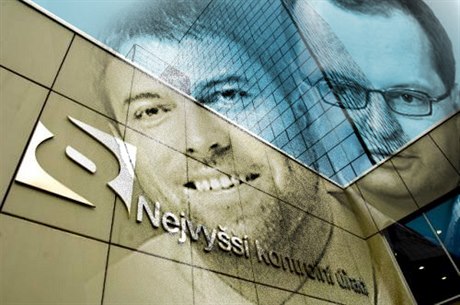 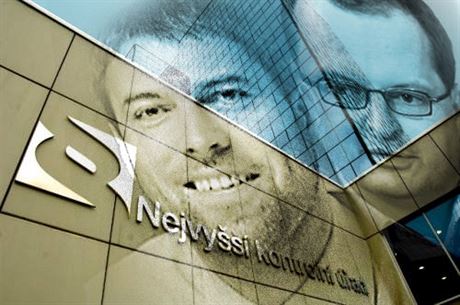 The agreement between the Czech private equity group PPF, controlled by billionaire Petr Kellner, and developer CPI about the sale of seven of the real estate group’s companies may well influence negotiations over where the Supreme Audit Office (NKÚ) will be headquartered. In late May, the Czech anti-monopoly office (ÚOHS) approved proprietary changes in seven subsidiaries of PPF; they are now owned by CPI, which is controlled by entrepreneur Radovan Vítek.

According to a Czech Position source, the transaction was part of a larger agreement that Vítek — the most active investor in the domestic real estate market today — concluded with PPF with regard to the troubled national lottery provider Sazka. Among the companies that CPI has bought from PPF is Office Star Three, which has in its portfolio the Tokovo building in Prague’s Holešovice district that has been seat of the NKÚ since 2006.

The original contract between the NKÚ and PPF was due to expire in March 2012; however, the NKÚ President František Dohnal in late January 2010 extended it by a year and a half, meaning the NKÚ will stay put until September 2013. PPF offered Dohnal even longer rental contracts — for three and a half years or even six years. As Czech Position reported in January, PPF is also considering selling the Tokovo building.

The reason purportedly was that Kellner’s group was losing patience with the controversy around the NKÚ headquarters. “We will not comment about the details of ongoing negotiations and in principle do not react to information or speculation on the market,” PPF spokesman Alexej Bechtin said in January.

PPF was no more forthcoming now, when asked by Czech Position whether the Tokovo building is part of its current business with CPI or whether PPF will negotiate with the NKÚ about the sale of the building. “Until the transaction with CPI is settled (the decision of the ÚOHS is not yet in force), we will not comment on it. Likewise, in principle we do not comment on any negotiations that have yet to produce an outcome,” Bechtin said. CPI spokeswoman Michaela Winklerová said the developer could settle its business with PPF in a matter of weeks but also declined to comment on the Tokovo building. From Office Star Three’s 2009 annual report it is clear that the book value of the Tokovo building, including land, is Kč 1.1 billion.

The question is whether it makes any sense for NKÚ to even consider a billion-crown transaction, assuming that PPF or CPI do not offer a significant discount on the Tokovo building. Even before the extension of the rental contract with PPF, the Supreme Audit Office had set aside analysis of variations how to optimally resolve the question of securing office space.

According to work done by the international real estate consultancy Knight Frank, building a new NKÚ headquarters would cost Kč 810 million — nearly 25 percent less than the valuation of the Tokovo building — and many MPs on the parliamentary audit commission find this amount to be extravagant.

Looking to the state

Following the expiration of the Tokovo building lease, the NKÚ could also look to move into state-owned office space. “The government dislocation commission has submitted a request to obtain office space,” Jakub Stadler from the Government Office press department said, adding that the commission has appealed to its members to cooperate in the search. “The request remains active, but, unfortunately, at the moment there is no building available.”

Previously, NKÚ spokesman Jaroslav Broža told Czech Position that the staff of the audit office had frequently visited the site of an old army barracks in Karlín, which it hopes to take over from the Ministry of Defense. “The building has sufficient capacity, but requires intensive investment and time-consuming reconstruction,” he said, adding that it would be irresponsible to draw any conclusions about its suitability without first doing a thorough analysis of the site. It appears the question of NKÚ headquarters will not be settled anytime soon.