Poll: Stay out of Libya 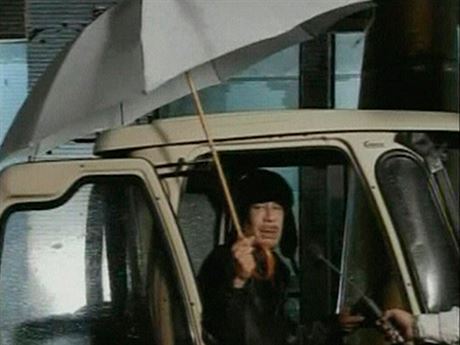 While most Czechs are closely following events in Libya, they also say the Czech Republic should not actively participate in military action there. Czechs are wary of becoming involved in a new conflict after lending help in Iraq and Afghanistan, according to a Center for Analysis and Empirical Studies (SANEP) poll.

A popular uprising began against Gaddafi on Feb. 17, 2011. The protests rapidly grew in size, but were met with a violent repsonse from the government. In an effort to stop further military attacks against the civilian population, a no-fly was established by the UN Security Council on March 17, 2011.

More than two-fifths of Czech poll respondents said the events in Libya were serious enough to justify allies to lead coordinated military action against Colonel Gaddafi under the UN Security Council resolution 1973. Just 43.7 percent agreed the situation was that serious, but that was slightly more than the 34.4 percent who disagreed. A substantial number, 21.9 percent, did not have an opinion on this key question.

A hair short of a majority — 49.7 percent — agrees with the adoption of UN Security council Resolution 1973. The resolution, adopted on March 17, authorized “all necessary measures” to protect civilian lives in Libya from the Gaddafi’s forces. Some 29.5 percent disagree with the resolution having been adopted. “The concurring opinion is most likely to be affected by allied assurances that the priority is to protect civilians and not to overthrow Muammar Gaddafi,” SANEP said in its report.

But a clear majority does not want the Czech Republic to support the allied operation called Odyssey Dawn, which implements the no-fly zone. The operation began March 19 with coordinated cruise missile and fighter attacks. Some 39.9 percent said “no” and 14.1 percent “rather no” — totaling 53.9 percent — when asked if the Czech Republic should be involved. Less than a third of Czechs — 31.4 percent — want to see the country support the operation.

The poll was conducted March 24–29, 2011, with 10,691 respondents between the ages of 18 and 69 years of age and corrected for sociodemographic distribution. The margin of error is 1.5 percent, according to SANEP.