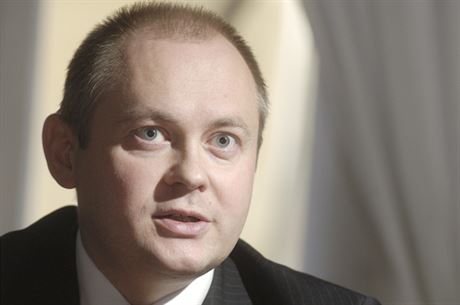 The Social Democrats (ČSSD) should appoint South Moravian Governor Michal Hašek as the new head of the party at its March congress, according to respondents to a poll by the Center for Analysis and Empirical Studies (SANEP).

Hašek —  who is also an MP and chairman of the ČSSD caucus in the lower house of Parliament — was favored by 29.2 percent of the general public (regardless of party preference) and edged out Bohuslav Sobotka, the current acting party head, who had 22.3 percent. Just shy of one-quarter of respondents didn’t care, while one-tenth didn’t know and 13.5 percent wanted someone else.

While not a household name, Hašek has been in the public eye for his role in the controversy surrounding where celebrated artist Alfons Mucha’s Slav epic should be displayed. He also called for the State Security Council to intervene in the crisis brought on by the “Thank you, we’re leaving” campaign that saw doctors resign en masse (but was seemingly resolved on Wednesday).

When just people who vote for the ČSSD are asked, though, there is much less apathy and uncertainty: Sobotka wins a clear majority with 58.5 percent,while Hašek trails with 22 percent. Those who didn’t care or didn’t know dropped to 7.3 percent each and only 4.9 percent wanted someone else.

“The popularity among ČSSD voters of the incumbent [acting] chairman Bohuslav Sobotka, among other things can also be attributed to a certain extent to ČSSD conservative voters for whom Sobotka provides some guarantee for the continuation of existing left-wing positions,” SANEP said in its report.

“While the general public better regards constructive and liberal-minded Michal Hašek as a candidate for chairman, ČSSD voters prefer the social policies advocated by Bohuslav Sobotka,” SANEP pointed out, adding that Sobotka managed to revive voter interest in the party after the departure of controversial leader Jiří Paroubek in May 2010 after the party did worse than expected in the general elections.

Conversely, 48.7 percent of the general public said the ČSSD was not trustworthy while just 19.5 percent of ČSSD voters held that opinion.