Poll: Only one in five support adopting euro

The euro — and the European Union in general — did not win much praise from Czechs in a new poll, but Iceland is welcome to join 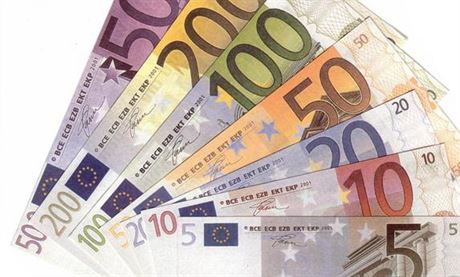 Czech enthusiasm for adopting the euro has diminished since the onset of the crisis | foto: archiv, Česká pozice

Most Czechs are against adopting the euro and don’t consider the European Union to be credible or effective. Lending money to indebted EU countries and extending EU membership to Turkey are also unpopular notions, according to a new poll by the Center for Analysis and Empirical Studies (SANEP), which shows eveidence of buyer’s remorse on the issue of EU membership.

When asked if the Czech Republic should work toward adopting the euro as its unit of currency, some 59.2 percent of Czech said “no” and an additional 14.5 percent said “rather no” (totaling 73.7 percent). Support for the euro was just 19.9 percent, or fewer than one in five people.

These results are close to those of a poll released Jan. 31, 2011, by the STEM agency, which found 22 percent in favor of adopting the euro and 78 opposed — with 43 percent being strongly opposed. A STEM poll in November 2006 had found 47 percent of Czechs supported euro adoption.

The Czech Republic is bound to eventually accept the euro as its currency under its agreement to join the EU although no date has been set. Prime Minister Petr Nečas (Civic Democrats, ODS) has said his Cabinet, which should be in office to 2014, won’t make any decisions about the euro. If that holds true, the earliest adoption date would be 2017. Slovakia, Slovenia, Cyprus, Malta and Estonia — which, like the Czech Republic, joined the EU in May 2004 — have already adopted the euro.

If the Czech Republic had the euro as its currency, the poll shows that Czechs would still be highly opposed to providing financial aid to fellow eurozone countries that had gotten themselves into financial trouble, such as is currently the case with Greece and Ireland. Some 53.5 percent are strongly opposed and another 19.3 percent rather opposed to such help, according to SANEP. In total, just 16.8 percent would favor helping indebted eurozone countries.

As for joining the EU itself, it is unlikely the Czech Republic would now do so. If a referendum on EU entry were held now, just 42 percent of respondents would favor entry, while 44.6 percent would oppose it. That is a big shift from the results of the actual EU referendum held June 7–8, 2003, where 77.3 percent were for entry and only 22.7 percent opposed it. When asked if their opinions toward the EU have changed over time, though, 62.4 percent of respondents said that they have not, while 31.8 percent said they had.

“More than half of the respondents, 57.9 percent, perceive EU institutions, which transcend the laws of the member states, as ineffective and untrustworthy,” SANEP said in its report. Less than a third, some 32.5 percent, said they trusted the EU.

Skepticism toward the EU grew even stronger when people were asked if they want to see the 27-member organization move more in the direction of a federation of states. Some 60.6 percent did not want the see the EU acquire stronger federal powers, while 23.5 did.

Czechs also oppose granting full member status to Turkey, which applied for membership in 1987. It was recognized as a candidate for full membership Dec. 12, 1999. Altogether, 61.6 percent oppose membership and 17.7 approve it. “Critics of the possible entry of Turkey into EU structures refer mainly to the significant cultural diversity and security aspects,” SANEP said.

Iceland’s candidacy was seen more favorably. “Conversely, the entry of Iceland — which like Turkey is also among countries with candidate status — has no problem, with support from 66.1 percent of respondents,” SANEP said. Just 16.4 percent opposed it. Iceland applied to join the EU July 16, 2009. Since 1970 Iceland has been a member of the European Free Trade Association (EFTA) and concluded free trade agreements with the European Communities in 1972.