The earthquake in Japan has shaken Czechs’ support for nuclear power, but most still favor it as a means of energy independence 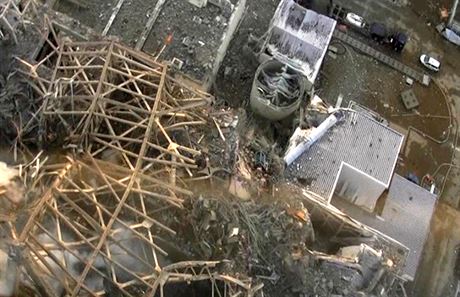 Despite the threat of a nuclear meltdown in Japan, most Czechs support nuclear power and believe the domestic plants are safe | foto: © Reuters, Česká pozice

Despite the nuclear incident in Japan, a majority of Czechs support increased reliance on nuclear energy — but would want to see a security review of domestic plants and say they lack information on what to do if there were a nuclear crisis — according to a poll by the Center for Analysis and Empirical Studies (SANEP).

“The accident at the Japanese nuclear Fukushima, triggered by strong earthquake and tsunami, unleashed a global debate, and sometimes even hysteria regarding the use of atomic energy. However … the majority of Czechs have no fears of nuclear energy and consider domestic nuclear power plants at Temelín and Dukovany safe. Most of the population also continues to support the government’s long-term energy plan, which supports ecologically clean energy production and allows for the development of nuclear power plants,” SANEP said in its report.

A Eurobarometer poll from June 2008 asking whether people supported nuclear power showed 64 percent of Czechs did, tying them with Lithuania for the strongest support level in the EU-27. “Japan’s nuclear crisis still shook a long-time confidence of the majority of the Czech public in the safety of nuclear energy,” SANEP said.

Confidence is the Czech Republic’s specific nuclear reactors remained high. More than two-thirds consider the Dukovany nuclear plant in the Vysočina region (launched in the mid-1980s) and the Temelín plant in South Bohemia (launched in 2002–03) to be safe. Just 14.5 percent said they not safe —with 6.9 percent feeling strongly about it.

Another significant majority — 60.3 percent — agreed with the government’s energy policy allowing the development of nuclear power as part of a clean energy program. Less than a third, 28.1 percent, disagreed with the government’s long-term plan. Currently, the Czech government and state-owned energy giant ČEZ are in the process of launching a tender for two new reactor units at the Temelín plant. The tender is work a reported $28 billion, and the reactors are to be finished by 2025.

Slightly fewer people — 55 percent — thought that nuclear energy should be the main focus of the Czech Republic’s efforts to increase energy security and independence. Slightly over one quarter — 26.7 percent — disagreed.

The positive level of support does not mean that Czechs are complacent about nuclear power. Some 58.8 percent would like to see a safety review of nuclear plants, similar to the one that is happening in Germany. Surprisingly, 34 percent are not in favor of a review. Efforts are under way to develop an EU-wide set of criteria for reviewing plants.

“Concerning the safety of domestic nuclear power plants, Prime Minister Petr Nečas and many experts have expressed positive opinions in the media, and the chairperson of the State Office for Nuclear Safety (SÚJB) Dana Drábová, among others have stated that the domestic nuclear power plants would not experience problems similar to those in Japan's Fukushima plant in the event of an earthquake,” SANEP said. Just over two-thirds — 67.6 percent of respondents — said they trust Drábová’s opinion that the Czech Republic nuclear safety won’t be compromised.

The SANEP poll was conducted over the Internet between March 16 and 19, with 6,564 respondents between the ages of 18 and 69. The margin of error was 1.5 percent.