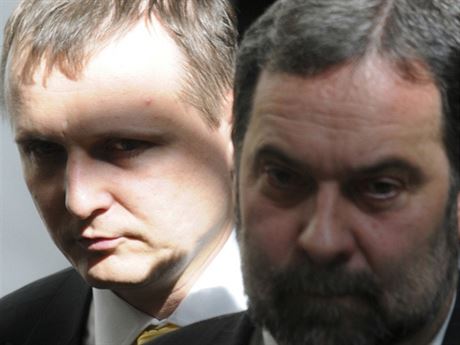 Most people would like to see the current government collapse, followed by new elections, a public opinion poll conducted April 14–15 by the Center for Analysis and Empirical Studies (SANEP) shows. Fewer than one in 10 support the idea of a Civic Democrat (ODS)–TOP 09 minority government.

Some 51.3 percent overall favor new elections as the best way to move forward and resolve the government crisis, but supporters for the parties in the current center-right coalition split drastically. The strongest support — 52.2 percent — came from junior coalitoin member Public Affairs (VV) supporters, while 20.6 percent of junior coalition member TOP 09 voters and 6.1 percent of coalition leader ODS voters thought this was the best solution. The poll did not give a breakdown of opposition party supporters.

“VV voters hold the same opinion as the majority of the population. A demise of the government and early elections is seen as the best solution to the government crisis,” SANEP said in its report.

The least popular option was to have a minority government of the ODS and TOP 09 with support from the main opposition center-left Social Democrats (ČSSD).

While it was not seen as the best option, some 54.6 percent of respondents did say that it would be “helpful” for the government if the six ministers left. A coalition government without the six ministers, however, would have the trust of less than one in three respondents. Some 12.2 percent said “yes” and an additional 19.9 percent said “rather yes” to this question — totaling 31.1 percent. Together, 49 percent would not have trust in the government.

The level of confidence in a government without the six embattled ministers varied greatly among party lines. “Surprisingly,  a government without the [six] ministers would have trust from 61.4 percent of ODS voters. Likewise … 44.1 of TOP 09 voters agreed as did 48.1 percent of voters for Public Affairs,” SANEP said. The poll did not rank the level of support among opposition party supporters.