An overwhelming majority of Czechs see ice hockey as the national sport, but not even all fans are watching the current championships 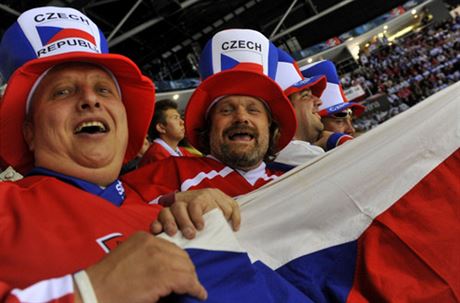 Four out of five Czechs consider ice hockey to be the national sport, a poll by the Center for Analysis and Empirical Studies (SANEP) shows. The Czech team is currently competing in the 2011 IIHF World Championships in Slovakia, defending its gold-medal victory in from the previous year in Germany.

“You can say that ice hockey got its loyal supporters and fans through both the current and historical achievements of Czech hockey players, and thanks to icons such as the world leader Jaromír Jágr,” SANEP said in its report. “The global success of Czech hockey players, not only overseas but also on local teams, and the good reputation of our country certainly also play positive roles in the nationwide perception of hockey as the number one national sport.”

Not all of the 81 percent who consider the game to be the “national sport” actually follow it closely. Only 65.1 percent of respondents claim to be fans, and only 38 percent were definite about it — 27.1 percent gave a wimpy “rather yes” answer to the question. Not all fans will be watching the April 29–May 15 world championships, though — just 58.7 percent said they would.

The slightest of majorities — 50.2 percent — said that the Czech team could win again this year, defending their medal, but just over 30 percent felt strongly about it. The independent Czech Republic has won gold six times since Czechoslovakia split in 1993, as well as silver once and bronze three times. Czechoslovakia won six times, the first being in 1947.

People were less familiar with the exact composition of the team though. More than a third — 34.7 percent — did not know if they agreed with the nomination of players by coach Alois Hadamczik, but only 9.1 percent disagreed. The team includes hockey legend Jaromír Jágr (Avangard Omsk) as well as Roman Červenka (Avangard Omsk), Michael Frolík (Chicago Blackhawks), Tomáš Plekanec (Montreal Canadiens) and Petr Průcha (SKA St. Petersburg).

“Don’t know” at 42.1 percent was also the most popular answer for whether Alois Hadamczik should be the coach of the national team, but 40.3 percent said either “yes or “rather yes.”

Despite a majority saying “yes” or “rather yes” when asked if the Czechs would win, when respondents were given a list of countries and asked to definitely pick the winner, just some 33.9 percent picked the Czech team to be this year’s world champion. That is a notch higher than the 30.4 percent that said “yes” but shows that most of those who said “rather yes” didn't feel so strongly about it and probably ultimately put themselves in the “don’t know” camp. Some 18.9 percent picked Canada and4.8 percent chose Russia.

The poll took place May 1–4, 2011, with 6,391 respondents between the ages of 18 and 69 and results were corrected for demographics. The margin of error was 1.5 percent, according to SANEP.