The Cabinet shuffle did little to restore confindence in the gov’t, and most respondents have little hope the coalition will last its full term 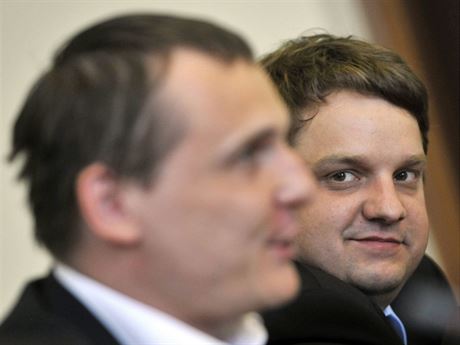 The recent Cabinet shuffle has done little to restore the public’s confidence in ther center-right coalition government of the Civic Democrats (ODS), TOP 09 and Public Affairs (VV) — and the vast majority of respondents think a new crisis might not be far off, according to a poll by the Center for Analysis and Empirical Studies (SANEP).

“[The poll] further points to the fact that the majority of the public does not think the government crisis had ended … and still supports the view that the only possible solution to the current political situation is to hold early elections,” SANEP said in its report.

Some 66.7 percent of respondents said that the changing the ministers of interior and transportation did not end the crisis, while less than a quarter felt it did. Similarly, 78.1 percent said they don’t have confidence in the current government led by Prime Minister Petr Nečas (ODS) while just over one in five expressed trust. Numbers are even more polarized for those who expect another crisis to hit the government — 86.9 percent expect another, and just 2.7 percent don’t.

“The historic low confidence in the current government clearly reflects the feelings of the public in connection with the series of cases that accompany the government’s lingering crisis,” SANEP said.

In this regard, a majority of 55.5 percent would still like to see early elections to resolve the political situation, despite the Cabinet reshuffle. Just over one third — 34.9 percent — disagree with holding new elections.

When given a list of choices for how Prime Minister Nečas could best regain the trust of the people, the most popular answer — given by 31.7 percent — was for the whole government to resign. A further 18.8 percent want there to be a clear separation of the business and political spheres and a strict judgment of ministers accused of violating the principle.

The dismissal of Defense Minister Alexandr Vondra (ODS), Finance Minister Miroslav Kalousek (TOP 09) along with other ministers implicated in current scandals was favored by 10.8 percent — although this rises when it is added to people that want to get rid of just Vondra (1.9 percent), just Kalousek (3.5 percent), or both of them but no others (4.8 percent). Curiously, just 9.9 percent said that the best way to restore confidence would be if the government started to deliver on its campaign promises.

“It can be said that the overall public discontent with the situation in the Cabinet, which reaches alarming proportions, is both based on information indicating the penetration of private spheres of influence into top politics and the attitudes of some government officials to cases in which they figure,” SANEP said. ‘It is interesting that the least confidence from among the coalition parties is enjoyed by the ODS.’

Discontent with the parties in the center-right coalition could also be seen when respondents were asked which party they most trusted. “None” was the answer given by 57.2 percent. The converse answer, “all,” was given by 0.1 percent — or one in a thousand people. TOP 09 was favored by 12.1 percent, while VV had 11.9 percent and the ODS had 9.9 percent.

“It is interesting that the least confidence from among the coalition parties is enjoyed by the ODS. From the results of the survey it is apparent that the … coalition government is faced with a loss of trust and finds itself at the very bottom. The question is whether the lost confidence can be regained from the public,” SANEP said.

The survey took place April 21–26, 2011, with 12,639 respondents between the ages of 18 and 69. The margin of error was 1.5 percent. President Václav Klaus agreed to the Cabinet reshuffle meant to end the crisis and formally appointed new transport and interior ministers on the morning of April 21.

A separate poll by the Public Opinion Research Center (CVVM)  also showed that confidence in the government was low — although the poll was conducted April 4–11, 2011, before the Cabinet changes. Just 21 percent of respondents expressed confidence, down from 72 percent a year ago when the caretaker government of Jan Fischer was in power. Confidence in the Petr Nečas’ government, which took office in June 2010, peaked at 42 percent in September 2010 but had already sunk to 29 percent in March 2011.

Confidence in the president also sank from 74 percent a year ago to 68 percent in the most recent poll. Trust in the Chamber of Deputies, which reached 30 percent in September 2010, fell to 18 percent, while the Senate was at 25 percent, close to its 12-month high of 26 percent.

Just 7 percent of respondents said they were content with the political situation; 72 percent were not content, which is the highest level since 2006 when that poll question was first asked.

The poll had 979 respondents above the age of 15 who answered questions from a standardized questionnaire.