Most Czechs have negative attitudes toward foreigners in the work force and say they should fully assimilate, according to recent polls 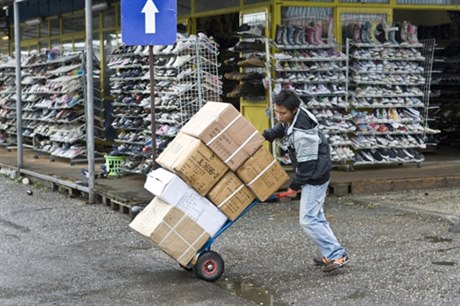 Only 43 percent of Czechs say that foreigners are needed in some areas of labor; most poll respondents say foreigners take jobs from Czechs foto: © ISIFA, Česká pozice 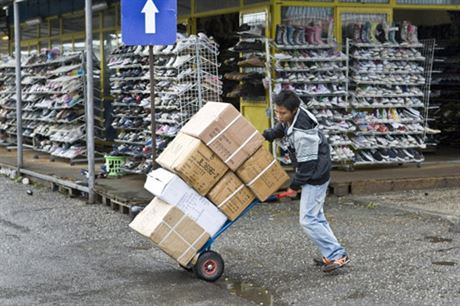 A majority of Czechs see substantial drawbacks to having foreigners living in the country, according to polling agency STEM.

Some 70 percent of respondents agreed either strongly or moderately that foreigners deprived Czech people of jobs, while just 4 percent strongly disagreed with that statement. Respondents were more evenly split on whether foreigners are needed at all in the work force, but still not favorable. A minority of 43 percent said that some types of labor could not be done without the help of foreigners; 57 percent said foreigners were not needed to fill gaps in some sectors.

Overall, 31 percent of respondents strongly agreed and a further 44 percent moderately agreed with the statement that there were too many foreigners in the country. This totals 75 percent, substantially higher than the 50 percent result for “too many” recently found in a poll by the Public Opinion Research Center (CVVM), which allowed respondents to choose between “too many,” “reasonable amount” or “too few.”

“Opinions on employing foreigners in [the Czech Republic] have remained unchanged since 2009,” STEM said in press release, adding that there was a significant rise in unemployment due to the economic crisis at that time.

The same poll also found that 61 percent of Czech respondents said that foreign residents living long-term in the country pose a big security risk. A 56 percent majority disagreed with the idea that everyone living in the Czech Republic should eventually be able to get Czech citizenship.

“The question of whether the Czech public is prejudiced or biased toward foreigners living in the Republic divided respondents almost equally into two major camps, with 53 percent saying ‘yes’, and 47 percent saying ‘no,’” STEM said.

“University-educated people, people with good living standards and people from the youngest age group were significantly more likely … to say that foreigners should only partially adapt to [Czech] habits,” CVVM analyst Gabriela Šamanová said in the report. Attitudes have been fairly steady since the question was first asked in 2003, when 56 percent said foreigners should try to fully assimilate.

The most important thing a foreigner can do in terms of assimilation is learn to speak Czech, which was cited by 94 percent as either “very important” or “rather important.” Working in the country was named by 83 percent while 61 percent called for familiarity with Czech history and culture. Other factors cited by a majority of Czechs as important signs of assimilation are achieving citizenship, living in the country for at least 10 years and participating in community life.

The poll took place March 7–14 with 1,306 respondents above the age of 15 who answered a standardized questionnaire.

The recently released Migrant Integration Policy Index (MIPEX) placed the Czech Republic 19th out of 31 surveyed countries in Europe and North America. The country had 46 points out of 100; Sweden led with 83 points, and Latvia was last with 31. The index — which is compiled by the British Council in association with think tanks, universities and nongovernmental organizations — measures integration policies based on 148 indicators.

The index pointed out that the Czech Republic is behind other new countries of in dual nationality and birthright citizenship, and that equality policies are still weak. The country was also the last to transpose EU anti-discrimination directives and did poorly in allowing foreigners to participate in political life, tying with Poland for to last place; only Romania did worse. The index stated that “reciprocal” voting rights were ineffective and political liberties were still limited.

The passing af a 2009 Anti-Discrimination Law helped the country to improve its standing by four points, though. “These EU minimum standards improve access to justice for many victims, regardless of nationality or background, and help all residents fully participate in society,” the index said. When survey results were previously released in 2008, the country tied for  17th place out of 28 countries.

The Czech Republic, which has an overall population of 10.5 million, had 425,167 foreigners legally staying either permanently or temporarily as of the end of March, according to the Ministry of Interior. Ukrainians, Vietnamese and Slovaks were the top three nationalities. The number of foreigners has been dropping since the onset of the economic crisis. There are 5,000 fewer that last year and 18,000 fewer than two years ago.