Poll: Current Czech gov’t among the ‘worst ever’ 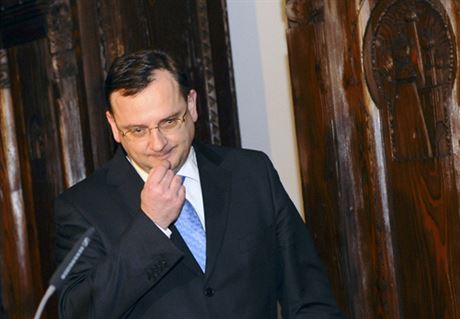 Czechs give very poor marks to the current center-right coalition government of the Civic Democrats (ODS), TOP 09 and Public Affairs (VV). A majority of the Czech public rated the work of the ODS-led government of Prime Minister Petr Nečas as either the “worst” or “one of the worst,” and also said they were “disgusted” by the government, a poll by the Center for Analysis and Empirical Studies (SANEP) found.

“Despite the disgust … just over half the public generally believes that the solution to the current gloomy political situation would be early elections in 2012. This finding … suggests an overall disappointment and mistrust in the political system in our country, regardless of political party and government groups,” SANEP said.

When asked to evaluate the work of the Nečas government, a paltry 2.3 percent rated it as “excellent” and 5.6 percent as “praiseworthy.” The more neutral evaluations of “good” and “sufficient” took 12.5 percent and 16.2 percent, respectively. “Insufficient,” however, was cited by a whopping 59.2 percent.

Asked to compared the Nečas government to other modern Czech governments, one quarter of respondents — 26.6 percent — said the current coalition is the “worst” and 37.6 percent said it is “one of the worst.” Despite all the scandals, though, another quarter — 24.9 percent — said it was “average.” Positive evaluations were scarce. 1.1 percent ranked it as the best and 4.2 percent as one of the best.

Another strong majority agrees with political analyst Vladimíra Dvořáková, who said that a coalition with a majority of 118 seats in the lower house of Parliament should have been able to accomplish a lot in a year. Its failures are due to the parties being tools of special interests, she said. Some 30.2 percent said “definitely yes” and another 46.5 percent said “yes” when asked if they agreed. Only 8.2 percent disagreed to any extent. “This shows the possible belief that politicians, whatever their party affiliation, prefer their own interests without any regard to societal needs,” SANEP said.

The poll took place June 3–8 with 12,537 respondents between 18 and 69 years of age selected according to sociodemographic parameters. The margin of error was 1.5 percent, according to SANEP.