Public Affairs fails to make the 5 percent cutoff for a second month, while the Christian Democrats are making significant gains 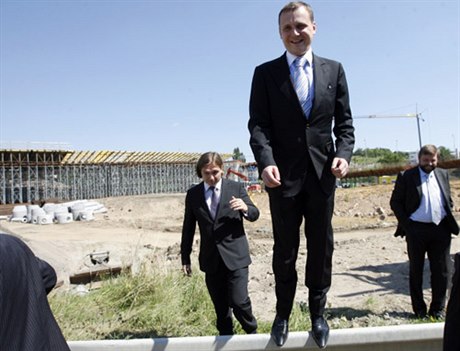 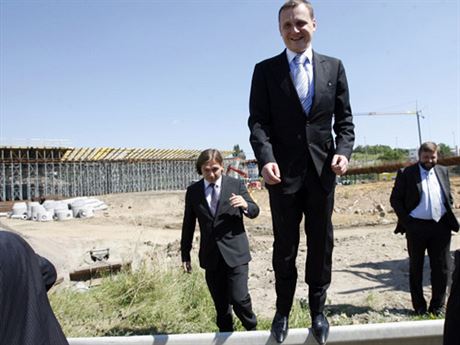 If elections were held now, Public Affairs (VV) would fail to get enough votes to enter the lower house of Parliament, while the Christian Democrats (KDU-ČSL) would squeak past the 5 percent threshold. Overall, the Social Democrats (ČSSD) would win, according to a straw poll conducted by the Czech Public Opinion Research Center (CVVM) in mid-June.

The adjusted June results — excluding people who don’t intend to vote and predicting undecided voters based on past behavior — showed little change from the previous month, with the largely unreformed Communist Party (KSČM) as the only gainer among current parliamentary parties, going half a percentage point to 15.5 percent. Conversely, the center-right coalition party TOP 09 fell 0.5 percentage points to 16 percent.

The big winners in the new poll are the Christian Democrats (KDU-ČSL), which jumped to 5.5 percent in the current adjusted results from 4.5 percent in the previous month, taking support from other small parties. This would put the KDU-ČSL back in the Chamber of Deputies. The party lost its seats in the 2010 elections when it received only 4.4 percent of the vote. The Greens (SZ) — the only other party to poll above 1 percent — still falls short of the cutoff, with 2.5 percent. The Greens also lost their seats in the 2010 election.

With the ČSSD coming in first with 33.5 percent, a left-wing ČSSD–KSČM coalition would have 49 percent of the vote, according to CVVM’s model.

The Civic Democrats (ODS), the current leader of the center-right coalition, would get 21 percent of the vote. But the junior coalition Public Affairs now polls at 3.5 percent, far short of the 5 percent needed to gain seats in the Chamber of Deputies. A pairing of TOP 09, and the ODS would have 37 percent of the vote, and even with the KDU-ČSL it would have 42.5 percent.

In raw polling data, the largest group is those who don’t intend to vote, at 25 percent, followed by the ČSSD at 23 percent, ODS at 12.5 percent, and TOP 09 and KSČM both at 10 percent. Those who don’t know or have no preference came in at 9.5 percent, and then there was a big drop until the KDU-ČSL registered 3.5 percent. The Greens showed with 2.5 percent, and Public Affairs was in last place among major parties with 2 percent. Other parties combined — including the Party of Civic Rights (SPOZ) and Sovereignty — had 2 percent.

Polling took place June 6–13, with 1,006 respondents above the age of 15 who were interviewed using a standardized questionnaire; some 967 of the respondents were qualified to vote.

Close but no cigar

A separate poll by rival agency STEM also found that Public Affairs would not get into Parliament. That poll, though, still held that the Christian Democrats were close to the threshold but still had not passed it.

In terms of representation in the 200-seat Chamber of Deputies, STEM translates these results into 91 seats for the ČSSD and 31 seats for the KSČM, giving 122 seats to a possible left-wing coalition. The ODS would get 50 seats and TOP 09 gets 28 seats, making 78 seats for a center-right coalition.