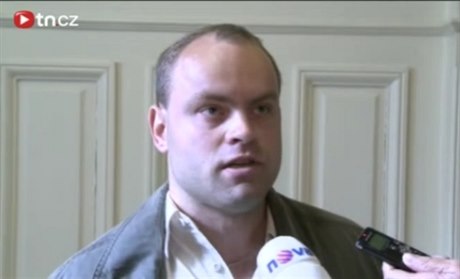 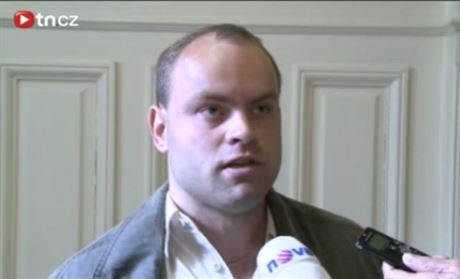 Former bus driver Roman Smetana, who drew derogatory comments and facial features on the campaign posters of the main political parties in 2010, has been put on the Czech police’s list of wanted persons after failing to turn up to prison to serve a 100-day sentence. He was handed the prison sentence after refusing to fulfill committee work imposed by a court in Olomouc.

Smetana was initially fined Kč 15,000 and ordered to fulfill 100 hours of community work for writing messages such as “thieves”, “prostitutes” and “liars” on some 30 party political campaign posters in the run up to parliamentary elections in 2010. Although he targeted posters of all the main political parties, the center-right Civic Democrats (ODS) received most attention from the former bus driver and it was the ODS that sued him for damages.

Smetana paid the damages because he said he feared court bailiffs may target his parents’ possessions if he did not pay up. He refused, however, to fulfill the community work or alternative punishment of home detention. The district court in Olomouc, where Smetana lives and “customized” the political campaign posters, handed a 100-day prison sentence for failing to fulfill the previous sentences imposed on him.

The prison sentence was handed down by Judge Markéta Langerová, the wife of former minister of Interior Ivan Langer (ODS), who failed to win reelection to parliament in the 2010 election. Smetana, however, did not formerly challenge Langerová on the grounds of potential conflict of interest given her husband’s prominent position in the ODS. However he said she certainly should not have been assigned to the case and that he did not recognize the legitimacy of the court at all, calling the case a “farce.”

“I know who your husband is. He’s one of the biggest bastards in the ODS and in all of Czech politics,” Smetana told Langerová in previous hearings last year.

Smetana has consistently refused to accept that he committed an offense. He argues that the posters were ultimately paid for mostly from taxpayers’ money, and secondly campaign posters are means for political parties to communicate with the public, and that by altering the posters was a means for a member of the public to communicate back with the political parties.‘I’m not at all afraid of bigger problems. I’m sure that more punishment would only further discredit the ruling elite.’

Last Monday (March 26) was the deadline for Smetana to present himself for imprisonment. Whereas before he said he would continue to go to work as a driver for the Olomouc public transport company until the police arrested him, on Monday he handed in his notice and didn’t go into work. His whereabouts are now unknown.

Police on Friday put Smetana on the list of wanted persons after the Olomouc court on Tuesday issued an order for his forced imprisonment. Earlier in the week he said in an SMS message to the ČTK news agency that he planned to attempt to dodge arrest. Asked if he was afraid that he would be subject to further punishment, Smetana responded: “I’m not at all afraid of bigger problems. I’m sure that more punishment would only further discredit the ruling elite,” Smetana said.