Polish theater hit gets a Prague staging in English 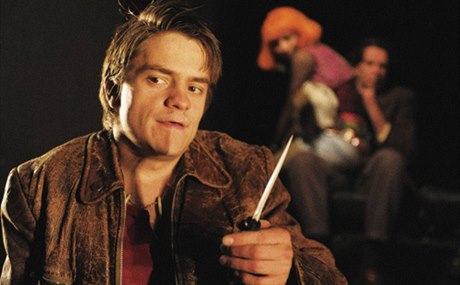 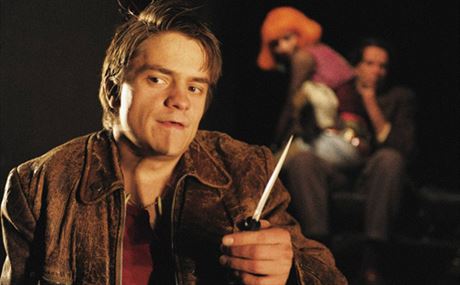 Polish literary sensation Dorota Masłowska’s debut play “A Couple of Poor Polish-Speaking Romanians” is entering its final stretch of English-language performances at Prague’s Theater Na zábradlí on April 28, to be followed by two more performances up to its May 12 finale.

“Couple” is a chaotic, fast-paced race to nowhere that is highly subversive of the road trip story it at first appears to be. Nor is it simply the harsh critique of post-1989 materialism that many of the Western critics reviewing the play’s performances in London and New York have pegged it as (many of them all too predictably resorting to the “lost in translation” cliché, which indicates nothing so much as their own critical deficiencies). New York theater critics might not be aware of it, but Eastern European theatergoers are already clued in to the whole hollowness of materialism thing.

What is so powerful about the play is how it speeds along past all these comfortable meanings into a much bleaker picture of the limits of freedom. Masłowska’s penchant for writing about the darker side of youth culture has drawn comparisons to Irvine Welsh of “Trainspotting” fame, but this play is darker in a different and more profound way than is Welsh’s writing, and more closely resembles the ending of “Easy Rider” — the “We Blew it,” that Dennis Hopper’s Billy the Kid mumbled as a harsh epitaph of the ’60s. What is left when the thrill of liberation has run its course?

The excellent writing is brought to life by a truly outstanding cast, combining Czech actors in the two main roles, while most of the adult authority figures are played by native English-speaking actors. The one exception is a dual performance by legendary Czech actor Jiří Ornest, who plays both a sarcastic, unsympathetic restaurant owner as well as a crazy old man locked away in the forest where the play reaches its tragic dénouement.

Teresa Branna as Gina, the drugged-up, seemingly pregnant single mother, is riveting on stage, in equal measures alluring, sexy and scary. Jiří Mádl as the sometimes threatening but equally charming Parcha also puts on an unforgettable performance, especially as his manic energy slips away and his mind begins to turn back to reality and the fact that he needs to be at work in the morning.

Jiří Mádl burst onto the scene at the age of 18 in the 2004 film “Snowboarders” (Snowboardáci), and after being in a number of other teen comedies branched out into a range of different film roles. One of those was the 2008 film “Night Owls,” for which Mádl won the Best Actor award at that year’s Karlový Vary International Film Festival.

For Mádl, “Couple” is not his first time acting in English. His role in Slovak director Juraj Jakubisko’s “Báthory” (2008), which though screened in Prague in a Czech version was originally shot in English, as well as his current work on the TV series “Borgia,” have provided him with valuable experience performing in a foreign tongue.

“But this is probably the biggest experience for me because it’s the leading role and it’s all in English,” Mádl told Czech Position, stressing that it is at once both challenging and liberating. “It’s a challenge because you have to learn more, you have to think, you have to ask your colleagues if it’s the right pronunciation and intonation. … But in English I feel like a different person; acting in a different language helps me escape my personality.”

Language plays a key role in the play itself, with the two protagonists being a pair of wild, reckless Polish youth passing themselves off as poor Romanians who happen to speak Polish. In the first half of the play, Mádl and Branna lay on a thick “Romanian” accent though it eventually falls away. It turns out this feature of the performance was something they came up with on their own.

“The accent helped us. It wasn’t written that the characters speak with an accent, but when we first started rehearsing we felt we really needed something to distinguish the languages, so we added the ‘Romanian’ accents,” Mádl said.

Though it might sound like a minor factor, the accents accentuated the supposed foreignness the main characters were meant to embody at the outset of the play, just as the disappearance of their accents was a perfect parallel to the falling away of their illusions to be faced with the specter of their everyday lives.

The role of Parcha had an obvious appeal for Mádl as well. The seemingly violent renegade at the beginning of the play is revealed to be a professional actor in Warsaw, well-known for his role as a priest on a popular soap opera. “In a way, the role was really connected to me because I play a young famous actor from an Eastern European country, which I have the experience of,” he said. What was new for Mádl, though, was performing this role on stage; the film actor acknowledges that performing in a smaller theater like Na zábradlí made it easier for him make the transition.