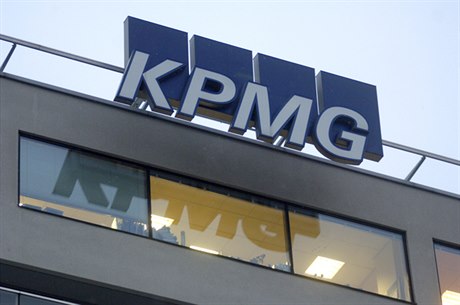 KPMG says the firm has been working with Mott MacDonald, not competing against it foto: Česká Pozice, Česká pozice 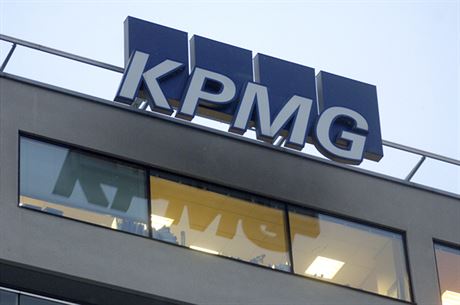 In Michálek’s report filed on Dec. 13, he alleges that the parties intended to manipulate public tenders issued by the SFŽP this year in favor of certain persons, and that the value of the tenders was set artificially high.

According to a police document made available to Czech Position, police have launched an investigation into allegations that a public tender and contract issued by the SFŽP for a range of advisory services relating to Operation Program for the Environment, was rigged. The fund’s managers wanted Mott MacDonald to be awarded the tender over KPMG, the police report reads

The police report states that according to Michálek’s testimony, on Nov. 24 the SFŽP management discussed a proposal to announce a tender for the establishment of conditions for the acceptance of water works projects and that the company DV Consult should be commissioned to organize the tender “to ensure that the company KPMG … and not Mott MacDonald be awarded the tender,” the police notice reads.

According to the police document based on Michálek’s testimony, the winner of the tender was to receive Kč 80 million, whereas according to Michálek, an almost identical tender agreed by the SFŽP in the first half of the year was valued at Kč 30 million. Michálek says that KPMG and possibly other subjects may have illegally gained Kč 50 million.

Czech Position’s information shows that originally the tender was to be for three years, but the second draft version was for five years.

“At present we are fulfilling a contract in consortium with Mott MacDonald in the area of financial-technical advice for the SFŽP and Ministry of Environment. In connection with this cooperation, we [KPMG and Mott MacDonald] responded to two further tenders issued by the SFŽP. However, both these tenders have been cancelled by the issuer. As far as we are aware, at present no such tender has been issued,” Eva Racková, a partner with KPMG, Czech Republic, told Czech Position.

Michálek handed his report to the police on Monday, Dec. 13, two days before the corruption scandal at the environment ministry that lead to his dismissal was brought to light by Mladá fronta dnes. On Dec. 16, Michálek was interviewed by police for further clarification.

His predecessor as head of the SFŽP, Petr Štěpánek, reportedly cancelled the tender in question this June. “I received a complaint from one of the relevant firms, which claimed that it was closed — and that the conditions of the tender were written to suit the company Mott MacDonald. I therefore cancelled the tender,” Štěpánek told Czech Position. “Nevertheless, there was pressure upon us to choose someone quickly, so we issued another tender still in June.”

There is no information on the SFŽP website about either a tender cancelled in June, or a new tender issued the same month. But there is information about the cancellation of tender organization procedures dated August 9, 2010 — just prior to Libor Michálek becoming head of the environmental fund.

“Decision by the issuer on the cancellation of organizational procedure,” posted on the SFŽP website refers only to five points in the law on public contracts that allow the issuer, in this case the SFŽP, to cancel a tender. These include a lower number of bidders than specified by the issuer, refusal by a winning bidder to enter into an agreement, and “cessation of reasons” for continuing with the tender.

It is not clear why the SFŽP cancelled the tender, nor is it known who registered interest in it. Martin Čech, the head of the SFŽP’s department for legislation and of public contracts, told Czech Position that he could not recall the reason for the decision in August to cancel the tender.