If the appropriate state organs received criminal complaints over the president’s apparent plan to pardon Tomáš Mailina, what steps are underway? 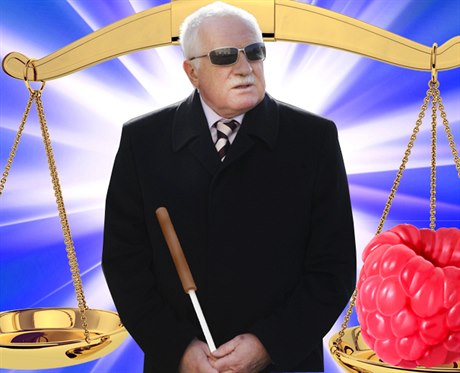 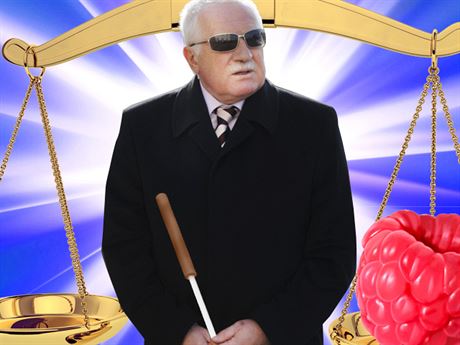 Two weeks before Prague Castle on Valentine’s Day published the names of 14 people President Václav Klaus had decided to grant clemency to, Czech Position and several other media received an anonymous message in which the author said he was filing a criminal complaint about an alleged payment of a bribe “in relation to a certain Mr. Malina.” Given the controversy surrounding Klaus’ previous pardons, we decided to verify the authenticity of the anonymous claims.

In the message received on Feb. 1, the author said he was sending the same message to Judge Horký of the Municipal Court in Prague, the state prosecution service in Prague, the Czech Police, the daily Mladá fronta dnes (MfD), the weekly Respekt and to the owner of the agricultural and chemical holding Agrofert, the billionaire Andrej Babiš.

Tomáš Malina, who was found guilty of embezzlement and fraud involving large quantities of fuel, appeared as the 15th name on Klaus’ clemency list. This is because Klaus has not officially granted Malina a pardon but, as stated in the official Feb. 14 announcement from his administration in Prague Castle, “a suspension of the prison sentence handed down for embezzlement pending a decision on his appeal for a pardon, which will be made on the basis of the state of health of the given person.”

Czech Position decided to check whether the appropriate state organs had received the criminal complaint and, if so, what steps are being taken.

The Prague Municipal Court received a criminal complaint relating to the presidential pardon of Tomáš Malina on January 16, the court’s spokeswoman, Martina Lhotáková, told Czech Position. Štěpánka Zenklová of the state prosecution service in Prague also confirmed the receipt of criminal complaints. “The Municipal State prosecution Service received two anonymous complaints both of which we passed to the appropriate district office, the State Prosecution Service in Prague 1, at the end of January,” she said.

Head State Prosecutor for Prague 1 Šárka Pokorná told Czech Position that her office had received two criminal complaints on Jan. 24 and Jan. 30. “The police’s Anti-corruption and Financial Crimes Unit (ÚOKFK) is verifying the complaints. “On February 8, we enquired as to what stage the verification process is in and now we’re waiting for an answer,” she said.

And finally, ÚOKFK spokesman Jaroslav Ibehej also confirmed that the police unit had received the complaint: “We have indeed received the criminal complaint from the State Prosecution Service, and our unit is now looking into it. However, we will not speculate as to when an outcome of our enquiries can be expected,” he said.

Hereunder is a summary of Tomáš Malina’s story as described by the server ihned.cz:

Last year Malina was sentenced to five years in prison for taking fuel from the petrochemical company Unipetrol [controlled by PKN Orlen of Poland] six years ago worth Kč 100 million but failing to pay for it. Malina instead used the money to buy shares in the Russian oil firm Tatneft. In court Malina claimed he bought the shares on the request of Unipetrol because at the time the Russian firm was planning to build an oil pipeline from Russia through Ukraine and Tatneft shares were rising in value. In January 2006, however, Russian and Ukraine got into a dispute over prices for Russian gas and the projected oil pipeline was cancelled.

Following this development, Unipetrol lost interest in the Tatneft shares, Malina claimed. Because no contract was signed between Malina and the Prague-listed for the alleged transfer of shares, the Prague Municipal Court rejected his version of events and sentenced him to six years in prison and ordered him to pay Unipetrol Kč 85 million.

Malina appealed against the verdict; nevertheless, when his case reached the Prague High Court last December, he had paid Kč 10 million to Unipetrol, which the court interpreted as an admission of guilt. At the same time, the court said the payment demonstrated a commitment to pay the damages and reduced his sentence by one year.

As pointed out by ihned.cz, Tomáš Malina was well acquainted with the late “boss of the Czech underworld” František Mrázek who was shot by a hired assassin in January 2006. In the 1990s, they both sat on the board of the firm Orlík, which hired premises in an out-of-the-way location. They ran the company together with Miroslav Provod, who with Tomáš Pitr was handed a five-year prison sentence for tax evasion. Pitr subsequently fled the Czech Republic and is now in custody in Switzerland pending an extradition ruling.

We also attempted to verify the information in the anonymous message according to which Malina allegedly attempted to sway a presidential pardon in his favor through his acquaintance Václav Petr, who is the owner of the company Erpet, whose assets include a golf club and indoor tennis club, and who is a friend of President Klaus.

In this connection, speaking on the political talk show “Questions of Václav Moravec” on Czech Television (ČT) last November, Agrofert boss Andrej Babiš alleged Václav Petr had attempted to elicit a bribe from him to ensure that Klaus would not veto a bill on biofuels. According to Babiš, a certain Vladislav Šavrda — who among others is the director of the tennis club on Štvanice island in Prague and Klaus’ tennis coach — arranged for him to meet with Václav Petr at the Hilton hotel in Prague.

According to the daily MfD, Klaus, Šavrda, Petr meet regularly over beer.

Václav Petr did not answer Czech Position6s calls, nor did he respond to the following questions we sent via SMS:

Malina’s lawyer, Daniel Tetzeli, told Czech Position that he did not have the consent of his client to comment on the issue and said he did not know about the criminal complaint.

We also sent the following questions to President Klaus’ office:

Klaus’ deputy spokesman Petr Macinka responded. “The police have not yet contacted the President of the Czech Republic regarding this case. The content of your other questions is not grounded in the truth. Again, it is necessary to stress that for the time being Mr. Malina has not received any pardon from the president,” he said.

Not the first scandal over Klaus’ clemency

In addition to Malina, another pardon announced on Valentine’s Day which immediately sperked controversy and prompted questions was haned to the former director of the Metropolitan University in Prague, Anna Benešová, who was found guilty of embezzlement and payment of bribes.

However, last year another case came to light which led to a police investigation.

Last October, the weekly Respekt reported on the presidential pardon granted to a former employee of the foreigners police in the Karlovy Vary region, Radka Kadlecová, who was sentenced to two years in prison for eliciting bribes from foreigners seeking Czech residency permits. The weekly published excerpts from medical records from the time when Kadlecová had a nervous breakdown precipitated by the prospect of facing two years behind bars.

Ladislav Jakl: ‘The pardon is not some form of prosthesis for justice; it’s not a polemic with the courts or correction of the courts. It’s not any part whatsoever of justice or the judiciary’

The head of the psychology department at the Ostrov hospital wrote in a report that Kadlecová “states that a ‘pardon has been bought’ for her from the president of the republic. When asked directly she responded that bribes were also taken by advisors to the president.”

The police began to look into the claims made in the article, but Klaus dismissed the report with “complete, unequivocal veto” that anything of the sort could have happened, apart from others factors because, he claimed, the technicalities in the process of granting pardons would make it impossible. Klaus labeled Respekt a “criminal magazine” but when asked why — if the claims were unfounded — he did not sue the publication, the Czech president said he did not want Respekt to gain publicity that a protracted trial would undoubtedly provide.

Commenting last Thursday on the controversy surrounding Klaus’ latest pardons and pressure from the media upon his administration to justify several of the decisions, head of the Political Department in the presidential administration Ladislav Jakl told Czech Radio:

“The pardon is not some form of prosthesis for justice; it’s not a polemic with the courts or correction of the courts. It’s not any part whatsoever of justice or the judiciary. If I were the president, I wouldn’t justify granting pardons at all. To explain what prompts individual, personal decisions is always complicated and never comprehensive.”

Meanwhile, a final decision from Prague Castle regarding Tomáš Malina is certain to bring the publicity of which Klaus spoke about, as will the outcome of police enquiries, and the Czech media will be inclined to pay ever closer attention to his presidential pardons as he enters the last year of his final term in office.