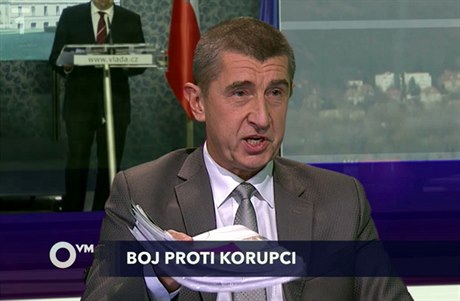 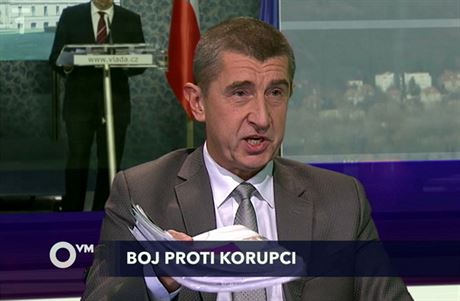 Incendiary comments and claims made by the Czech Republic’s third richest man, agro-chemical tycoon Andrej Babiš, on a political talk show on Sunday are continuing to cause a stir. Police announced Monday they are investigating his claim that businessman Václav Petr attempted to solicit a bribe from him to ensure President Václav Klaus did not veto a biofuels law affecting Babiš’ business. Later that evening, Public Affairs (VV) chairman Radek John claimed Babiš had paraphrased Hitler.

Speaking on the talk show “Questions with Václav Moravec” on Sunday, Babiš said he was ready to finance the entrance into mainstream politics of the civic movement against corruption he founded, ANO 2011, and elaborated upon his previous assessment about rampant corruption in Czech politics and bus in no uncertain terms.

“Who made the revolution [in 1989]? [former president Václav] Havel with [Valtr] Komárek and Šimon Pánek. Who abused it? The lord from the Castle,” Babiš said referring to Klaus.

‘His name was Vašek Petr …. Supposedly the owner of Erpet… He said he would sort something out’Babiš went on to claim that a certain Václav Petr, owner of the company Erpet Group —which includes an exclusive golf club and amenities at the Špindlerův mlýn ski resort in the Krkonoše Mountains, northern Bohemia — attempted to solicit a bribe from him to ensure that Klaus would not veto a bill on biofuels.

“His name was Vašek [Václav] Petr …. Supposedly the owner of Erpet… He said he would sort something out,” Babiš said, adding he doesn’t have documented evidence, though he does have witnesses.

The bill in question concerned raising the percentage of biofuel that can be used in petrol. The bill was vetoed by Klaus in 2010, though parliament later overrode his veto. Many Czech farmers had increased cultivation of beet root in anticipation of the law.

On Monday, Police Presidium spokesman Jaroslav Ibehej said the anticorruption unit would follow up on Babiš’ claim. “As part of our official duty we are looking into this matter,” he told Czech Television (ČT).

Klaus’ spokesman, Radim Ochvat, told Czech Position that the president would not react to Babiš’ claim. Petr, however, responded with comments to the daily Hospodářské noviny (HN): “I consider Mr. Babiš’ claim made on the program about some sort of demand for a bribe as completely insolent. … I categorically deny the claim and think that he is attempting to use some information about my acquaintance with the president for fabricated and inciting statements which are aimed at harming the president,” he said.

Petr told HN that he had met with Babiš twice, the second time being about two years ago to discuss the possibility of exporting food products to the Kuban region in southern Russia.

About a month ago, it emerged that the police are investigating an alleged bribe paid to the presidential administration to secure Klaus’ pardon for a former official in the Foreigners Police, Radka Kadlecová, who was conviced of corruption.

He called the party the “worst thing to emerge” in Czech politics since the end of the communist regime in 1989. VV’s deputy leader and deputy prime minister for the fight against corruption, Karolína Peake, was also on the show at the time.

Babiš claimed that in light of all scandals surrounding the party, mostly involving Vít Bárta — considered to be the party’s de facto leader, who now faces bribery charges — it is “absurd” that a member of VV should be appointed to head government’s anti-corruption effort and challenged her to resign from the party.

Hitler and the circus bear

On Monday evening John reacted by calling upon Babiš to stay out of Czech politics:

“Big businessman Andrej Babiš should immediately stop all his attempts to enter Czech politics. The reason is not only [his] vulgar and coarse way of expressing himself, but above all the completely unacceptable, shocking and condemnable use of a statement attributed to Adolf Hitler,” John told reporters on Monday evening.

Babiš, however, denies knowledge of Hitler’s comment about the Czechs. “Mr. Havlík from Občané.cz and a founder of the Civic Democrats (ODS) told me that phrase,” the businessman told the server of the weekly Tyden.

Babiš says he has no personal political ambitions but aims to recruit strong figures to stand for ANO 2011 in the next parliamentary elections.  Babiš’ appearance on Václav Moravec’s political discussion program has attracted considerable public attention. By Monday evening a total of around 120,000 viewers had watched the program, which is also available on the Internet, whereas the weekly program usually attracts between 10,000 and 20,000 viewers.

The boss and owner of the Agrofert holding is financing a publicity campaign for ANO 2011, taking out advertisements in national dailies as of the beginning of November.

Babiš says he has no personal political ambitions but aims to recruit strong figures to stand for ANO 2011 in the next parliamentary elections. On Sunday Babiš again insisted that ANO 2011 is not a political party, but a movement — for now.