Three industry representatives have resigned from the RVVI science council, claiming it has descended into a battleground for state funding 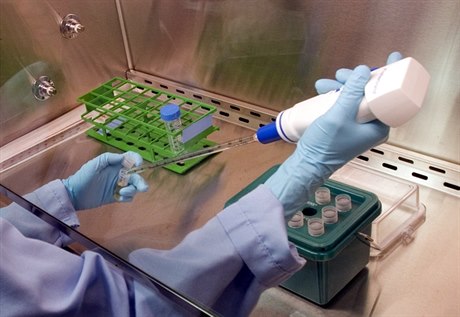 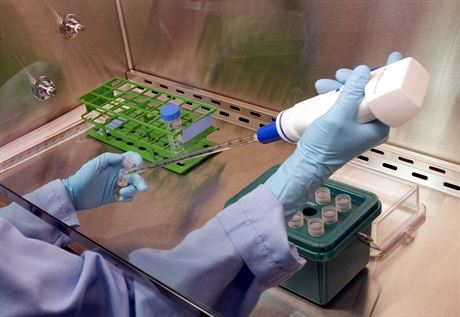 Despite the fact that the Council for Research, Development and Innovation (RVVI) is usually far from public attention, the council recommends how the government should allocate budget funds earmarked for science and thus wields great influence. It decides on scientific priorities such as whether to support development of an airplane or research into genome sequencing. In 2011, around Kč 26 billion is to be spent on science, with the Academy of Sciences due to receive Kč 5 billion.

According to Czech Position’s information, it is only a matter of weeks before the RVVI is disbanded. This should have happened before Christmas, but Prime Minister Petr N?čas’ (Civic Democrats, ODS) attention was diverted by the resignation of Environment Minister Pavel Drobil (ODS) over alleged corruption. Nevertheless, the new composition of the RVVI looks set to provoke controversy.

When we questioned potential nominees to the new council, it emerged that a government-appointed headhunter has already approached several candidates with offers. At least four candidates have already agreed to join the new council. However, according to Czech Position’s sources, the heads of the leading science and research institutions in the country — who are in a battle for funding — will not be invited to join the RVVI.

The council as a funding battleground

Current members of the council include the Academy of Sciences chairman Jiří Drahoš; head of the Czech Conference of Chancellors Petr Fiala (chancellor of Masaryk University in Brno); and until recently, President of the Union of Industry and Transport (SPD ČR) Jaroslav Míl. “These are three distinct groups of interests, and the council has become an arena for their disputes,” a council member told Czech Position.

The new council should comprise just one university chancellor, less dependent experts and also representatives of the humanities.

“We have not received any official notification from anyone. During the Academy of Science’s congress, Prime Minister N?čas didn’t tell me anything about the matter,” Professor Drahoš told Czech Position.

At a Dec. 15 conference hosted by the Technology Agency of the Czech Republic, Nečas expressed his dissatisfaction with the current RVVI. “We haven’t been able to improve relations between the Academy of Sciences and the universities, but it (RVVI) cannot be a battleground. […] With some exaggeration I can say that relations within the coalition government are idyllic compared to relations within in the Council of Research, Development and Innovation,” Nečas told the conference.

Nečas must first seek agreement from the governing coalition partners — Public Affairs (VV) and TOP 09 — before he can dismiss the current council. According to a report in Lidové noviny on Monday, Education Minister Josef Dobeš (VV) is prepared to support a change of the RVVI’s members.

Among the three recent RVVI departures was Zbyněk Frolík from the innovation company Linet. “Representatives of the Academy of Sciences managed to build the impression that the organ should be abolished and that it was the people from industry who were threatening its existence. The current council, on which sit the statuary representatives of the main recipients [of budget funds for science and research], has become a just a battleground for money. We had enough; we’re not needed there for that,” Frolík said.

Frolík, who collected the Businessman of the Year award in 2003, is an advocate of applied research and building stronger ties between science and the commercial sector. He says he would be willing to join the council again if the conditions are right: “I’m not against it, but I don’t want to waste time with unconstructive wrangling,” Frolík said.

Some scientists including Pavel Hobza, winner of the Czech Mind award in 2008, says the departure of the industrialists from the RVVI amounts to unacceptable pressure on the Prime Minister to replace the council. ‘Industrialists are used to setting targets and plans and then forging ahead to implement them. But it doesn’t work like that in the council.’

Tomáš Opatrný, RVVI member and Dean of the Faculty of Science at the Palacký University in Olomouc, is of a similar opinion: “Industrialists have a managerial mentality; they’re used to setting targets and plans, and then forging ahead to implement them. But it doesn’t work like that in the council. It was obviously frustrating for them and that’s why they left,” Opatrný told Lidové noviny.

However, Rudolf Haňka from the University of Cambridge, who certainly has an “academic mentality,” is also said to be considering handing in his resignation.

Critics of the government’s scientific policy oppose the long-term involvement of politicians in the RVVI ex-minister of education the RVVI of Miroslava Kopicová (now the deputy chairwoman of the council) and the influence of Martin Říman, former minister of industry and trade and currently an adviser to the prime minister.

Ideally, the RVVI should be comprised of independent experts who would bring their experience from science and research and together formulate a long-term concept for science in the Czech Republic on the basis of expert analysis,” says Martin Krummholz, Chairman of the Science Lives! forum told Czech position. “The council should support quality and perspective projects and eliminate the abuse of public finances used for projects which have nothing in common with science and research,” he adds.

“The aim should be to optimize the system to be as transparent as possible. The council is not institutionalized; it’s not accountable for its decisions and is unhealthily dependent upon the government administration. This makes the management of Czech science non-transparent. Given the current situation, our main demand is for the public and transparent appointment of council members,” Krummholz says.

The RVVI’s activities and powers: