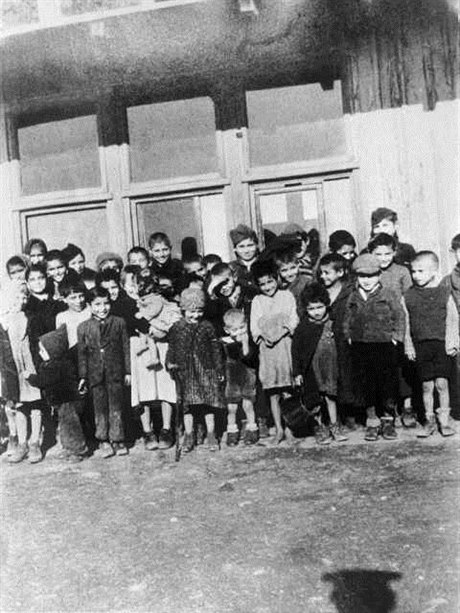 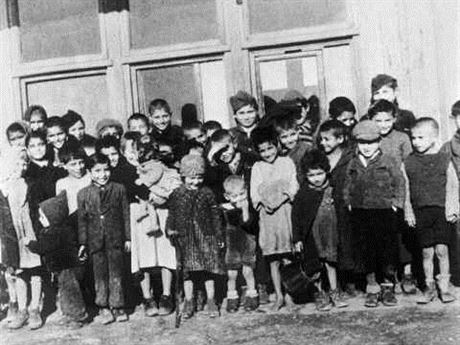 Prime Minister Petr Nečas (Civic Democrats, ODS) has said the Czech state has no money to buy a pig farm built over the site of a Czech-run camp where hundreds of Roma — mainly children — died from disease, hunger or abuse during the German occupation.

“I will not lie and paint a rosy picture of the situation,” Nečas said at a memorial service on Monday. “Currently, we have no room in the budget for such things.”

Not even ten percent of the 6,000 to 8,000 Roma living in the Czech lands in 1942 are thought to have survived the war. In November 1939, Nazi officials in Prague issued an order for all Czech “Gypsies” (Roma) to settle permanently within two months’ time. Adult men and women who didn’t comply with the order, or who couldn’t prove they earned a “respectable” living, were rounded up by local authorities—Czech and German—and sent to the purpose-built camps.

Most of them were held in Lety (where 85 Romani men and women, and 241 children died) or at a similar camp in the south Moravian town of Hodonin u Kunstatu, where 207 prisoners died. When those camps were shut down, the remaining internees from both were transported to the so-called Gypsy Family Camp at Auschwitz-Birkenau, and to other Nazi extermination camps like Treblinka. Few survived.

“We are in a place where innocent people died of typhus, dysentery and hunger and exhaustion,” Nečas said in a speech marking the 70th anniversary of the founding of the camp (which some, including Czech President Vaclav Klaus, insist was a “transit camp” rather than a “concentration camp”) in which he denounced racial discrimination against minorities.

Back in 2005, the Czech Republic was singled out in a European Parliament resolution for failing to remove the pig farm at the site and create “a graceful memorial” to honor victims of the Romani Holocaust. But each government has either called for the issue to be studied further or said there was a lack of funds to do so.

See related article: Holocaust: The ‘Devouring’ of the Czech Roma